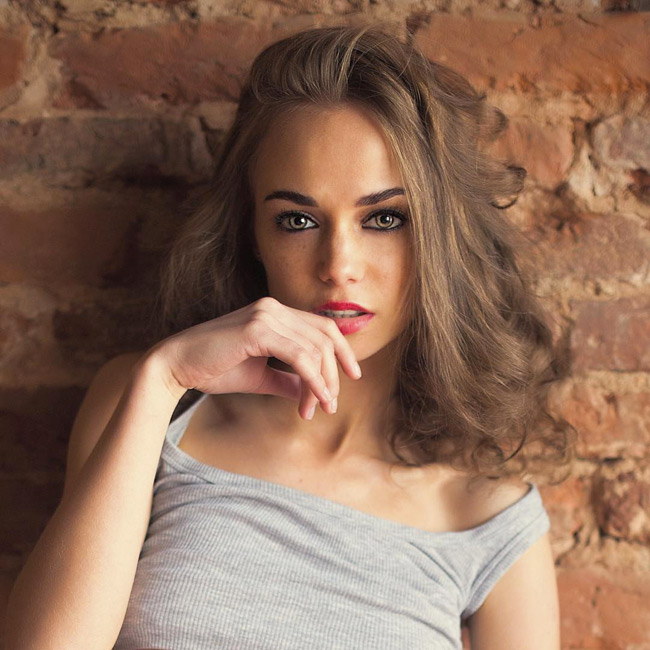 Katerina Kovalchyk is a bright star on the Hollywood horizon. She is young, brave and breathtakingly beautiful. She has green eyes. This Russian actress with enormous talent that finally premiered in Hollywood where she has just finished shooting her first film in American soil: 'The Private' directed by John A. Coulter. The film focuses on events of the American civil war from the female side.

She studied in a school in a small town of Russia till 9th grade and took start your career in acting and modelling. She also studied at Saint-Petersburg State Theater Academy. Her role as an actress in the film "The Private" propelled her acting career to the height where she is a recognized face in the film industry now. Her favorite hobby is horseback riding.
She has studied Civil War history and learned a lot about women at The Civil War. 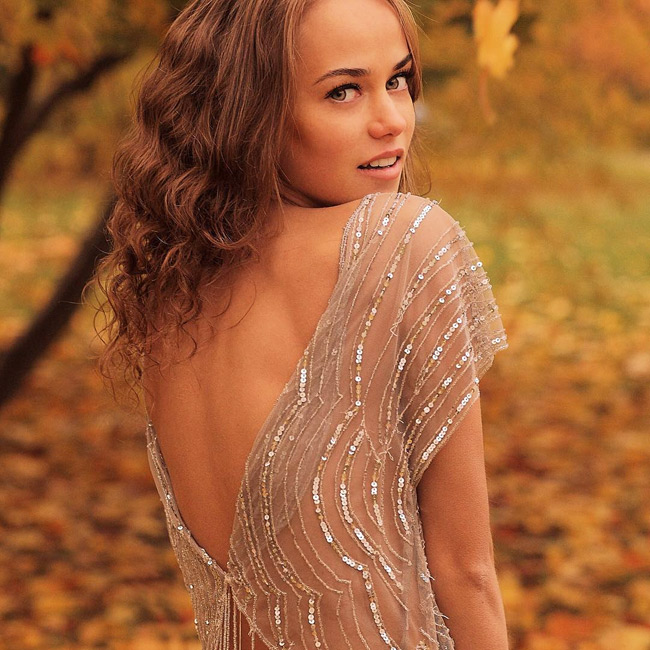 Ms. Namita Nayyar: You studied in a school in a small town of Russia till 9th grade and started your career in acting and modelling. You also studied at Saint-Petersburg State Theater Academy. Your role as an actress in the film "The Private" propelled your acting career to the height where you are a recognized face in the film industry now. Tell us something about this fairy tale journey?

Ms. Katerina Kovalchyk: You called it a fairy tale journey, you were right. It is actually a fairy tale. I always wanted to work in professional film industry and I knew I can do it. But on my actress' way I had a lot of obstacles and odds, they helped me in my successful career jump. In my childhood many people were telling me that I am an "ugly duck" who will soon become a "beautiful swan". It's happened. And this is only beginning! :)
Ms. Namita Nayyar: You moved from Russia to United States and Europe for your professional career. For an actress and model adjusting to new countries with their own cultures must be difficult and then to adjust with acting and modeling career in the new foreign land, what advice can you give to fellow actresses and models in a similar situation?

Ms. Katerina Kovalchyk: Yep, it's really difficult. It's difficult as if you landed on another planet. But, well, humans get used to new places eventually and  everything new is always double interesting! So, I can advice to everyone - be strong, bold, learn fast and believe in yourself!
Ms. Namita Nayyar: You are world leading media personality, model and an actress in films and theater. How you manage such a remarkable multi-dimensional lifestyle?

Ms. Katerina Kovalchyk: It's simple - I do a lot of work. So I have time to do everything what I want. My modeling work is a good experience for my acting work as well as vice-versa. In our world we have so many interesting things which we want to do. And I have a lot of plans and ideas for the future. But my heart of course belongs to films.
Next