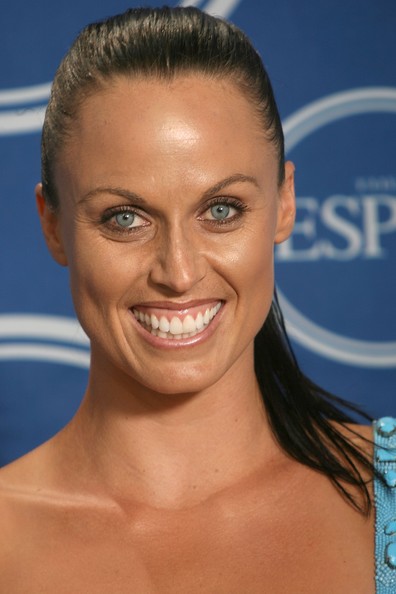 Amanda Ray Beard is an American swimmer and a seven-time Olympic medalist (two gold, four silver, one bronze). She is a former world record holder in the 200-meter breaststroke (long course).

Beard’s success has earned her the American Swimmer of the Year Award twice. She has won a total of twenty-one medals in major international competition, five gold, thirteen silver, and three bronze spanning the Olympics, the World Championships, the Pan Pacific Championships, and the Summer Universiade.

Beard made her first Olympic appearance at the 1996 Atlanta Olympic Games at the age of 14, while still a student at Irvine High School in Irvine, California. She was often photographed clutching her teddy bear, even on the medal stand. Beard became the second-youngest Olympic medalist in American swimming history when she won three medals in Atlanta—one gold and two silver. At the 2000 Summer Olympics, Beard won a bronze a medal in the 200 m breaststroke.

Beard attended the University of Arizona where she won an individual NCAA Division I championship in 2001. In 2003, she became the world champion and American record holder in the 200-meter breaststroke. At the 2004 U.S. Olympic Swim Trials, she qualified to participate in four events at the Athens games and broke the world record in the 200 m breaststroke. She went on to win the gold medal in the 200 m breaststroke. Beard also won silver in both the 200 m individual medley and the 4×100 m medley relay. Her split in the medley relay would have won her the gold medal in the 100 breaststroke; her split was the fastest out of the eight competing (1:06.32)

At the 2008 US Olympic Swim Trials, Beard finished second in the 200 meter breaststroke event, and she qualified for her fourth consecutive Olympics. On July 30, 2008, at the US swimming team’s final training in Singapore, Beard, together with Dara Torres and Natalie Coughlin, were elected co-captains of the US Olympic women’s swimming team.

Her modeling work has included appearances in FHM, the 2006 Sports Illustrated Swimsuit Edition, and the July 2007 issue of Playboy magazine. She is a spokeswoman for Defenders of Wildlife, and enjoys interior decorating. Both of her sisters, Leah and Taryn, are swimmers. Amanda placed eighth in the Toyota Grand Prix of Long Beach Celebrity car race in 2006.

In November 2007, Beard made her first television commercial for GoDaddy entitled “Shock”. It featured her “flashing” the seven Olympic medals she won from 1996–2004. Mark Spitz made a cameo appearance. In April 2008, she joined Fox Network’s popular sports talk program, The Best Damn Sports Show Period as a correspondent, covering major sporting events. 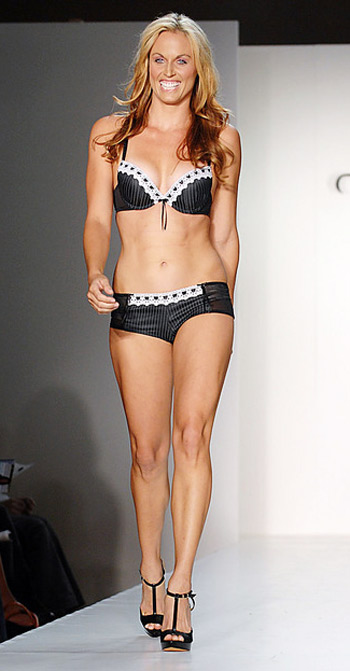 Amanda Beard is seven-time Olympic swimming medalist. She has twenty-one medals in major international swimming competitions. She is in conversation with Namita Nayyar, President Women Fitness.