Ginger (Zingber officinarum) South Asia – stimulant, rootstock eaten ormade into tea. Has hot qualities, brings fire into the body. According to Oriental science, 7 to 8 cloves a day will balance systemic yin and yang. However, you may find it difficult to get a date with the quality of breath this dosage can garner. Garlic enhances the nervous system’s ability to react to nitric oxide, an essential step in the erection process (of a penis and/or a clitoris). Garlic is well known to assist in preventing and helping cure several medical conditions that are often the cause of erectile dysfunction, including hypertension, heart disease, and atherosclerosis. Garlic is an effective agent for treating nervous problems such as headache.

Gingko (Ginkgo biloba) China, Japan – invigorator, seeds eaten. The plant is a last surviving representative from the Mesozoic period, 240 million yaers ago. Grilled seeds are very good aphrodosoac for men, they bring power in the lower abdomen.As a reliable peripheral vasodilator, Ginkgo is an excellent supportive agent to help remedy erectile dysfunction. It increases blood circulation and flow of oxygen to the brain, helping counter the negative effects of antidepressants (Prozac, fluoxetine, and so on) on sexual function. It has a direct effect on endothelial cells that enhance blood flow of both penile arteries and veins without any change in systemic blood pressure. Gingko supports sexual function by enhancing blood circulation while concurrently improving the nitric oxide pathways that is an essential step in the erection process.

A rejuvenating Ayurvedic herb, Gokshura is used to support proper function of the urinary tract and the prostate and is an excellent circulatory system tonic that can help build muscle and strength. This fruit contains a steroidal saponin shown to improve libido in men experiencing impotence. Men taking it have experienced an increase in sexual desire and fantasies and, most important, the feeling of sexual self-confidence. Some men experienced prolonged duration of intercourse before ejaculation, and most experienced improved erection and enhanced joy, pleasure, and satisfaction with their sexual experiences. This saponin also shows an ability to stimulate sperm production and increase the quality, motility, and survival time of sperm. Research indicates that Gokshura increases the endogenous production of luteinizing hormone; some researchers believe LH in turn stimulates endogenous testosterone, elevating sexual performance and desire in both men and women.

Hemp (Cannabis sativa) – mild psychodelic, ensiteserotic sensations, female flowers smoked, resin ingested. It is one of the humanity’s oldest cultivated plants. Marijuana and hashish just like wine, is the most used inebriants

Henbaneor devil’s weed (Hyoscyamus niger) nightshade (Solanaseae) family, Eurasia, North Africa – has inebrating and aphrodisiac effect, poisonous. Herb of sun god Apollo and Hercules, a plant with connection to heaven and hell. A person able to ingest it can anter both of these regions. Was widely used among ancient Germanic and Slavic tribes. They was making mead- the drink of Gods-made of honey, with other added ingridients like poppy or opium, henbane and others. Egiptions brew beer with henbane seeds, and germans took the recipy. This beer was drunk to the honor of the god Aegir till souls joined the union with the gods. In 1516 rules of beer purity was applied by chirch and use of drugs like henbane was forbidden, instead they begin to brew beer with hops. Since it is poisonous it,s better to smoke the plant or use in ointmentsor throw henbane seeds into fire.the aphrodisiac effect is a result of muscle-relaxing and psychodelic effects of alkaloid scopolamine (40%)

Horseredish (Armoracia rusticana) – stimulant, root ingested. Root often looks exactly like an erect penis. Like other pungent spices it foments love. It popular for renewing strength after sexual exhaustion. The root is rich in vitamin C, potassium,Ca, Mg, Iron and enzumes, stimulate activity of stomach and intestines and has expectorant, diuretic and warming effect.

Irish Moss – helps to boost the production of semen in men. I think it’s the zinc in it that does it.(a tip from my friend Chris)

Justica (Justica pectorialis) Central America, West Andies – invigortor, Entire plant is dried, made into a poweder and is effective as aphrodosiac only as a snuff or smoked, especially with Marijuana.

An Ayurvedic herb used to balance kidneys and nervous system, it is one of the premier rejuvenating herbs for men and women, having a highly esteemed reputation as a powerful aphrodisiac. It is used to enhance sexual potency and as a tonic herb to reverse the aging process. Kapi Kacchu seed also shows fertility promoting and spermatogenic effects in men, improving sperm count and motility. This powdered seed is reported to increase testosterone, and, due to its natural ability to generate L-dopa, it ultimately stimulates the production of human growth hormone (HGH), which acts as a prolactin inhibitor, in the pituitary gland. (Increased prolactin is said to be responsible for up to 70 percent of erection failure in males.) In a study involving fifty-six men, each was treated with Kapi Kacchu for merely four weeks. The results showed stronger erections, longer duration of coitus, and enhanced postcoital satisfaction. Crowds of joyful men and women lined up to participate in future testing.

Kava-kava (Piper methysticum) Polynesia-invigoratour, increases performance, ritual drink, extract made of root after frmentaition ingredients of the root change and have psychotropic and aphrodisiac qualities.Kava is not an aphrodisiac per se, but it’s certainly a mood elevator, stress reliever, and phyto body massage. Kava relaxes the mind and clarifies thought. It releases muscle tension, reducing anxiety, nervous tension, and stress. All in all, Kava can help create a mental and physical environment more tailored to romance.

Koribo (Tanaecium nocturnum) Central and South America, Carribean- psychodelic, magical agent, use decoction or cnuff made from the leaves. Root cortex is made into aphrodisiac tea.

Lakshmana (Calonyction muricatum) India – tonic, vajicarana, ingested. Vine, is also called Shiva tendril, considered a yoga plant and symbolizes Kundalini serpent, the active female energy, shakti, that links human with the divine. She is the lover of Shiva and when it awakens it has the desire to unite with him, sitting at the crown shacra. This desire is sexual, like any desire. The brew from lakshmana plant awakes the kundalini and is regarded the best vajikarana (aphrodisiacs). All parts of the plant contain 3.7% benehic acid, which has central stimulating, psychoactive and aphrodosiac qualities.

This small tree, found throughout the jungles of Malaysia and Southeast Asia, goes by many names, but is commonly known as “tongkat ali” and Malaysian Ginseng. Natives consider every part of the tree as medicine; however, the extract known as Long Jack or Eurycoma longifolia Jack (ELJ) is taken from the roots. Long Jack has many healing properties, but in the United States, it is especially prized as an aphrodisiac and a libido booster with the ability to improve male potency and drive. Long Jack is believed to stimulate production of endogenous testosterone and to reduce the levels of bound and metabolically inactive testosterone. It is said to achieve this action through the leuteinizing-hormone pathway. Therefore, men who use this herb report increased feelings of well-being, increased sex drive, improved joint health, greater recovery from exercise, improved mental focus, and improved immune system function. Side effects are rare; however, some individuals, who probably took too much at once, report experiencing insomnia, restlessness, and impatience. It is probably best to take small amounts over a two- to-four-day period.

Lotus (Nelumbo nucifera) Asia – invigoratour, seeds eaten, roots made into flour. The flower is a symbol of cosmic vagina, the seeds a symbol of divine creation and the entire plant is a symbol of enlightment, spiritual development and eternal life. Mild, mostly ritual aphrodosiac, affecting subtle levels.

Lovage (Levisticum officinale) Eurasia – stimulant, ingested as spice. Fresh roots is used to prepare the love drink that softens the even most prudish women.

A hearty root vegetable grown high in the mountains of Peru, Maca is a nutritive tonic for men and women that optimizes physical stamina and endurance, sexual health, potency, and fertility and enhances sexual appetite by increasing libido. Couples native to the Peruvian mountains prize Maca’s fertility powers; men and women having difficulty conceiving eat Maca continually until conception occurs. Peruvian physicians and researchers claim it has a positive affect on ovarian function in women and erectile function in men. As a restorative tonic, it optimizes erectile function, increases quantity of semen and sperm motility in men, and stimulates ovarian, or Graafian, follicles, which release the ovum in female ovulation.

Muira puama (Liriosma ovata) S America – tonic,extract of bark and wood ingested or fresh parts of the plant chjewd for infertility and to increase pleasure. Boil the dry wood and bark for 40 min, however, alcohol extract is the most effective. Contans esters, resins, sitosterol.This Brazilian herb, known as “potency wood,” is used as an aphrodisiac by Brazilian natives; the root and bark are taken internally to enhance libido and increase circulation in both men and women. Muira puama is a nervous system tonic that enhances sexual libido and increases circulation, having a positive effect on the erectile tissues of both men and women. It is used to remedy sexual weakness, erectile dysfunction, and performance anxiety in men and diminished sexual desire in women. This herb is quite safe to use regularly. 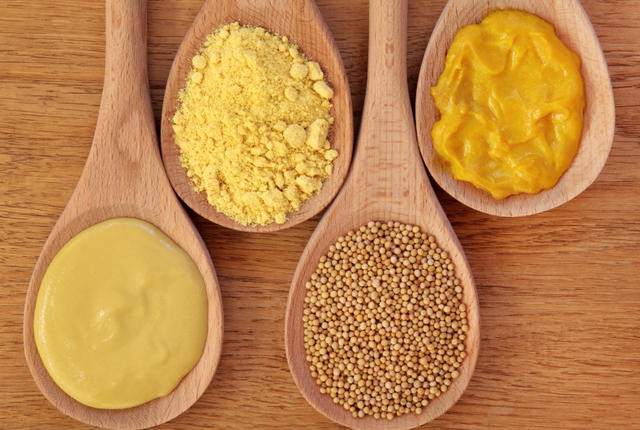 Orchis- invigoratour, use flour made from root