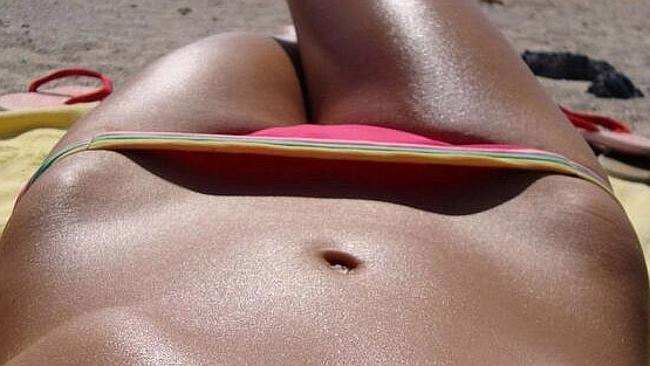 ‘Bikini Bridge’ term which has been around since 2009, is circulating on social media now. Bikini Bridge means when bikini bottoms are suspended between hip bones, causing a space between bikini and lower abdomen. Actually it began as a hoax but has now gone viral on social media. Blogs were launched for girls to post own shots and thousands have responded. Body image experts say it’s ‘horrendous thinspiration’.

What is ‘bikini bridge’ trend? Where very thin women take pictures of the alliteratively named gap between their bikini and pelvic regions, and then tweet them out with the hashtag #bikinibridge? Well, if this is the first you’re hearing of it – don’t panic. This is not another ‘thigh gap’ situation where women are encouraged to have unattainable body shapes; thankfully it is an internet hoax. The #bikinibridge ‘trend’ came out a few days ago when online forum 4chan decided to create a viral hoax about it. All it took was a fake Tumblr, screenshots of false tweets from celebrities like Harry Styles and Justin Bieber endorsing the bikini bridge, and lo and behold, it was an internet trend.

Louise Adams, a clinical psychologist who specializes in eating disorders and body image told The Sydney Morning Tribune that this is “just another example of the objectification of women and their bodies” and because of social media, it was too easy for the bikini bridge to become a trend.

“Social media creates competitiveness between other women. We know this largely effects younger women and this is exactly who is using these sites,” she said. “This is a generation who has grown up with social media and at the same time, eating disorder figures have doubled.”

So, the “thigh gap” was a thing last year. And now this is. The troubling part about it is that the “bikini bridge” trend was actually it started as an Internet hoax, but now it’s real.

The bikini bridge is a term for the space you get between your bathing suit bottom and your hip bones when you lie down. We guess it’s something to strive for, although we’d rather there not be a space where our crotch is. Are they skinny or just wearing ill-fitting bathing suits? Anyone can have a bikini bridge if they buy suits three sizes too big, right? 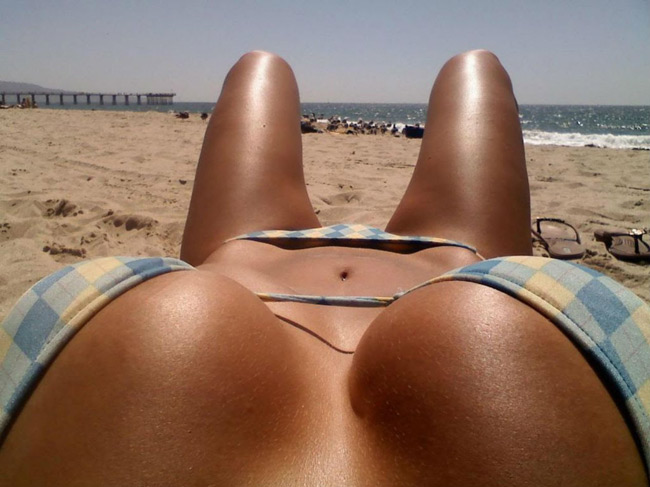 A 4chan user decided they wanted to create a new body trend and attempt to make it go viral. They created propaganda in favor of the trend (fake celeb tweets supporting the bikini bridge, Buzzfeed lists, etc.) as well as propaganda against the trend. Then they sat back and watched the Internet explode.

And explode it did. There are now Tumblrs and Instagrams dedicated to either showcasing the bikini bridge or denouncing it. There are tags on Twitter for both sides of the issue, and look, we’re writing about it, too. As are a lot of other websites. So well done, 4chan user. The bikini bridge is now a mainstream thing.

Now impressionable young woman could possibly go to great and dangerous lengths to try and get the bikini bridge. Don’t get us wrong, there is nothing wrong with having a fitness goal or striving to become a healthier person. But something like this shouldn’t be the benchmark for beauty.

‘Bikini bridge’ Urban Dictionary describes as ‘when bikini bottoms are suspended between the two hip bones, causing a space between the bikini and the lower abdomen.’

Buzzfeed has also posted an article entitled ’12 perks of having a bikini bridge’ with reasons such as ‘it is the ultimate beach accessory’, ‘Harry Styles will be 857 per cent more attracted to you’ and ‘you and your girls will become the talk of the town’.

As a result, in just 24 hours, what began as a hoax has snowballed. Thus, #bikinibridge and #bikinibridge2014 was tweeted more than 2,400 times, with Harry Styles’s endorsement – which has since been deleted – receiving 115,359 favourites.

Lucy Attley, Dove Spokesperson who works on their self-esteem campaign, says: ‘The bikini bridge is yet another example of piling pressure on women to feel increasingly anxious about their bodies. ‘Our ambition at Dove is for beauty to be a source of confidence, not anxiety. We want to inspire women everywhere to feel good about the bodies they have, and not experience the constant pressure that drives beauty anxieties, portraying an ideal of beauty that is not real or reflective of women in the UK. 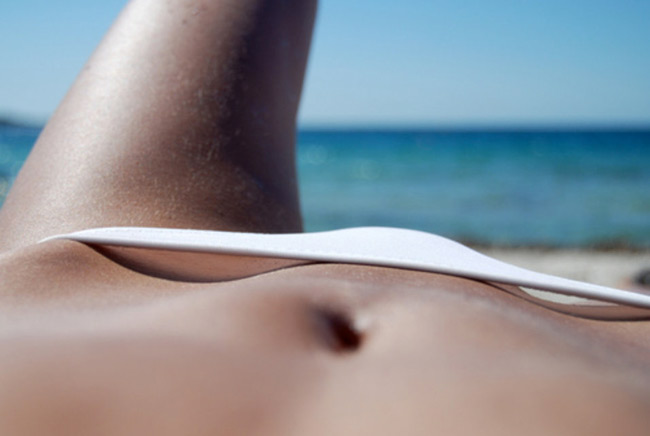 ‘Images like this used to be constrained to pro-anorexia websites – which are themselves dangerous, damaging communities for young men and women to encourage disordered eating behaviours.
‘The fact that, alongside the thigh gap, the bikini bridge has now been covered by mainstream media sites as a positive attribute that women should aspire to have, just shows that ideas around women’s bodies are getting worse, not better. ‘Bikini bridge or otherwise, we need to learn that bodies are beautiful in all shapes and sizes – and encouraging young women to strive towards something like this is an unhealthy result of a body shaming culture which is causing over 4,500 girls aged 15-19 to develop a new eating disorder every single year.’

Bikini Bridge is now the latest fitness fad on the internet and shall be taken in a stride. 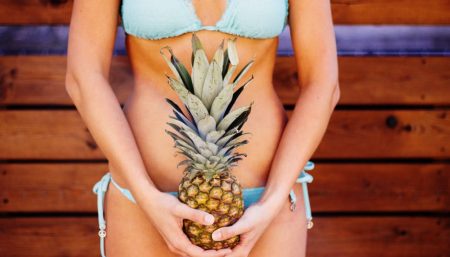 Searching For 'The Best Bikini' For Summer 2018? Find It Here!