Large, round and firm breasts are what many women desire to have. For many, full breasts symbolize beauty and enhance a woman’s femininity. While some women are naturally blessed with firm breasts, there are many who are extremely conscious about the small size of their breasts.

The breast is a mass of glandular, fatty and connective tissue. Breast tissue changes during puberty, during the menstrual cycle, during pregnancy and after menopause. During puberty, the breasts respond to hormonal changes in the body and begin to develop. Estrogen and progesterone are the two hormones that play a key role in the development of breasts. Nutrition and genetics also play an important role in determining the size of a woman’s breasts.

The beauty industry is flooded with a variety of breast enlargement options ranging from creams, pills and hormonal injections to expensive surgical options. If you want to go the natural way, there are some natural remedies that can give you good results.

Natural methods can be effective but will take time, patience and consistency in your approach. However, natural remedies may not help women who have small breasts due to hereditary factors.

A wide selection of herbs and plant supplements purported to cause breast growth. Though some women swear by these natural medicines, none have been scientifically proven to be as effective as traditional “Western” cures and should be regarded with a healthy degree of skepticism. Additionally, certain naturopathic herbs can cause potentially serious complications in people who are taking certain medications (especially blood thinners) so you’ll always want to talk to a doctor before beginning a course of herbal supplements.

Some herbs that encourage breast growth are: 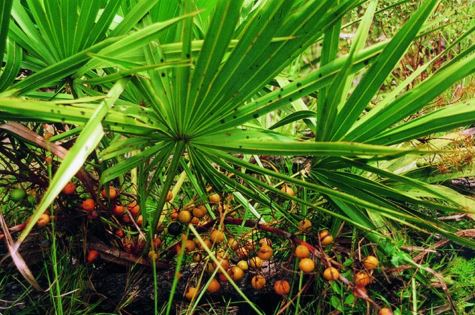 Breast enlargement can be enhanced by certain hormones including prolactin, progesterone, growth hormone and estrogen. In recent years most women have been seeking natural ways to increase the size of their breasts as opposed to undergoing the breast surgery or breast augmentation. The use of organic food products and herbs have been used for quite some time to enhance the enlargement of breasts.

Saw palmetto has come to the aid of many women who desire to enhance the size of their breasts and have a firmer and fuller shape of the breasts. The use of saw palmetto to enhance breast enlargement started very long time ago and until up to date naturopathic physicians still recognize it for that purpose. Its enhancing effects on breasts are caused by the phytonutrients which stimulate the development of breast tissue thus improving health, appearance and size of the breasts.

In the early years, the American botanists observed that in animals which fed on saw palmetto berries looked more robust and healthier, they had a renewed sexual vigor and an enhanced muscle tone. Saw palmetto herb also stimulates prolactin production.Prolactin promotes the enlargement of breasts and production of milk in breastfeeding mothers.

Saw palmetto has no drug interactions or side effects thus, its most suitable for women who seek to enhance their breast size and appearance. Saw palmetto is normally available in oral capsules, natural berry, tea and tablets form.

There is no any fixed dosage that is recommended though it’s better to begin by taking 160 mg of 85-95% extract twice daily.Often,the results are seen within the first 30-60 days. However, how fast the results are achieved varies from one individual to another, as in some women the results will take almost a year to appear.

When saw palmetto is mixed and taken together with certain herbs (particularly those that contain diosgenin),the results are achieved quicker and also there is more increase in size of the breast compared to when it’s used alone.

Saw palmetto is purported to encourage breast enlargement. This supposed benefit is based on the premise that the herb stimulates the production of the female hormone prolactin. Prolactin is a hormone released by the pituitary gland that promotes breast development and milk production in women who are breastfeeding, according to the National Institutes of Health. It is believed that when taken during the follicle phase, it helps lower the testosterone (the male hormone), resulting in more of the estrogen and prolactin making the breasts grow.

Kava (Piper methysticum), often called kava kava, used traditionally in the Western Pacific and the name may refer to both the plant and the beverage made from the roots. Kava has a calming effect and has become quite a common ingredient in herbal medicine for sleep problems and anxiety. 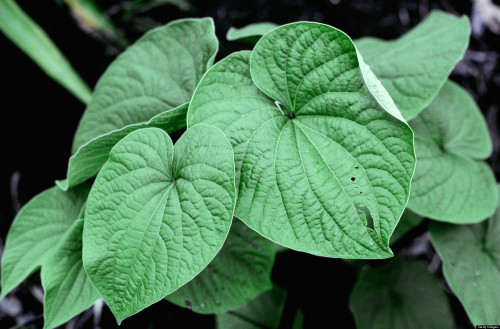 Kava (kava kava) is found in many cultures around the Pacific: Polynesia, Vanuatu, Melanesia, parts of Micronesien and Australia. Traditionally, in medicine we use crushed roots (rhizomes) from kava mixed with a little water and sloughs. The liquid is mixed with cold water and we should drink the medicine while it’s still fresh. Traditional uses seem to be mainly as a relaxing agent in social settings.

The psychological effect kava has is mainly mild sedative and muscle relaxant. This herb is best known in the West to be soothing and also has mood-enhancing effect which is also documented in studies thanks to its calming influence impairs their mental performance. It is recognized that the effect may vary slightly depending on plant conditions and how the preparation is done. With the standardized extracts the benefits of the herb is present to most users.

There has now been fairly well -conducted research on kava. The Cochrane Database of Systematic Review (2009) concluded from analysis of seven studies that kava is effective against anxiety and reported adverse events were mild, transient and infrequent. In one study (placebo-controlled and double-blind) made at the University of Queensland, Australia, published 9 May 2009 in Psychopharmacology examined the kava in patients who had generalized anxiety a month or longer. Some of the patients had concurrent problems with depression. Treatment included the patients taking five tablets daily of extracts of kava with a daily dose of 250 mg kava extract. The conclusion from the study was that:

The effect of anxiety was not worse with concomitant depression.

It is believed that Kava Kava in able to increase the body’s production of prolactin; one of the hormones that are responsible for breast growth. In fact, The American College of Obstetricians and Gynecologists has referred to a study with 59 participants taking the Kava extract for two months and 39 of them have reported back with the increase in breast size. This study was placebo-controlled.

Wild Yam is an herbal plant whose roots and tubers contain plant-derived female hormone called diosgenin, which is the precursor to Progesterone and DHEA. This herb has many plant-derived estrogens which are normally produced by the human diosgenin which stimulates the body’s own hormone production. Extracts from the root of Wild Yam contain an alkaloid substance which relaxes the abdominal muscles. 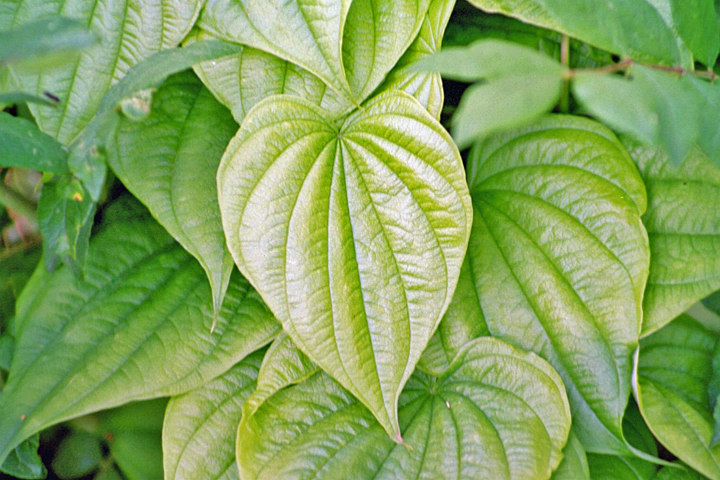 Wild Yam also contains steroid saponin, which is considered to act as an anti-inflammatory and reduce puffiness. It is recognizable by its slender red-brown trunk and drooping yellow flowers that bloom in summer. During the 1940s, Wild Yam was found by researchers and scientists. Until then, the production of these hormones could only be done by expensive multistage extraction in animals.

Wild Yam is currently the main source of semi-synthetic Progesterone, DHEA and other hormones. Recently, Wild Yam won the reputation of being one of nature’s best sources of phytohormones. Wild Yam can help to redress relief without side effects or toxicity.

However, accordingly to studies by Klaus Ferlow; the honorary president of Master Herbalist of Dominion Herbal College in British Columbia, the side effects of hormone replacement therapy, such as increased risk of breast cancer, heart attacks, blood clots and stroke, leaving many women looking for the natural option found in wild yam.

It is believed that the diosgenin in wild yam balances a woman’s menstrual cycle and reproductive hormone. Wild Yam can lead to production of natural progesterone and also affects a woman’s estrogen levels. It adapts to what the body needs.

Diosgenin, however, cannot be converted by enzymes in the body, so instead it’s done in the scientific laboratories to make it a more absorbable, effective option.

Since it is a herbal medicine, there is no standard in recommended dosage like prescription drugs. It is best to follow the instructions on the product label. But for the purpose of breast enlargement or treating menopausal symptoms, recent study has shown that women who replaced their staple food with 390 grams of wild yam (2 of 3 meals a day) for the period of 30 days have experienced major increases in concentrations of estrone (26%), sex hormone binding globulin (SHBG) (9.5%), and a near significant increase in estradiol (27%).

Wild Yam also comes in the form of a cream and should be applied to large, thin skin areas, such as the inner thighs, face, neck, upper chest or abdomen. Rotate application sites daily. Allow three months for results. Klaus says that the longer a woman uses wild yam cream, the more positive impact she will notice.

Wild yam (Dioscorea barbasco) is something that has historically been used in herbal medicine for women’s health. Some of the positive effects wild yam has include smooth muscle relaxation and a mild diuretic effect. Contrary to the information provided by the companies that produce wild yam supplements, wild yam is not converted to progesterone in the body.

This transformation can only occur in a laboratory.The body may absorb wild yam extract through the skin, which may have some effect on menopausal symptoms. Saliva and blood tests show no change in progesterone levels in the body.

Wild Yam is probably the most widely used herbal tonic for women’s health. It is widely used as a breast enlarger and a sexual stimulant and is recommended by herbalist Susan Weed author of “Breast Cancer? Breast Health!” for healthy breast tissue. Wild Yam has long been used for it’s benefits in women’s reproductive health, including premenstrual syndrome and menopausal problems. It can be taken in capsules or in tea (though there are mixed opinions on the flavor). The powder can be added to creams or vaginal ointments, and can be added to your lotion for breast massage. The phyto-nutrients in wild yam are a good compliment to the nutrients in fenugreek for stimulating breast size increases.