Danni Levy is one of Britain’s most celebrated media health figures. She has trained as a performer from Italia Conti Academy of Theatre Arts London and has appeared on the reality TV series ‘Life on Marbs’, ITVBe.  As the author of The Pyramid Diet (Penguin Publishing 2012), Danni’s works have been reproduced in Italian, German and Arabic. Danni currently writes for The Sun newspaper and has earned numerous high profile features. In addition to her skills as an author and journalist, Danni has appeared on dozens of fitness magazine covers, product endorsements and campaigns.

An Italia Conti trained performer, Danni has a passion for being in front of the camera. Her nutrition and fitness credentials have seen her become a regular TV expert and presenter for The Active Channel. Danni has had a number of shows on The Active Channel including the Beach Body Series, ‘Weight Loss for mothers’, the ever popular ‘Feminine & Fit’ series along with others. 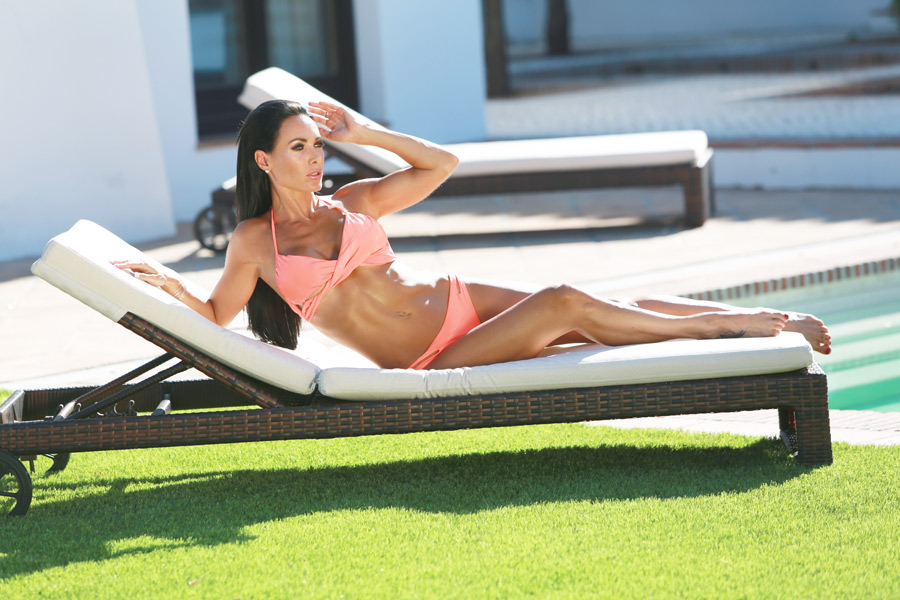 She has also appeared with co-channel presenter Dean Ash on a variety of product shows as she explains the benefits of the LA Muscle supplement range and how they have helped with her fitness career.
Danni Levy is an exceptionally talented and accomplished Fitness Trainer and Journalist. She is in conversation with Namita Nayyar, President Women Fitness.

Ms. Namita Nayyar: You have been trained as a performer from Italia Conti Academy of Theatre Arts London. You reached the pinnacle of success when you appeared as a cast of reality series ‘Life on Marbs’, ITVBe. Tell us about your journey that took you to the world of fitness and television?

Ms. Danni Levy: I always knew I wanted to express my passion for health and fitness through media platforms such as television and magazines. I really enjoy writing and from a young age, I sought to combine my flair for the written word with my desire to perform and express myself on camera.I was fortunate enough to be approached by The Active channel and also Bravo TV and gain invaluable experience as a television presenter specialising in diet and fitness. Over the years, I have used my journalistic skills to research, produce and present a number of related shows for a variety of broadcasters worldwide.In 2015 I decided to become a cast member of ‘Life on Marbs’ on ITVBe after being approached in Marbella by the producers. Reality TV was never one of my personal ambitions, but it was certainly a lot of fun and provided me with an even bigger platform from which to promote my expertise and reach out to millions of people.