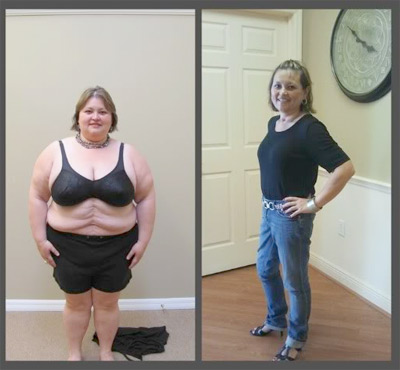 The common channel is the portion of small intestine, usually 75-150 centimeters long, in which the contents of the digestive path mix with the bile from the biliopancreatic loop before emptying into the large intestine. The objective of this arrangement is to reduce the amount of time the body has to capture calories from food in the small intestine and to selectively limit the absorption of fat. As a result, following surgery, these patients only absorb approximately 20% of the fat they intake.

The primary advantage of duodenal switch (DS) surgery is that its combination of moderate intake restriction with substantial calorie malabsorption results in a very high percentage of excess weight loss for obese individuals, with a very low risk of significant weight regain.

Type 2 diabetics have had a 98% “cure” (i.e. became euglycemic) almost immediately following surgery which is due to the metabolic effect from the intestine switch. The results are so favorable that some surgeons in Europe are performing the “switch” or intestinal surgery on non-obese patients for the benefits of curing the diabetes. The following observations were reported on the resolution of obesity related comorbidities following the duodenal switch: type 2 diabetes 99%, hyperlipidemia 99%, sleep apnea 92%, and hypertension 83%.

Because the pyloric valve between the stomach and small intestine is preserved, people who have undergone the DS do not experience the dumping syndrome common with people who’ve undergone the Roux-en-Y gastric bypass surgery (RNY). Much of the production of the hunger hormone, ghrelin, is removed with the greater curvature of the stomach.

Diet following the DS is more normal and better tolerated than with other surgeries. The malabsorptive component of the DS is fully reversible as no small intestine is actually removed, only re-routed.

The malabsorptive element of the DS requires that those who undergo the procedure take vitamin and mineral supplements above and beyond that of the normal population, as do patients having the RNY surgery. Commonly prescribed supplements include a daily multivitamin, calcium citrate, and the fat-soluble vitamins A, D, E and K. Because gallstones are a common complication of rapid weight loss following any type of weight loss surgery, some surgeons may remove the gall bladder as a preventative measure during the DS or the RNY. Others prefer to prescribe medication to reduce the risk of post-operative gallstones.

Like RNY patients, DS patients require lifelong and extensive blood tests to check for deficiencies in life critical vitamins and minerals. Without proper follow up tests and lifetime supplementation RNY and DS patients can become ill. This follow-up care is non-optional and must continue for as long as the patient lives. DS patients also have a higher occurrence of smelly flatus and diarrhea, although both can usually be mitigated through diet, including avoiding simple carbohydrates. The restrictive portion of the DS is not reversible, since part of the stomach is removed. However, the stomach in all DS patients does expand over time, and while it will never reach the same size as the natural stomach, some reversal by stretching always occurs.

The National Institutes of Health state that if you meet the following guidelines, weight loss surgery may be an appropriate measure for permanent weight loss:

*BMI of 40 or over
*BMI of 35 or over with obesity-related illnesses such as:
*Diabetes mellitus type 2
*Coronary heart disease
*Sleep apnea
*Osteoarthritis
*An understanding of the operation and lifestyle changes necessary following the surgery.

What is a Laparoscopic Duodenal Switch Surgery?

DS surgery combines a laparoscopic bypass of the small intestine in conjunction with a laparoscopic sleeve gastrectomy. While under sedation, the surgeon will make several small incisions. He will then insert a miniature camera along with other surgical devises necessary for performing the surgery. As is the case with gastric bypass surgeries, the duodenal switch creates a smaller stomach pouch, removing a large part of the stomach, thus reducing the overall size of the stomach. This difficult procedure has proven to have positive results for a number of bariatric patients.

Who is a Good Candidate for Laparoscopic Duodenal Switch Surgery?

The DS surgery is a complicated but productive procedure. According to fda.gov, a good candidate for DS surgery is a patient with a body mass index (BMI) of more than 40. Other good candidates include patients with a lower BMI, but also suffer from certain obesity related disorders. High-risk patients with heart failure and certain breathing disorders may not be good candidates for the DS surgery. It is important to discuss all of your options for bariatric surgery with your doctor to determine which is most likely to provide the most positive results.

Why Would You Choose the Laparoscopic Duodenal Switch Surgery?

There are a number of positive motivators in choosing the DS surgery over other gastric bypass surgeries. According to sciencedaily.com, DS has shown to have highest weight loss statistics than all other weight loss procedures and surgeries. This is most likely due to not only the reduction in the size of the stomach, but the rerouting of food around the smaller intestines. This would change not only the amount of food intake, but also how the food would be broken down and digested. The surgery also appears to show a higher level of productivity in managing and/or resolving certain obesity related diseases such hypertension and diabetes.

What Should You Expect from a Duodenal Switch Surgery?

The DS surgery is both long and complicated. It is not uncommon for the surgery to last as much as four hours. The recovery time is consistent with other types of bariatric surgery, taking anywhere from three to five weeks in most cases. After DS surgery, there is likely to be some level of pain involved, which your doctor will monitor and help you control through pain management and medication. There is a period of adjustment regaining the ability to eat and hold down solid foods.

What Are the Risks Associated with Duodenal Switch Surgery?

With all surgeries, there are always disadvantages and risks. Due to the nature of this surgery, there is a risk of malabsorption disorders and side effects as well as poor nutrition. As is the case with many bariatric surgeries, side effects include diarrhea and gas. The nature of this surgery, as well as others, deems a risk of infection, blood loss, and clotting. As is the case with any surgery, there is always the risk of death.

As thousands of people struggle with weight loss on a daily basis, many are turning to different forms of gastric bypass surgery. For many patients, finding the right surgery can be a daunting experience. Many bariatric patients face difficult choices in determining an appropriate surgery. The DS surgery offers positive results for individuals suffering from obesity. 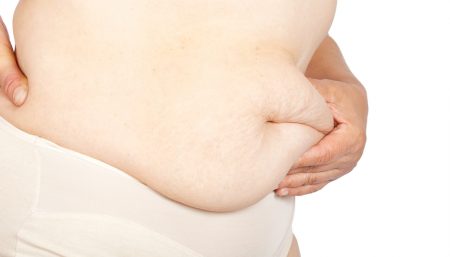