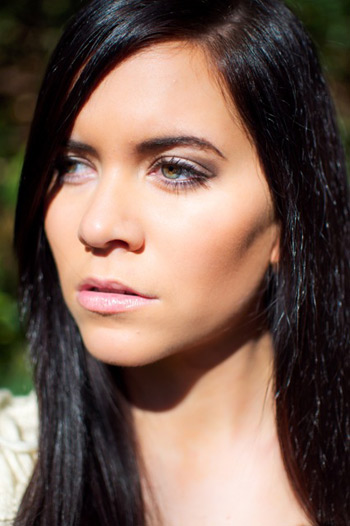 Elizabeth Dickerson is an Atlanta, Georgia native, she is passionate about fitness and healthy living. She is a naturally very skinny girl. Growing up, she was often teased about being anorexic, unhealthy, “too-skinny”, etc. Up until the day she graduated college in Spring 2013. Her metabolism is extremely high, and being active in sports only made it higher.

She was very active in sports growing up. She was a a dancer for 14 years, and focused on ballet, point, tap, jazz, and kickline (like the Rockettes). As she entered high school in 2004, she caught an interest in running. She made the Varsity cross-country and track team during her freshman year in high school. At first, she wasn’t the best as she was new to the sport, however she trained every day and practiced hard. Her hard work paid off when she became one of the school’s top track athletes and helped bring her team to the state finals.

Unfortunately, a few weeks before the meet, she fractured her leg. It was crushed. This was her opportunity to show off her new talent and hard work to her friends and family. She took time off and healed and began training again for the next season. Her injury continued to hold her back, so she then was forced to leave the team. She went on to do Varsity cheerleading as it was the least invasive sport on her injury, She succeeded in that sport as well and became captain in her senior year.

After I graduated high school in 2008, she attended Jacksonville State University in Jacksonville, Alabama. It is a mid-major school about 2.5-3 hours west of Atlanta. The school is close to the Georgia state line, so she received instate tuition and was provided an opportunity to go to school in a different state and experience a new life on her own terms! Perfection for a freshly-graduated 17 year old. College was fun, she was very successful. Throughout the summer, she went to the gym. This was her first time having a membership to a gym. Yes..at 21 years old. She did bootcamp, group fitness classes and wrote up workout plans. She started noticing changes in her physique! She began seeing little bumps of muscle form and she quickly became addicted to this lifestyle.

In August 2012, she headed back to school to complete her senior year. She took her new knowledge of lifting weights and fitness to the school weight room. She would either finish her nights or begin her days in the gym. She took a Body Shaping class which brought her back to her running roots, and she began doing old track workouts to complement her weightlifting. They had to do a timed mile at the beginning and end of the semester, in both she beat everyone, even the boys except for 1. She became stronger, faster, and so athletic that JSU’s women’s XC and track coach saw her running one day and literally followed her to the car to recruit her to run for the school. She couldn’t sign because she was graduating in 2 months.

She started using Instagram and seeing pictures of bodybuilding competitors. She was instantly attracted to the glamor, the sparkly suits, the dark tan, make up, and most of all the bodies! She wanted to look like that. She took up training and began her competition prep in the spring. She graduated April 2013 with a B.S in Marketing and Spanish. Part of her graduation gift from her dad was helping her pay for her prep. Her first competition was in July 2013 where she competed in the NPC Georgia and placed 3rd in Bikini. She went on to compete in the NPC USA Coastal in August 2013 where she was placed 4th in Bikini. She has found her strength, confidence, and passion in fitness.