Ginkgo is today world’s best selling multi-beneficial herb. It is very popular as it offers a number of cures to its users. Ginkgo leaves are generally used to make “extracts” that are used as medicine. However, a few medicines are made from the seed, but these are not well studied. Ginkgo is often used for memory disorders including Alzheimer’s disease. It is also used for conditions that seem to be due to reduced blood flow in the brain, especially in older people. These conditions include memory loss, headache, ringing in the ears, vertigo, difficulty concentrating, mood disturbances, and hearing disorders. Some people use it for other problems related to poor blood flow in the body, including leg pain when walking (claudication), and Raynaud’s syndrome (a painful response to cold, especially in the fingers and toes). 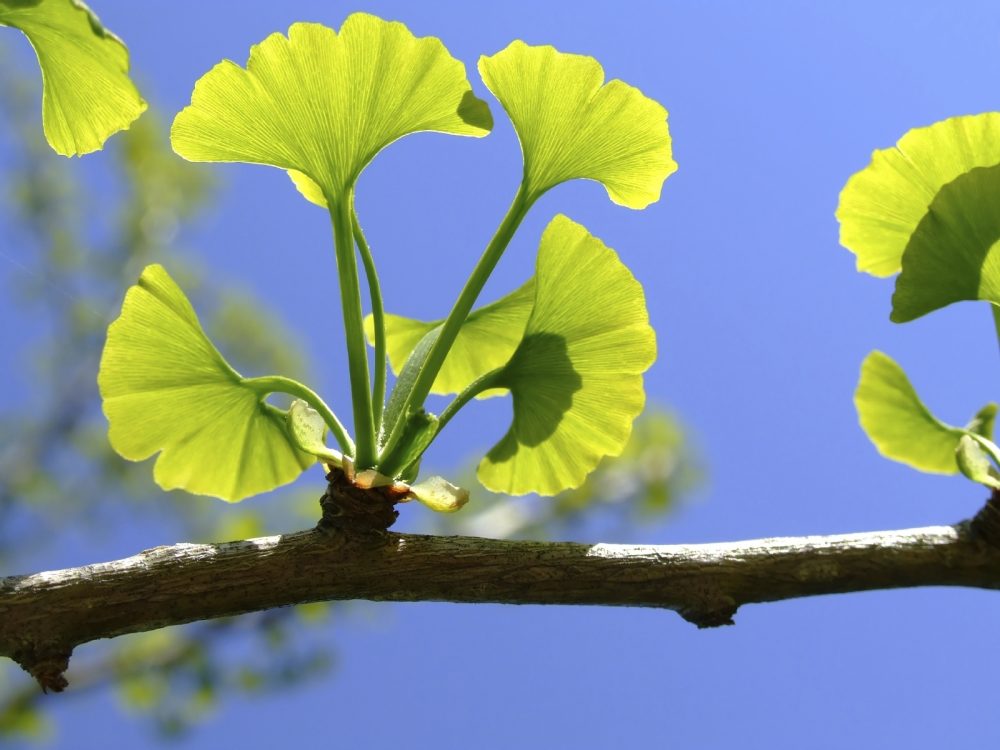 Ginkgo been tried for eye problems including glaucoma, diabetic eye disease, and age-related macular degeneration (AMD).The list of other uses of ginkgo is very long. This may be because this herb has been around for so long. Ginkgo biloba is one of the longest living tree species in the world. Ginkgo trees can live as long as a thousand years. Using ginkgo for asthma and bronchitis was described in 2600 BC.

In manufacturing, ginkgo leaf extract is used in cosmetics. In foods, roasted ginkgo seed, which has the pulp removed, is an edible delicacy in Japan and China. Remember, though, the whole seed is likely unsafe to eat. Ginkgo interacts with many medicines. Before taking it, talk with your healthcare provider if you take any medications.

Ginkgo is Possibly Effective For

Mental function. Most evidence suggests that ginkgo can slightly improve memory, speed of thinking, and attention in healthy adults. Some evidence suggests that taking ginkgo in combination with Panax ginseng or codonopsis can improve memory better than the individual ingredients alone. However, a specific combination of ginkgo and Panax ginseng (Gincosan) does not seem to improve mood or thinking in postmenopausal women. Also, taking a specific product containing ginkgo and brahmi (Blackmores Ginkgo Brahmi) does not seem to improve memory or problem solving in healthy adults.

Dementia. Some evidence shows that taking ginkgo leaf extract by mouth modestly improves symptoms of Alzheimer’s, vascular, or mixed dementias. However, there are concerns that findings from many of the early ginkgo studies may not be reliable. Although most clinical trials show ginkgo helps for symptoms of Alzheimer’s disease and other dementias, there are some conflicting findings, suggesting it may be hard to determine which people might benefit.

Vision problems in people with diabetes. There is some evidence that taking ginkgo leaf extract by mouth can improve color vision in people with retinas that have been damaged by diabetes.

Leg pain when walking due to poor blood flow (peripheral vascular disease). Some evidence shows that taking ginkgo leaf extract seems to increase the distance people with poor blood circulation in their legs can walk without pain. Taking ginkgo might also reduce the chance of requiring surgery.

Premenstrual syndrome (PMS). Taking ginkgo leaf extract by mouth seems to relieve breast tenderness and other symptoms associated with PMS when started during the 16th day of the menstrual cycle and continued until the 5th day of the following cycle.

Ginkgo is Possibly InEffective For

Asthma. Research shows that taking a specific combination product containing ginkgo, ginger, Picrorrhiza kurroa, and apocynin (AKL1) by mouth does not improve respiratory symptoms or quality of life in people with asthma.

Multiple sclerosis. Taking ginkgo leaf extract or ginkgolide B, a specific chemical found in ginkgo extract, does not improve mental function or disability in people with multiple sclerosis. 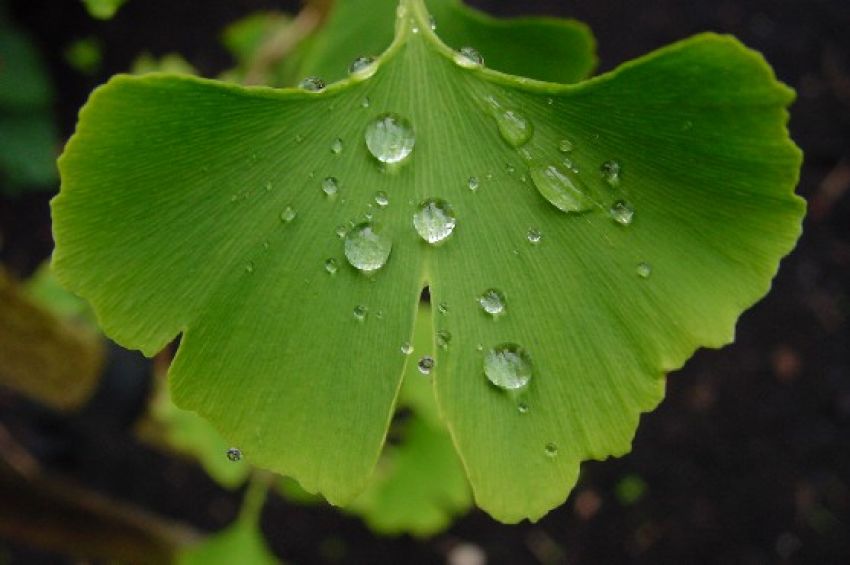 Ginkgo is Likely Ineffective For

Heart disease. Taking a specific ginkgo extract (EGb 761, Tanakan, Ipsen) does not reduce the chance of having a heart attack, chest pain, or stroke in elderly people.

Insufficient evidence to rate effectiveness for:

Hearing loss. There is some early evidence that taking ginkgo might help short-term hearing loss due to unknown causes. However, many of these people recover hearing on their own. It is hard to know if ginkgo has any effect.

Hemorrhoids. Early research suggests that taking a combination of ginkgo and certain conventional medications might decrease some symptoms of hemorrhoids, including bleeding and pain.

Migraine. Early evidence shows that taking ginkgolide B, a chemical found in ginkgo leaf extract, might help prevent migraines in children and women.

Pancreatic cancer. Early research suggests that taking a specific ginkgo leaf extract (EGb 761) intravenously (by IV) together with anticancer drugs might slow the progression of pancreatic cancer in some people.

Quality of life. Early evidence suggests that taking ginkgo extract might improve quality of life measures such as activities in daily living, mood, sleep, and alertness in older people.

Radiation exposure. Early research suggests that taking a specific ginkgo leaf extract (EGb 761, Tanakan Ipsen) might reduce some of the negative effects of radiation on the body.

Stroke. There is contradictory evidence about the effectiveness of ginkgo for improving recovery in people with strokes caused by a clot. Some evidence suggests that people may improve more after a stroke when treated with ginkgo. However, other research shows no benefit.

Skin discolorations (Vitiligo). There is some early research that taking a specific ginkgo leaf extract (Ginkgo Plus, Seroyal) might decrease the size and spread of skin lesions.

More evidence is needed to rate ginkgo leaf extract for these uses.

More evidence is needed to rate ginkgo seeds for these uses.

How does Ginkgo work

Ginkgo seems to improve blood circulation, which might help the brain, eyes, ears, and legs function better. It may slow down Alzheimer’s disease by interfering with changes in the brain that interfere with thinking.

Ginkgo seeds contain substances that might kill the bacteria and fungi that cause infections in the body. The seeds also contain a toxin that can cause side effects like seizure and loss of consciousness.

Ginkgo Leaf Extract is Likely Safe when taken by mouth for most people when used in appropriate doses. It can cause some minor side effects such as stomach upset, headache, dizziness, constipation, forceful heartbeat, and allergic skin reactions. There is some concern that ginkgo leaf extract might increase the risk of liver and thyroid cancers. However, this has only occurred in animals given extremely high doses of ginkgo. There is not enough information to know if it could happen in humans.

Ginkgo fruit and pulp can cause severe allergic skin reactions and irritation of mucous membranes. Ginkgo might cause an allergic reaction in people who are allergic to poison ivy, poison oak, poison sumac, mango rind, or cashew shell oil. There is some concern that ginkgo leaf extract might increase the risk of bruising and bleeding. Ginkgo thins the blood and decreases its ability to form clots. A few people taking ginkgo have had bleeding into the eye and into the brain, and excessive bleeding following surgery. Ginkgo leaf extract can cause allergic skin reactions in some people.

The Roasted Seed or Crude Ginkgo plant is Possibly unsafe when taken by mouth. Eating more than 10 roasted seeds per day can cause difficulty breathing, weak pulse, seizures, loss of consciousness, and shock. The Fresh seed is even more dangerous. Fresh seeds are poisonous and are Likely unsafe. Eating fresh gingko seeds could cause seizures and death. Not enough is known about the safety of ginkgo when applied to the skin to determine if it is safe. 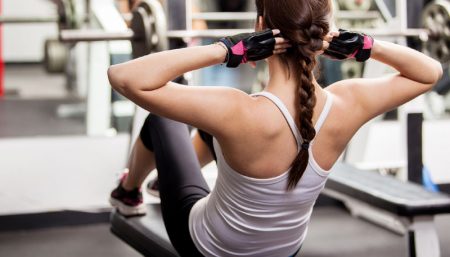