Cranberries are a group of evergreen dwarf shrubs or trailing vines in the subgenus Oxycoccus of the genus Vaccinium. In some methods of classification, Oxycoccus is regarded as a genus in its own right. They can be found in acidic bogs throughout the cooler regions of the northern hemisphere. 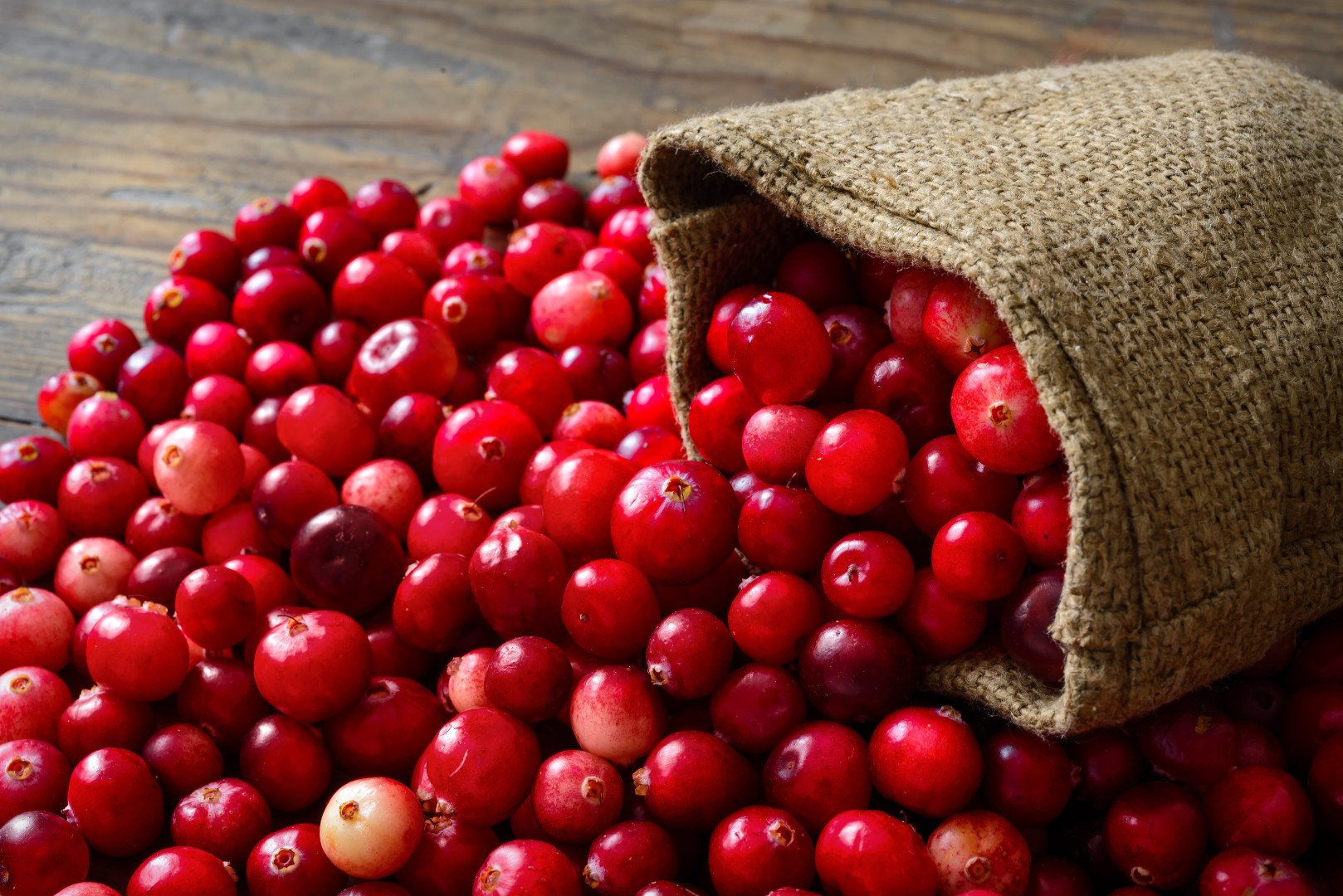 Cranberries are low, creeping shrubs or vines up to 2 meters (7 ft) long and 5 to 20 centimeters (2 to 8 in) in height; they have slender, wiry stems that are not thickly woody and have small evergreen leaves. The flowers are dark pink, with very distinct reflexed petals, leaving the style and stamens fully exposed and pointing forward. They are pollinated by bees. The fruit is a berry that is larger than the leaves of the plant; it is initially white, but turns a deep red when fully ripe. It is edible, with an acidic taste that can overwhelm its sweetness.

Cranberries are a major commercial crop in certain American states and Canadian provinces (see cultivation and uses below). Most cranberries are processed into products such as juice, sauce, jam, and sweetened dried cranberries, with the remainder sold fresh to consumers. Cranberry sauce is regarded as an indispensable part of traditional American and Canadian Thanksgiving menus and some European winter festivals.

Since the early 21st century within the global functional food industry, raw cranberries have been marketed as a “superfruit” due to their nutrient content and antioxidant qualities.

Cranberries are full of antioxidants, which protects cells from damage by unstable molecules called free radicals.

The National Institutes of Health is funding research on the cranberry’s effects on heart disease, yeast infections and other conditions, and other researchers are investigating its potential against cancer, stroke and viral infections. Cranberries are among the top foods with proven health benefits, according to Amy Howell, a researcher at Rutgers University.

Drinking cranberry juice can block urinary infections by binding to bacteria so they can’t adhere to cell walls. While women often drink unsweetened cranberry juice to treat an infection, there’s no hard evidence that works. 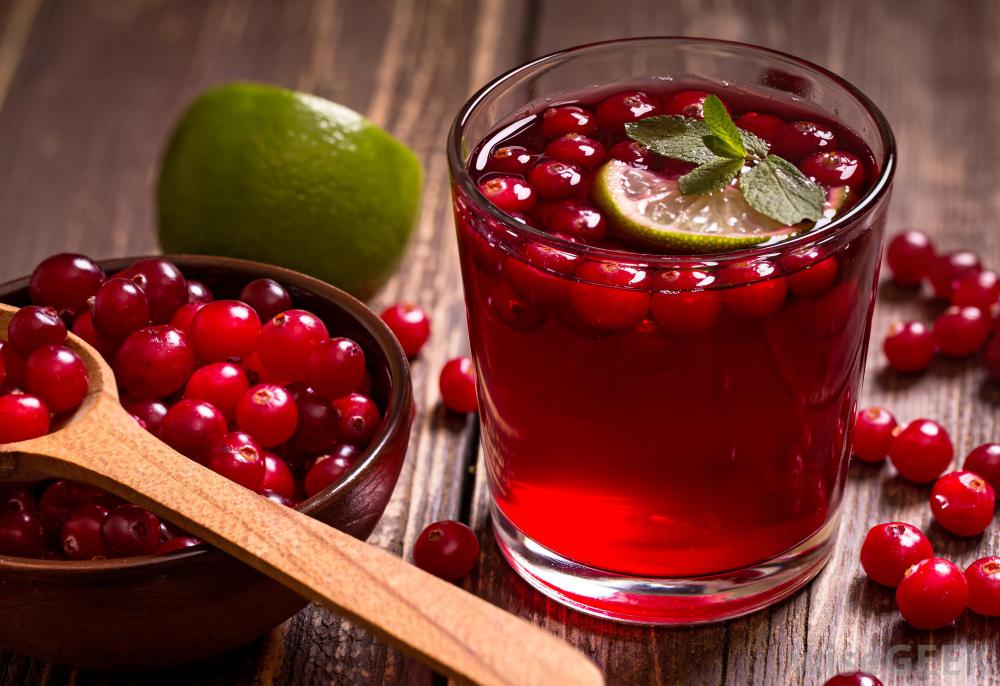 A compound Howell discovered in cranberries, proanthocyanidine, prevents plaque formation on teeth; mouthwashes containing it are being developed to prevent periodontal disease.

In some people, regular cranberry juice consumption for months can kill the H. pylori bacteria, which can cause stomach cancer and ulcers.

Cranberry may prevent tumors from growing rapidly or starting in the first place.

Extracts of chemicals in cranberries prevent breast cancer cells from multiplying in a test tube; whether that would work in women is unknown.

Cranberries are also called “bounceberries” because they bounce when ripe.

Sex and the City made the red juice of cranberries popular in the 90s with their favorite cranberry cocktail, the Cosmopolitan. The estimated value of cranberries grown in the United States is several hundred million dollars. Native Americans treated a variety of illnesses, including bladder infections, with cranberry preparations.

Cranberry is high in vitamin C, and have antioxidant and antibacterial effects in the body.

Health Benefits of the Cranberry:

Cranberries are a rich source of the flavonoid quercetin which can inhibit the development of both breast and colon cancers. Preliminary studies show that drinking cranberry juice is good for the health of the heart. Research indicates that cranberries are an excellent source of antioxidants which may protect against cancer, heart disease and other diseases.

Found to decrease production of cavity and plaque producing bacteria in your mouth. Also found to reduce the bacteria associated with peptic stomach ulcers.

In clinical studies, cranberries have been shown to help maintain a healthy urinary tract. Cranberries are especially beneficial to the eyes (they significantly improve symptoms of cataracts, macular degeneration, and diabetic retinopathy). Evidence on how cranberry juice fights bacteria that cause urinary tract infections. But…The health benefits of cranberries are almost totally depleted when generous amounts of sugar is added. Thus the cranberry cannot provide you with its full phytonutrient benefits when there has been lots of sugar added. 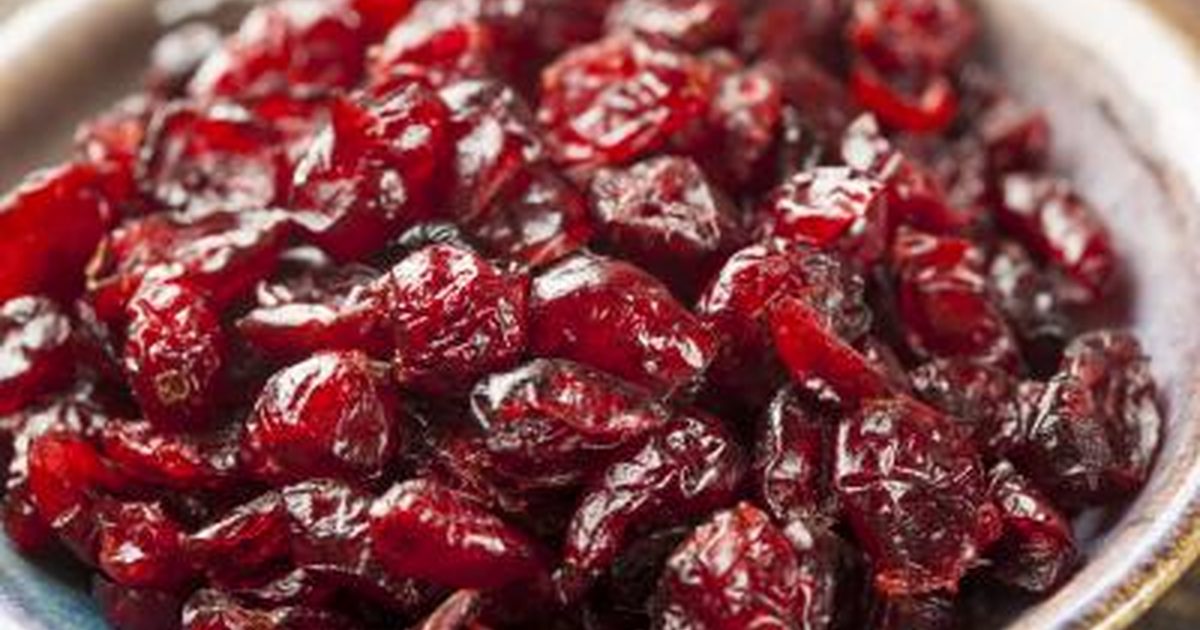 Cranberry contains natural chemicals that act as antibacterial agents and preventing E. Coli which is the bacteria largely responsible for urinary tract infections, from sticking to the walls of the urinary tract. The chemicals in cranberry juice flush the E. Coli from the body during urination thus it is not able to cause an infection. Cranberries contain quinic acid which prevents calcium and specific phosphate chemicals from binding together. These two binding together is what forms kidney stones thus preventing kidney stones.

Cranberry has vitamin C and fiber, and are only 45 calories per cup. In disease-fighting antioxidants, cranberries outrank nearly every fruit and vegetable–including strawberries, spinach, broccoli, red grapes, apples, raspberries, and cherries. One cup of whole cranberries has 8,983 total antioxidant capacity. Only blueberries can top that: Wild varieties have 13,427; cultivated blueberries have 9,019.While they are available frozen year-round, in fall and winter you can buy fresh. Fresh cranberry stored in a tightly-sealed plastic bag in the refrigerator will last up to two months. But be careful: If one starts to get soft and decay, the others will, too–so remove soft ones before you store them. Cooked cranberry can last up to a month in a covered container in the fridge.

The Algonquin Indians may have been the first people to harvest wild cranberries. They used the berries for food, medicine, and as a symbol of peace. The Pequot Indians of Cape Cod named the berry “ibimi”, which means bitter berry. Cranberries are filled with air pockets, which makes them bounce. In fact, you can tell if a cranberry is fresh by whether or not it bounces. Rotten berries will not bounce. The air pocket also allows cranberries to float in water.

Cranberries are composed of almost 90% water. There are about 3,333 cranberries in a gallon of cranberry juice.

Wisconsin produces the largest cranberry crop out of all the states in the U.S. In fact, the cranberry is Wisconsin’s official state fruit! Cranberry does not grow in water, but on low-running vines in marshes. When the fruit is ripe, the marsh is flooded. The floating berries are then more easily harvested. 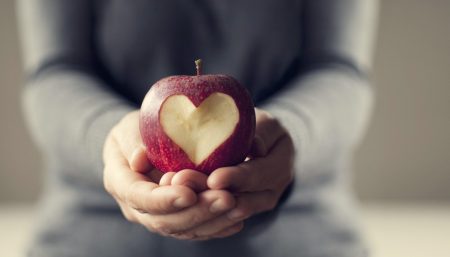 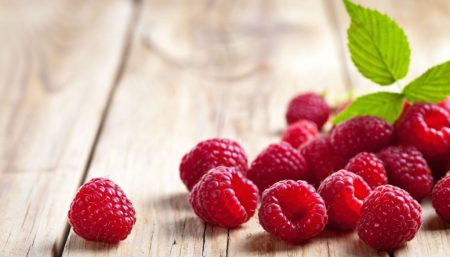 Raspberry Ketones: A Slimming Option Or A Farce?