Pregnancy induces profound alterations in maternal haemodynamics. Such changes include an increase in blood volume, heart rate, and stroke volume as well as cardiac output, and a decrease in systemic vascular resistance. 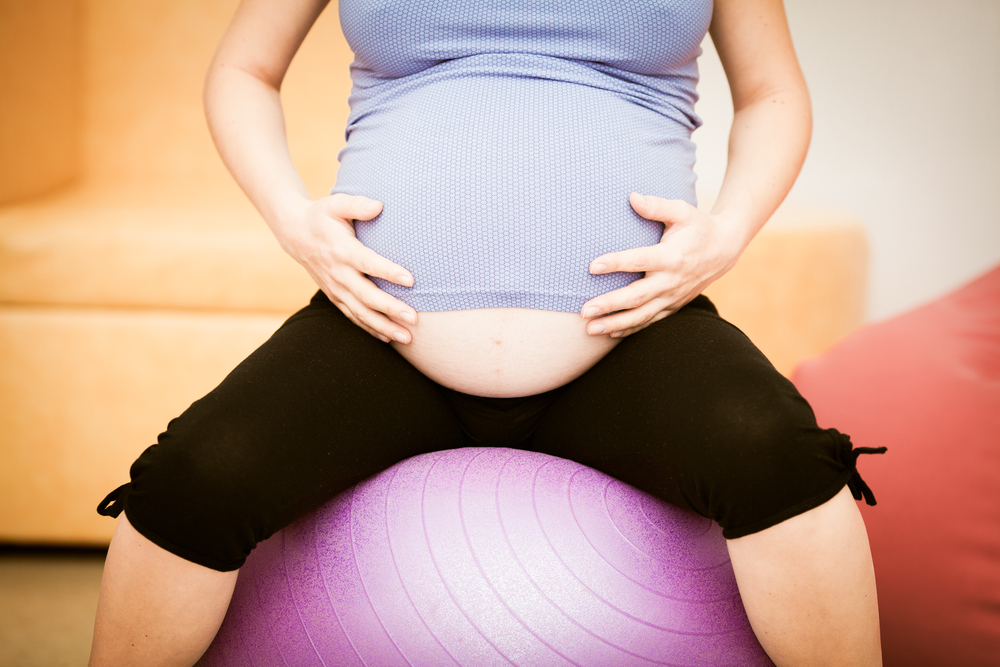 By mid pregnancy, cardiac outputs are 30–50% greater than before pregnancy. Most studies show that maternal stroke volume (volume of blood pumped from one ventricle of the heart with each beat) increases by 10% by the end of the first trimester and is followed by a 20% increase in heart rate during the second and third trimesters. Mean arterial pressure decreases 5–10 mm Hg by the middle of the second trimester and then gradually increases back to pre-pregnancy levels. The decreased mean arterial pressure is the result of increased uterine vasculature, uteroplacental circulation, and the decrease in vascular resistance of predominantly the skin and kidney. These haemodynamic changes appear to establish a circulatory reserve necessary to provide nutrients and oxygen to both mother and fetus at rest and during moderate but not strenuous physical activity.

The ACSM (American College of Sports & Medicine) recommends that intensity of exercise should be 60–90% of maximal heart rate or 50–85% of either maximal oxygen uptake or heart rate reserve. The lower end of these ranges (60–70% of maximal heart rate or 50–60% of maximal oxygen uptake) appears to be appropriate for most pregnant women who did not engage in regular exercise before pregnancy, and the upper part of these ranges should be considered for those who wish to continue to maintain fitness during pregnancy. In a meta-analysis study of exercise and pregnancy, it was reportedthat, with exercise intensities of 81% of heart rate maximum, no significant adverse effects were found.

Borg’s RPE, or rate of perceived exertion, scale. Borg’s scale is the best way to evaluate how you feel when you’re working out indicating how hard you’re working in comparison to your capacity. The scale ranges from 6, or “no exertion,” to 20, or “maximal exertion.” Pregnant women should exercise between 12 and 15 on the scale, which is in the “somewhat hard” range. For an unconditioned pregnant woman, a 12 on the RPE scale could correspond to a heart rate of 140 BPM, while for a fit pregnant woman, it might correspond to a heart rate of 155 BPM. 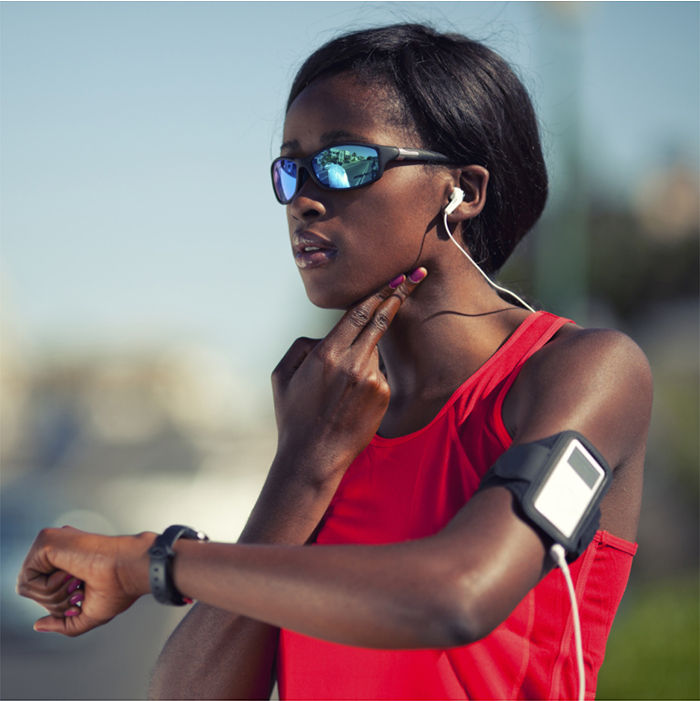 Ratings of perceived exertion have been found to be useful during pregnancy as an alternative to heart rate monitoring of exercise intensity. For moderate exercise, ratings of perceived exertion should be 12–14 (somewhat hard) on the 6–20 scale. Evidence of the efficacy of this approach is that, when exercise is self paced, most pregnant women will voluntarily reduce their exercise intensity as pregnancy progresses. Although an upper level of safe exercise intensity has not been established, women who were regular exercisers before pregnancy and who have uncomplicated, healthy pregnancies should be able to engage in high intensity exercise programs, such as jogging and aerobics, with no adverse effects.

Pregnancy is associated with profound respiratory changes: minute ventilation increases by almost 50%, largely as a result of increased tidal volume. This results in an increase in arterial oxygen tension to 106–108 mm Hg in the first trimester, decreasing to a mean of 101–106 mm Hg by the third trimester. There is an associated increase in oxygen uptake, and a 10–20% increase in baseline oxygen consumption.Physiological dead space during pregnancy remains unchanged. During treadmill exercise in pregnancy, arteriovenous oxygendifference is decreased.  Because of the increased resting oxygen requirements and the increased work of breathing caused by pressure of the enlarged uterus on the diaphragm, there isdecreased oxygen availability for the performance of aerobicexercise during pregnancy. Thus both subjective workload andmaximum exercise performance are decreased. However, insome fit women, there appear to be no associated changes inmaximum aerobic power or acid-base balance during exercise inpregnancy compared with non-pregnant controls. 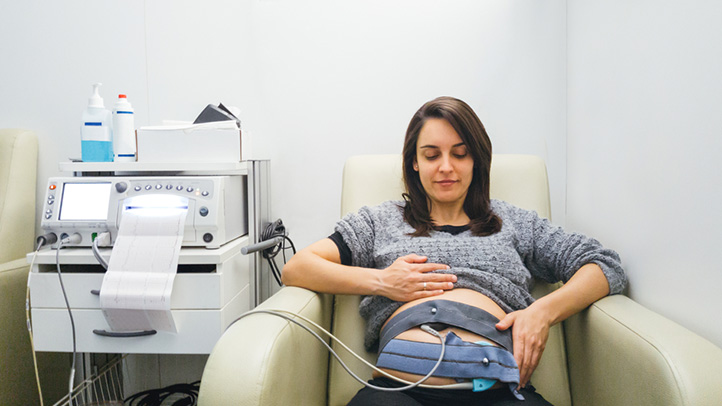 Current ACOG guidelines do not set heart rate limits. Rather, the guidelines state that if you’re able to “talk normally” while exercising, your heart rate isn’t too high. The thinking behind this recommendation loosely corresponds to heart rate training zones, which are divided into three main categories: aerobic, a combination of aerobic and anaerobic, and anaerobic. In the aerobic heart rate zone, your muscles receive all the oxygen they need for the demands you’re placing upon them. When you work out aerobically, you should be able to speak in full sentences without pausing to breathe or gasping for air. Once you cross the anaerobic threshold, it’s harder to carry on a conversation — a signal that you’re working too hard.

NOTE: Find your comfortable zone and stick with it. Your zone will probably change as you get further along in your pregnancy. And never, ever engage in any form of physical activity without the express permission of your doctor. 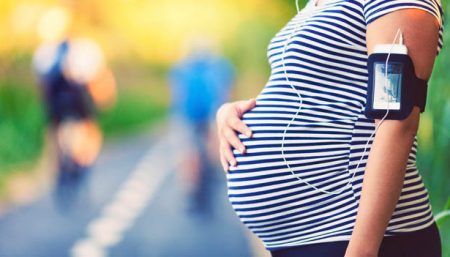 Running While Pregnant
Health During Pregnancy 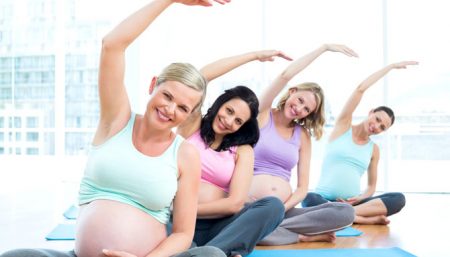 Pregnancy And Exercise
Health During Pregnancy 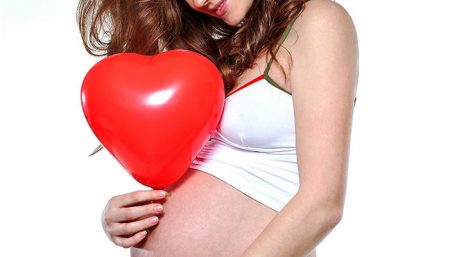 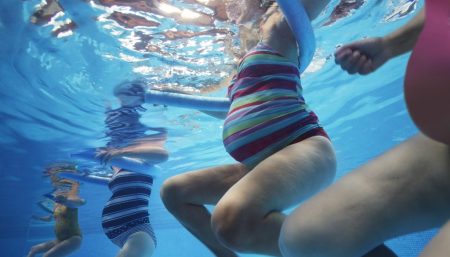