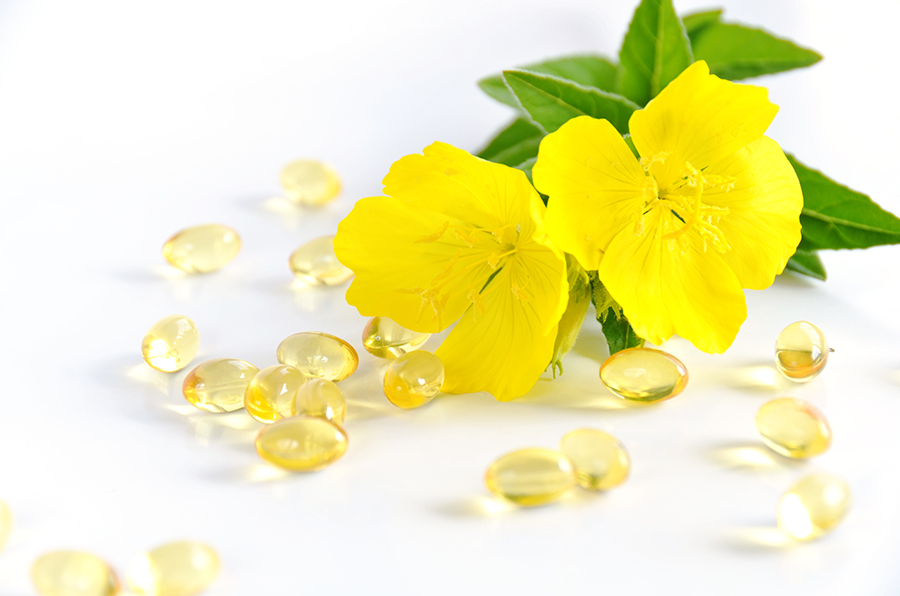 The evening primrose, a native of North America, began to find its way around the world during the seventeenth century. The seeds hitched a ride in the ballasts of ships travelling from North America to Europe, where they took root. From Europe, the evening primrose spread to Asia. Traditionally, the plant and its root were used to treat bruises, piles, cough and stomach aches, but it is in fact the seeds that contain the therapeutic oils.

Evening primrose oil comes from the seeds of this biennial plant. There are reddish in colour and produced during the plant’s second year (it bears only leaves during its first year). The light yellow, sweetly scented flowers don’t open until dusk, hence the plant’s name.
The seeds oil contains a special fatty acid known as gammalinolenic acid (GLA). This substance is the active ingredient in evening primrose oil, making up 7 to 10 per cent of its fatty acids. GLA is converted in the body to a variety of hormone-like compounds – prostaglandins and leukotrienes – that fight inflammation.
GLA can be made in the body from other types of fat such as linoleic acid, which is found in vegetable oils and poly-unsaturated margarines and spreads. However, some people do not have enough of the enzyme to be able to do this. Evening primrose oil can be used to compensate for the missing enzyme and encourage the body to make these anti-inflammatory activity makes evening primrose oil useful for several conditions.