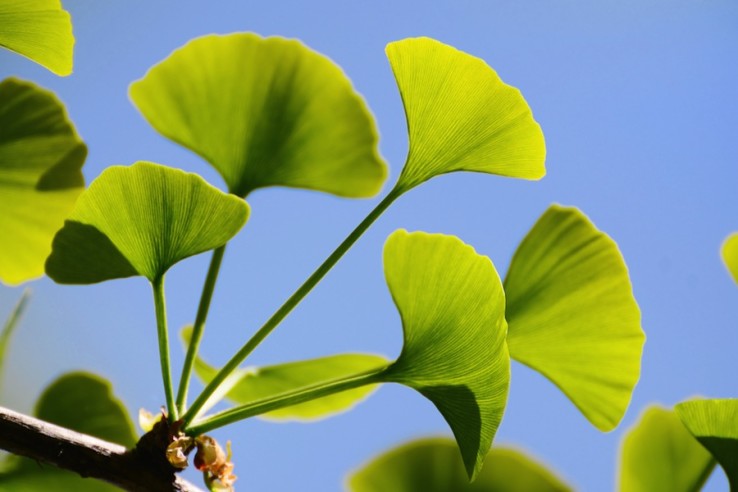 Has become very popular as of late due to its remarkable ability to improve circulation, especially poor circulation to the brain (a cause of memory loss). Seeds are used in Chinese medicine to relieve wheezing and reduce phlegm; also given to treat a weak bladder and incontinence. The leaves are traditionally used to treat asthma. Can reduce the possibility of stroke. One of the most useful herbs for senile dementia. A possible treatment for auto-immune problems, multiple sclerosis, and complications of organ transplants.

Ginkgo is widely used in Europe for treating dementia. It improves blood flow in the brain and contains flavonoids (plant substances) that act as antioxidants. Although many of the clinical trials have been scientifically flawed, the evidence that ginkgo may improve thinking, learning, and memory in people with AD has been highly promising.
Clinical studies indicate that gingko provides the following benefits for people with AD:

Improvements in thinking, learning, and memory
Improvements in daily living
Improvements in social behavior
Delayed onset of symptoms
Reduced symptoms of depression
Recommended dosages for ginkgo range between 120 to 240 mg per day. Reported side effects have been minor, but ginkgo should not be taken with blood-thinning medications (such as warfarin), vitamin E, or a class of antidepressants called monoamine oxidase inhibitors (MAOIs).

Rarely, ginkgo can cause headache, stomach ache, restlessness or irritability. Do not use with MAOI antidepressants; aspirin or other non-steroidal anti-inflammatory drugs, blood-thinning drugs like warfarin. Can cause rash diarrhoea and vomiting in doses above 240mg concentrated extract.