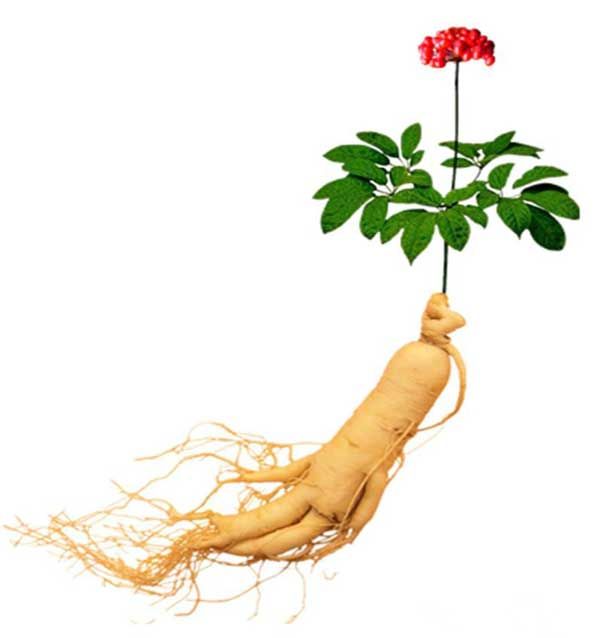 Ginseng refers to species within Panax, a genus of 11 species of slow-growing perennial plants with fleshy roots, in the family Araliaceae. They grow in the Northern Hemisphere in eastern Asia (mostly northern China, Korea, and eastern Siberia), typically in cooler climates.

Both American and Panax (Asian) ginseng rhizomes are taken orally as adaptogens, aphrodisiacs, nourishing stimulants, and in the treatment of type II diabetes, including sexual dysfunction in men. It appears that ginseng increases the sensitivity of cells to insulin, a hormone that sends the signal to cells to reduce blood sugar by taking up glucose. Ginseng may also increase the secretion of insulin.

In a randomized, placebo-controlled study published in the September issue of Diabetes Care, researchers gave capsules of North American ginseng (Panax quinquefolius) to diabetic subjects who were already receiving treatment for diabetes in the form of diet or prescription drugs. In their analysis, the researchers found that subjects receiving a 3g dose of ginseng had a blood sugar level that was 59.1% less than subjects who had received the placebo treatment.

Ginseng should be used therapeutically only with the advice of a trained health practitioner. Although subjects in the study did not report major side effects, ginseng can potentially augment the effect of prescription drugs used to lower blood sugar, causing a dangerous decrease in blood sugar. Adverse effects with concurrent use of oral anti-diabetic drugs, such as Warfarin, heparin, aspirin, and NSAIDS are another possibility.