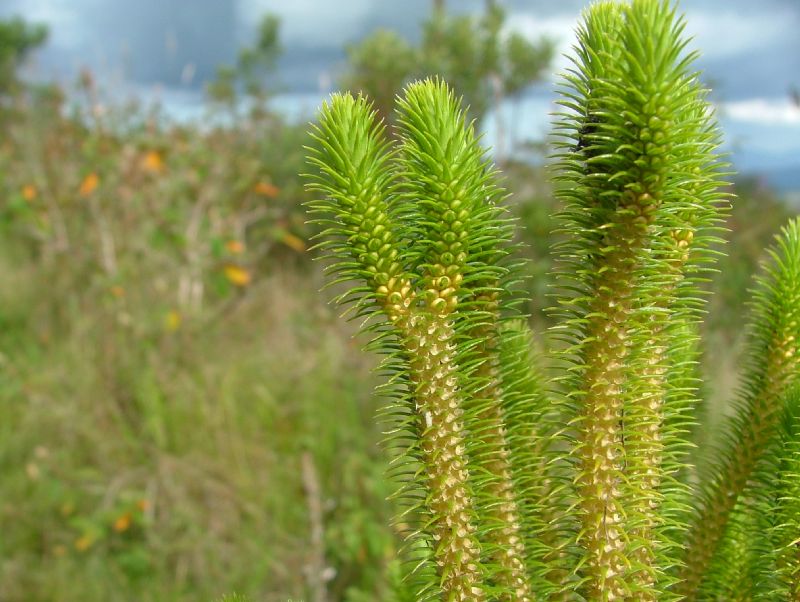 Huperzia is a type of moss that grows in China. It is related to club mosses (the Lycopodiaceae family) and is known to some botanists as Lycopodium serratum. The whole prepared moss was used traditionally. Modern herbal preparations use only the isolated alkaloid known as
huperzine A.

Uses:
Huperzine A is a substance found in huperzia (Huperzia serrata), a Chinese medicinal herb. In a placebo-controlled trial, 58% of people with Alzheimer’s disease had significant improvement in memory and mental and behavioral function after taking 200 mcg of huperzine A twice per day for eight weeks—a statistically significant improvement compared to the 36% who responded to placebo. Another double-blind trial using injected huperzine A confirmed a positive effect in people with dementia, including, but not limited to, Alzheimer’s disease. Yet another double-blind trial found that huperzine A, given at levels of 100 to 150 mcg two to three times per day for four to six weeks, was more effective at improving minor memory loss associated with age-related cognitive decline than the drug piracetam. This study found that huperzine A was not effective in relieving symptoms of Alzheimer’s disease. Clearly, more research is needed before the usefulness of huperzine A for Alzheimer’s disease is confirmed.

Side effects or interactions
Medications that prevent acetylcholine breakdown often produce side effects, including nausea, vomiting, excess saliva and tear production, and sweating. However, while dizziness was reported in a few people in one study, no severe side effects have been reported in human trials using huperzine A. Further studies are needed to determine the long-term safety of huperzine A.