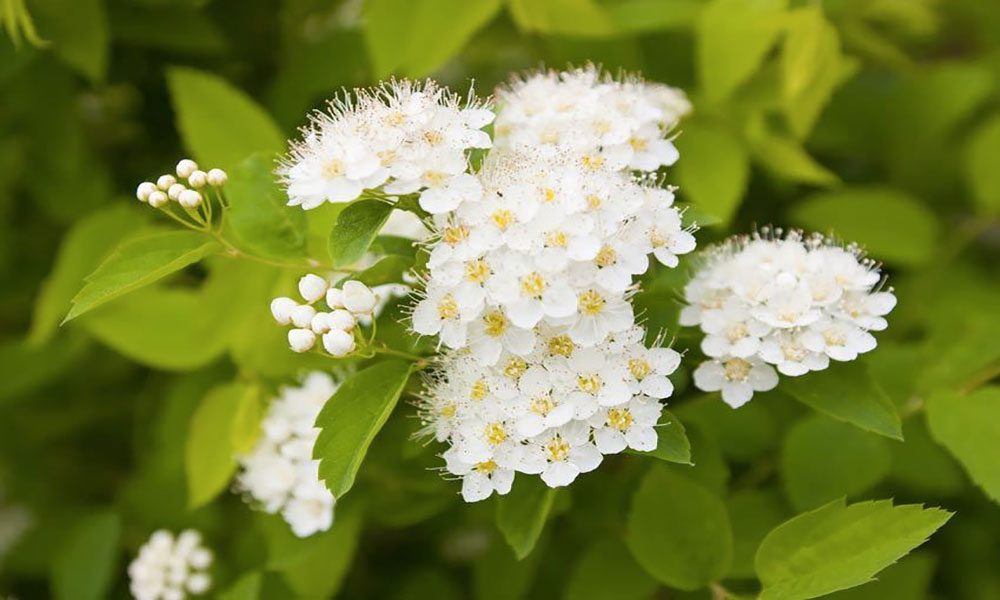 Filipendula ulmaria
Meadowsweet is one of the best antacid remedies for acid indigestion, heartburn, gastritis, peptic ulcers, and hiatus hernia. Meadowsweet relieves wind and distension and should be thought of in any inflammatory condition of the stomach or bowels. The tannins have an astringent action in the bowels, protecting and healing the mucous membranes and relieving enteritis and diarrhea; its mild antiseptic action combats infection and its relaxant properties soothe griping and colic.

The medicinal virtues of meadowsweet are very similar to those of aspirin, but without the side effects. Its additional tannins and mucilage protect the gastric lining, making it valuable for healing gastritis and gastric ulceration.

Uses
Early European uses – Meadowsweet was one of the most sacred herbs of the Druids, although whether it was& used as a medicine is not known. It has been a longstanding folk remedy in much of Europe. Nicholas Culpeper wrote in 1652 that “it helpeth speedily those that are troubled with the cholic being boiled in wine; and stayeth the flux on the belly.”

Neutralizing acid – Meadowsweet is a remedy for acid indigestion, helping to heal and to reduce acidity. Its ability to reduce acid levels throughout the body is not established, but its effectiveness in painful arthritic and rheumatic problems is probably not due entirely to its anti-inflammatory action. It would seem that reducing acidity within the stomach can help to reduce acid levels in the body as a whole, thereby helping joint problems (which are associated with acidity). Meadowsweet is also occasionally used for cystitis.

Digestive remedy – Meadowsweet is a safe remedy for diarrhea, even in children, and is used with other herbs for irritable bowel syndrome.