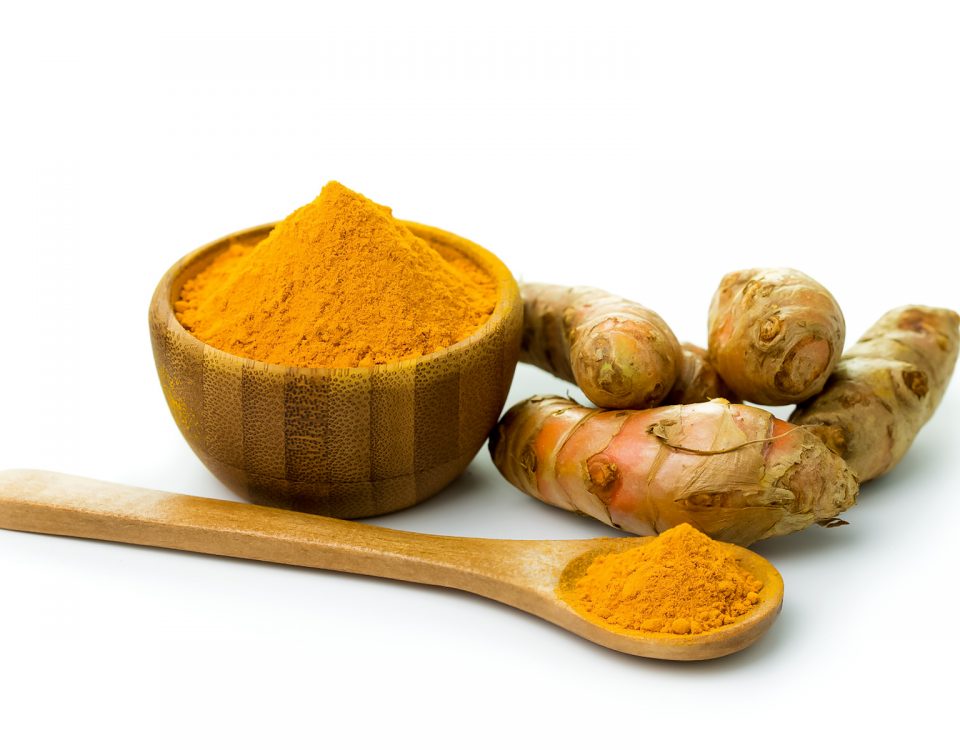 The medicinal part of turmeric comes from the fleshy underground rhizomes of a perennial plant from the same family as ginger with large lily-like leaves that can grow to about 3 feet high. The rhizomes are harvested in winter, boiled or steamed, and then dried. Most turmeric is available as a powder.

Beneficial Properties
Turmeric not only enhances the flavour of food but also aids digestion, particularly of protein, promotes absorption and regulates metabolism. It is an excellent spice to add to cooking if concerned about weight. Turmeric helps to regulate intestinal flora and is well worth taking during and after a course of antibiotics and by those suffering from Candida or thrush. It has a long history of use for eradicating worms. It is said to lower blood sugar in diabetics.

Turmeric has beneficial effects in the liver, which include stimulating the flow of bile, protecting against damage from toxins and improving the metabolism of fats. By enhancing liver function, turmeric helps to cleanse the blood of toxins and impurities. It has been shown to lower harmful cholesterol levels, to inhibit blood clotting by blocking prostaglandin production and to help prevent as well as remedy atherosclerosis, thus playing a significant role in the prevention of heart and arterial disease.

Turmeric contains constituents including curcumin, tumerone and zingiberone as well as high amounts of a carotene, equivalent to 50 IU of vitamin A per 100 grams. Probably the most important component is curcumin which gives turmeric its intense yellow colour. Curcumin is a powerful, yet safe anti-inflammatory agent, excellent for treating inflammatory problem such as arthritis, liver and gall bladder problems. It has been found to block the production of certain prostaglandins and to have effects on a par with cortisone and non-steroidal anti-inflammatory drugs but without the side effects.4,5 I have observed that taking turmeric daily has an excellent anti-inflammatory effect, improving morning stiffness, joint swelling and pain with movement experienced by rheumatoid arthritis sufferers.

Turmeric has powerful antioxidant properties, and is reported to protect against the development of cancer, and has a long history of use in the treatment of various cancers; enhancing the production of cancer-fighting cells protecting against environmental toxins, with an immune-enhancing effect and powerful antibacterial properties. In China it is used to treat the early stages of cervical cancer. An alcohol extract of turmeric applied externally in skin cancer has been shown to reduce itching, relieve pain and promote healing. In fact turmeric has been found to be highly effective at inhibiting recurring melanoma in people at high risk. Research has also demonstrated its protective effects against colon and breast cancer.

To treat infections and digestive problems the powder can be added to herbal teas, stirred into honey or hot water. The usual daily dose of turmeric is ¼-½ (one quarter to one half) a teaspoon of the powder two to three times daily between meals. Alternatively you can take two or three cupfuls of the tea between meals. To make the tea, place ½ (one half) a teaspoon of powder in a small pot, pour over a cup of boiling water, leave to infuse for five minutes, then strain. You can add ginger or cardamom to add more flavour. Curcumin can be taken in capsules as a supplement, at a dose of 250-500 mg three times daily. Combining curcumin with bromelain may enhance its absorption and activity.

According to Dr Vinick “It is a spice that is also extremely useful for eliminating free radical damage that can happen as result of excess sugar levels in the body. So, it’s a supportive nutrient.” According to a study published in PubMed.gov “Administration of turmeric or curcumin to diabetic rats reduced the blood sugar, Hb and glycosylated hemoglobin levels significantly. Turmeric and curcumin supplementation also reduced the oxidative stress encountered by the diabetic rats.”