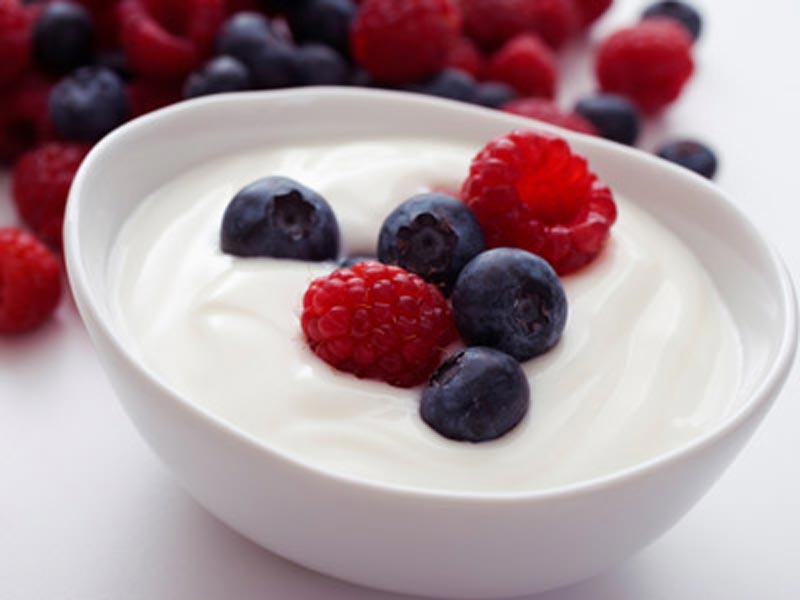 Did you know that there are more bacteria in your body than there are human cells? About 500 species of bacteria inhibit the digestive tract alone. Don’t shudder. The vast majority of intestinal organisms – more than a kilo of them – are beneficial. The strength immunity, digest milk sugars (lactose), assist in the absorption of nutrients and generally maintain digestive health. But some intestinal bacteria, along with organisms is the vagina and urinary tract, can cause all sorts of problems. That’s why it’s a good idea to keep the fridge stocked with live yoghurt.

Yoghurt is milk to which cultures of bacteria are added. The bacteria consume the sugar in the milk for energy and excrete lactic acid (the same acid that builds up in muscles during exercise), which curdles the milk. Yoghurt that contains ‘active cultures’ – meaning live bacteria – is the one that’s brimming with health benefits. That’s because organisms such as Lactobacillus acidophilus. Streptococcus thermophiles and Lactobacillus bulgarious – collectively known as probiotics – protect your body from harmful bacteria by using up resources that those bacteria need in order to thrive. And some bacteria in yoghurt produce acids that kill other bacteria, including the germs that cause botulism, among other ailments.

Eat for digestive health
When you’re healthy, about 85per cent of bacteria in the large intestine are Lactobacillus organisms. The other 15 per cent consist largely of other beneficial strains. But if you’re taking antibiotics, the drugs wipe out the ‘good’ bacteria along with the ‘bad’ ones responsible for your infection. This can lead to diarrhoea, stomach cramps, wind and bloating, fungal infections and less efficient absorption of nutrients.

Yoghurt can protect. US researchers found that patients who ate two 250g servings of live yoghurt a day suffered half as much antibiotic-associated diarrhoea as non- yoghurt eaters.

Other studies show that the beneficial bacteria in live yoghurt (or probiotic supplements) reduce infant diarrhoea, suppress symptoms of inflammatory bowel disease and irritable bowel syndrome and ease some types of food poisoning. There’s even evidence that yoghurt’s healthy organisms, in combination with a high- fiber diet, can prevent diverticulosis, a painful and potentially serious condition in which small pouches form on the colon wall.