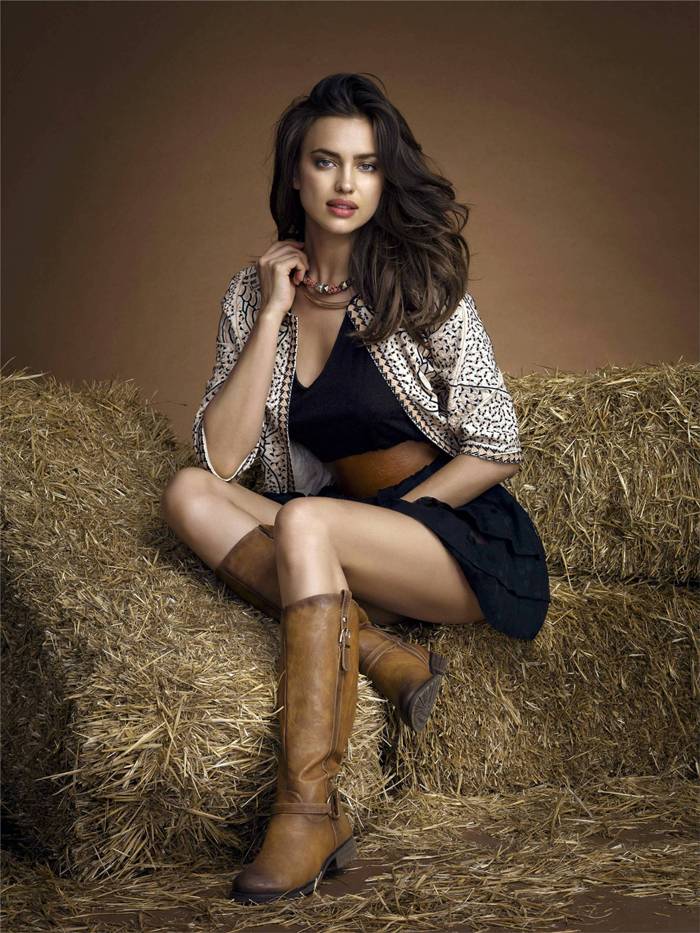 Irina Shayk,sometimes credited as Irina Sheik, was born on Jan 6 1986 (in Eastern Church it’s the Christmas Eve) in a small town called Emanzhelisk, it’s in Ural, 50 km from Сhelyabinsk.

As a schoolgirl, she liked literature, and most of all she liked making up stories and reading and at that time she wanted to become a teacher of literature when she grows up. At teen-age Irina was a tall skinny girl with full lips and quite tanned skin. Her appearance was very exotic for her small home town. Her classmates often made fun of her as she looked so different from all the other girls.

Irina’s mother was a teacher of music in a nursery school and she wanted her daughter to study music as well. When Irina was 9 years old she entered a music school and studied there for 7 years. She was singing in a choir and playing piano. Irina’s father was a coalminer and he died when Irina was a schoolgirl. Irina’s mother had to work at 2 jobs to provide for the family (Irina and her elder sister Tatiana) it was a very difficult time for the family but mother and daughters were always helping each other. When Irina finished school they moved to a bigger town.

Irina started modelling quite late – at the age of 19, and in 2007 Irina became the face of Intimissimi lingerie, taking over from Ana Beatriz Barros. That same year Irina received international recognition when she appeared in the prestigious Sports Illustrated Swimsuit Issue. She has appeared in the issue every year since then, and was the 1st Russian model that graced the cover in 2011. This cover brought her a lot of attention from press – she was a celebrity guest in such TV shows as The Late Show with David Letterman, The Today show, Chelsea Lately, My Fox NY, My Fox LA, Fox 2, Ellen DeGeneres and others.

In 2010, after being the face of Intimissimi for 3 years, she became the official ambassador for the brand. That same year Irina starred in Kanye West’s ‘Power’ music video and ranked first in the “50 Hottest Russian Women” list by Complex magazine. Irina is 13th in 20 sexiest models on models.com and the 57th in 100 hottest supermodels on zimbio.com. She also received a lot of prestigious international awards – Best Internationsl Model 2010 by Glamour Spain, Marie Claire Prix de la Moda Awards 2011, Glamour Russia Model of the Year 2012, GQ Mexico Woman of the Year 2011, Russian Heritage Festival award 2012, Hello! magazine award The Most Elegant in 2013, Irina topped Maxim Russia’s Hot 100 Women list. She is also one of the most followed topmodels in social media networks, such as facebook and twitter.

Irina was one of the supermodels participating in a special charity project – Marc Jacobs’ T shirts “Protect the Skin You Are In”.

In 2012 Irina began to transition into the world of high fashion when she covered L’express Styles magazine. Following that initial transition, Irina has covered Vs Magazine and was featured in the second and third issue of Carine Roitfeld’s Magazine CR Fashion Book which led to an exclusive at the Fall 2013 Givenchy fashion show in Paris. She was also named the new host of Russia’s newest Top Model television franchise Top-Model po-russki.

I’d love to tell all women – you should love yourself and love your body! Websites such as womenfitness.net will help you to choose the right way how to improve your body and feel more confident!

Currently Irina is the global beauty ambassador for Avon. Irina most recently launched a collaboration with Beach Bunny Swimwear, where she has designed her own line of bikinis.

Irina led the Russian Olympic Team during the Parade of Nations in the Opening Ceremony of Sochi Winter Olympic Games 2014. In 2014 Irina will make her big screen debut as Megara, the wife of Hercules, in the Hollywood movie ‘Hercules: The Thracian Wars” directed by Brett Rather.

Irina currently divides her time between New York and Europe while spending time donating to her charity that helps children and families in need in her homeland of Russia. 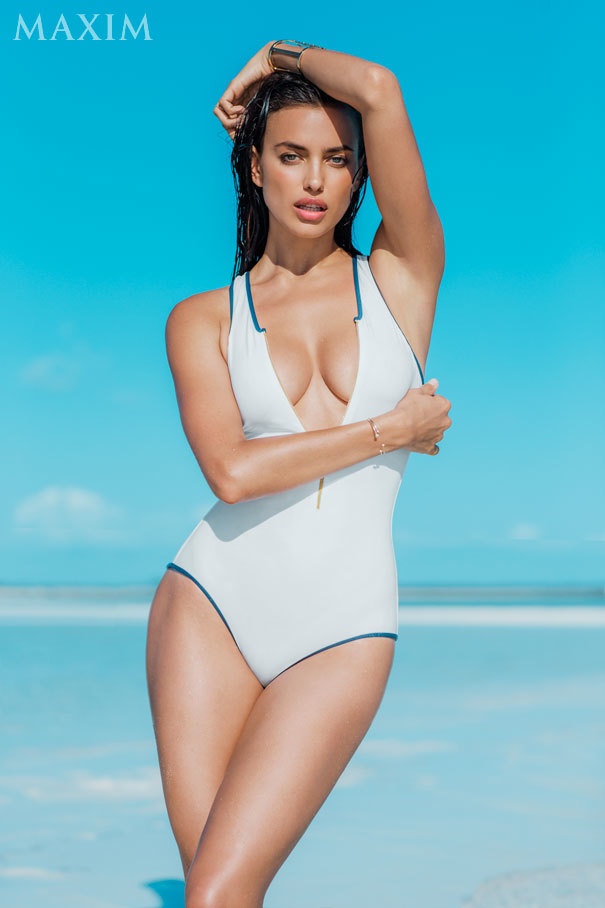 Your chance winning of ‘Miss chelyabinsk 2004″ took start your career in modelling. This propelled your modelling career to the height where you have been at the top of the world of fashion and glamour modeling and have featured as cover model for the 2011 Sports Illustrated Swimsuit Issue. Tell us something about this fairy tale journey?

I don’t see it as a fairy tale! I don’t believe in fairy tales I do believe in hard work and determination. If you really want to achieve something you will get it but you have to be strong and ready for difficulties.

I went to beauty school for fun with my sister and was proposed to participate in a beauty contest “Supermodel 2004” in Chelyabinsk. It was a total surprise for me when I won it.

A scout noticed me there and arranged a contract with a French agency. I didn’t speak any English and I was really scared to go to Paris. But I did as I saw a chance out there to help my family. My father passed away when I was a teenager and we had hard times, my mother had to work at several jobs to provide for the family but still that was not enough.

So it’s all started there! After Paris I travelled to Barcelona and Hamburg and made my first money. Then I went to New York and got discovered for Sports Illustrated! Since my first appearance in SI in 2007 I am working for them every year and was honored to be on their cover in 2011.