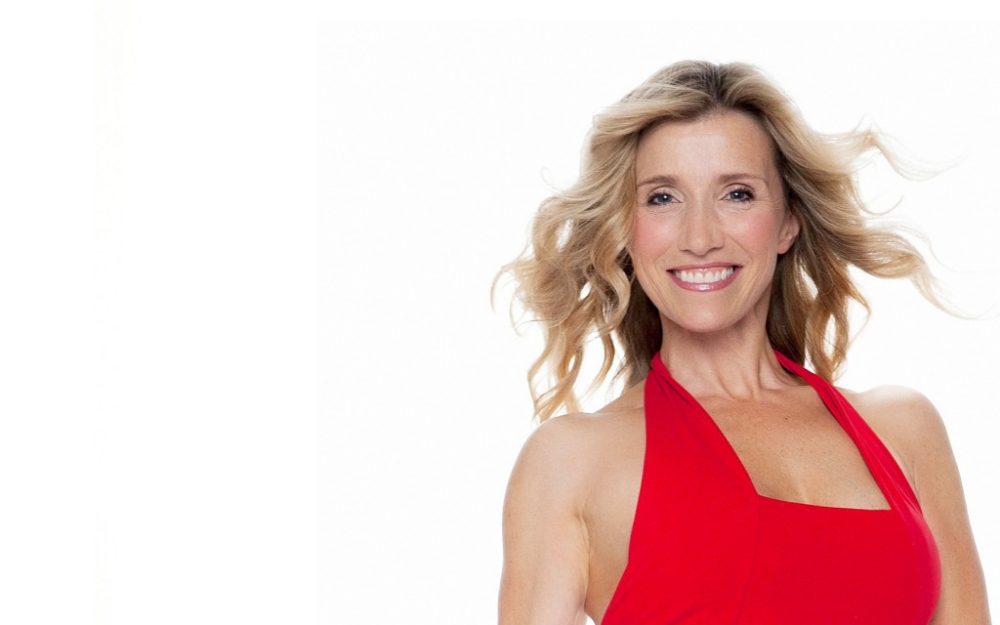 As a Trainer: Joey trains all shapes, sizes, ages and abilities from experienced athletes to first time exercisers, older people and children. Joey combines her encyclopedic knowledge of health, fitness and conditioning with a love of the outdoors. Where possible she does away with the conventional indoor workout weight and cardio’ routines and embraces varied elements including activities from dance and gymnastics, outdoors!

As a Writer: She regularly writes columns for leading UK and overseas magazines tackling a variety of fitness, health and activity based subjects. Her book, Tidy The Temple, is about to be published

As a TV, Radio & DVD Presenter: Joey has appeared many times on radio and TV as a presenter, guest and competitor. She has even featured on live Belgian TV where her ability to speak fluent French came in handy! She has filmed five workout DVDs for IMC Vision. Thanks to their success more are planned for the near future.

As a Public Speaking Expert: Joey makes presentations to schools to motivate and educate students into choosing effective and healthy ways to optimize their physiology. British swimming legend and TV star Sharron Davies MBE has invited Joey to join her panel of elite motivational speakers. They will be available to talk to all kinds of audiences from corporate big business to schools and colleges.

As a Dancer & Choreographer: Joey was educated at the famous Elmhurst Ballet School near Windsor from an early age and received the very best training in classical dance and choreography. Although knee reconstruction ultimately ended her dance career, she remains a dancer at heart and is able to build her expertise and into workout routines.

In Outdoor Pursuits: As an avid participant in outdoor activities Joey has immersed herself in most things. As an accomplished mountaineer she has scaled some of the world’s great peaks and rock climbs. She also enjoys diving, mountain biking, canoeing and skiing.

Joey successfully endorses high quality products that she believes in and has helped in the development of some. Her extensive media contacts also allows for good profile raising coverage and PR for products and businesses in the press. Joey has been photographed by some top celebrity photographers and is highly experienced in front of a camera.

Joey Bull is a four time UK fitness champion and an exceptionally talented and highly accomplished fitness expert. She is in conversation with Namita Nayyar President Women Fitness. 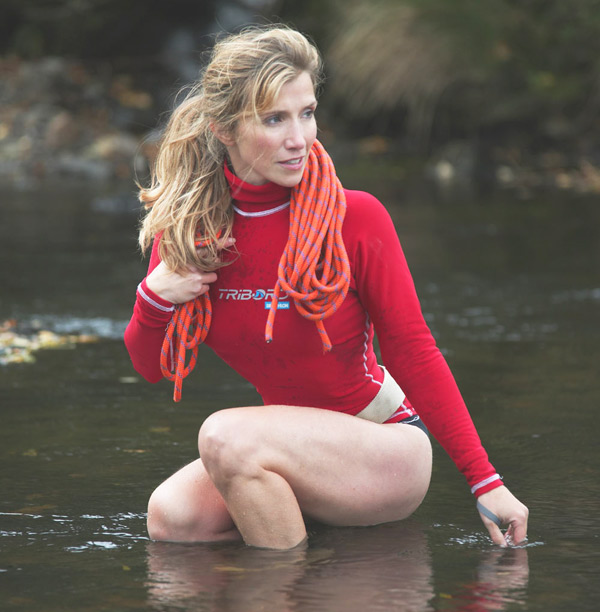 You were educated at the famous Elmhurst Ballet School near Windsor from an early age and received the very best training in classical dance and choreography. You are a active participant in outdoor activities like mountaineer, mountain biking, canoeing and skiing. You reached the pinnacle of success by winning four times UK Fitness Championship. Tell us about your journey that took you to the top of the world of fitness?

Like many youngsters I started out with a clear dream of a career and mine was to dance. I was sent to one of the leading ballet schools in the UK. Though quite often life quickly throws up hurdles of course and takes you down different paths. My parents were mountaineers so holidays were shaped around rocks, snow, summits and lots of rain!

At the time I worried this was all a distraction and was losing focus and and not being dedicated enough to my chosen dance career, how these contrasting worlds could marry to my advantage didn’t seem likely. None of the other girls were rock climbing, hiking and mountaineering!

My parents, although lovers of ballet, quite rightly wanted me to have more strings to my bow. Years later, when I was invited to join Adventure Race teams, I felt the advantage of all the varied skills my father taught me from shooting to diving and so much more. Until then, I battled it out on the dance audition circuit. It was tough being small and pretending to be two inches taller! Then after a nasty skiing accident which required knee reconstruction, I was told I’d lead an inactive life and dancing was certainly over.

It was then in the rehabilitation that I started to wonder, if that was true, what would I do? My life until then had pointed in quite a specific direction. Of course I did courses and qualified meanwhile but nothing replaced movement, flow and expression like dance and sport can. Rehab was going well though and I was seeing and feeling differences. My fitness stepped up and just to have a go, I thought I’d enter for a UK fitness competition on the quiet. I was totally clueless to the drills and code but still managed to place placed 4th. My now best friend placed 2nd!

At this point it occurred to me that, if I actually concentrated on this properly, found out more of what was required and trained accordingly, then a few good performances, maybe even pinching a win or two would be great for carving a new path and getting a bit of self promotion. Talking myself up was never going to happen (and still doesn’t, I need other people to do that!) but pulling some hard training off and applying it was always the better option.

I actually managed to win four British Championship titles and on the international circuit, against world class gymnasts and born and bred athletes, I placed 8th and ranked in the Top 10 for quite a while. This was an achievement I was proud of and only became more proud as I realised I was basically the only ‘clean’ competitor at that level. The goal for me after all was health and fitness, not to compromise health with sports enhancing drugs.

My success did work, I git magazine covers, TV appearances, sponsorship, magazine columns, product endorsements (although I’ve always been very fussy about what I put my name too), public appearances and now eight workout DVDs of amazing production value that sell all around the world. So it worked out in the end and I’m still shaking a leg and making a living from it all!