Kamala Devi Harris is an American attorney. She made it to the 2013 Maxim hot 100 list this year. She was the 32nd Attorney General of California following the 2010 California state elections. Harris has worked as an author and a politician and served as District Attorney of San Francisco from 2004 to 2011. First elected in 2003, defeating incumbent district attorney Terence Hallinan, she was re-elected in 2007. Harris is the first female African-American and Asian American attorney general in California.

She has created history by becoming California’s first black senator and the first Indian American senator appointed to Congress. 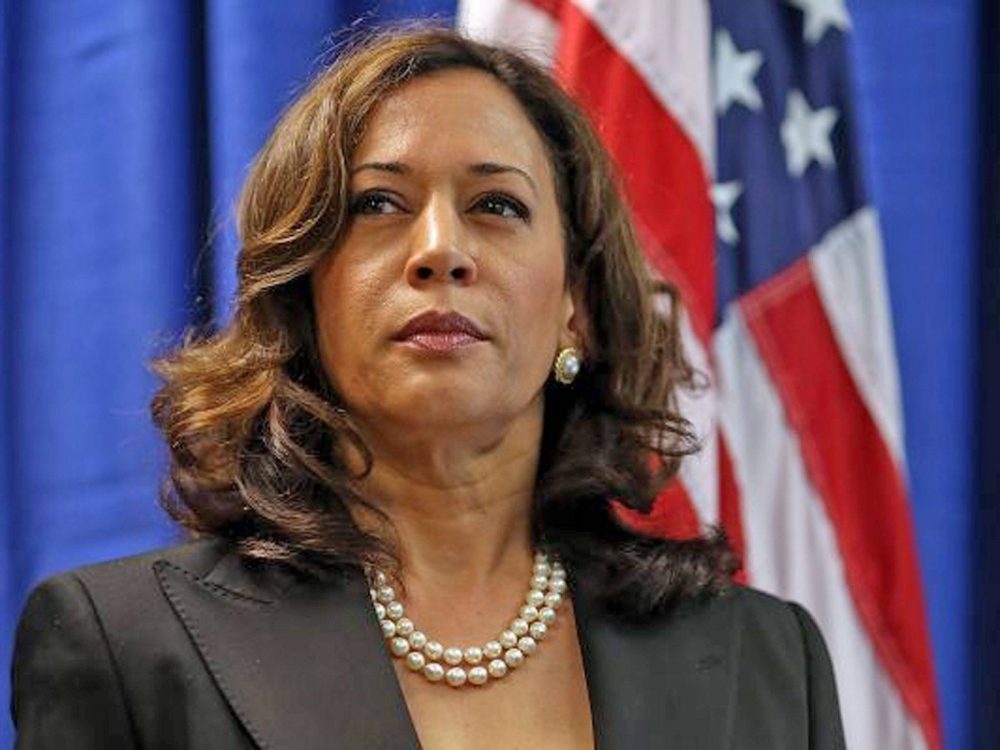 Harris was born in Oakland, California. She is the daughter of an Indian mother, Dr. Shyamala Gopalan-a breast cancer specialist who emigrated from Chennai, India, to the United States in 1960 and a Jamaican American father, Stanford University economics professor Donald Harris. She has one younger sister, Maya, who is now married to Tony West, the Acting Associate Attorney General of the United States. The Harris sisters grew up in a household that combined Hindu and Baptist teachings. They were raised in Berkeley, Oakland, and Montreal, where their mother took a position doing research at the Jewish General Hospital and teaching at McGill University.

Harris attended Howard University in Washington, D.C., where she was initiated into Alpha Kappa Alpha sorority, and received her Juris Doctor (J.D.) from University of California, Hastings College of the Law in 1989. She was admitted to the California bar in 1990.

Harris served as a Deputy District Attorney in Alameda County, California, from 1990 to 1998. During this time, she dated Willie Brown, the powerful Speaker of the California State Assembly. There was speculation the two would marry, but Brown broke up with her shortly after being elected Mayor of San Francisco. After 1998, she became Managing Attorney of the Career Criminal Unit in the San Francisco District Attorney’s Office. In 2000, San Francisco City Attorney Louise Renne recruited Harris to join her office, where she was Chief of the Community and Neighborhood Division, which oversees civil code enforcement matters. Recognized by The Los Angeles Daily Journal as one of the top 100 lawyers in California, Harris serves on the board of the California District Attorney’s Association and is Vice President of the National District Attorneys Association.

In 2009, Harris wrote Smart on Crime: A Career Prosecutor’s Plan to Make Us Safer. Harris looks at criminal justice from an economic perspective, attempting to reduce temptation and access for criminals. The book goes through a series of “myths” surrounding the criminal justice system, and presents proposals to reduce and prevent crime.

She has been outspoken on the need for innovation in public safety, particularly with respect to reducing the recidivism rate in San Francisco. One such program, “Back on Track” was signed into law by Governor Arnold Schwarzenegger as a model program for the state. Initially, there were issues with removing illegal immigrants from the program, including an incident involving Alexander Izaguirre, who was later arrested for assault. However, before the program was named a state model by Governor Schwarzenegger, it was revised to address this concern.

In 2012, she sent a letter to 100 mobile app developers asking them to comply with California law with respect to privacy issues. If any developer of an application that could be used by a Californian doesn’t display a privacy policy statement when their application is installed they are breaking California law and could be fined $2,500 for every download. This law affects any developer anywhere in the world if their app is used by a Californian. Harris has been mentioned as a possible nominee for a seat on the United States Supreme Court, should a seat on that court become vacant during the second Obama administration.

On November 12, 2008, Harris announced her candidacy for California Attorney General. She was immediately seen as the front runner and was endorsed by such prominent Californians as Senator Dianne Feinstein and House Speaker Nancy Pelosi. In the Democratic Party primary she faced Chris Kelly, former Chief Privacy Officer of Facebook; Assemblyman Alberto Torrico; Assemblyman and former military prosecutor Ted Lieu; Assemblyman Pedro Nava; Rocky Delgadillo, former City Attorney of Los Angeles; and Mike Schmier. In the June 8, 2010, primary, she was nominated with 33.6% of the vote and her closest competitors, Torrico and Kelly, had 15.6% and 15.5% respectively.

In the general election, she faced Los Angeles County District Attorney Steve Cooley. On election night, November 2, 2010, Cooley prematurely declared victory, but many ballots remained uncounted. On November 24, as the count advanced, Harris was leading by more than 55,000 votes, and Cooley conceded. On January 3, 2011, Harris became the first female African-American and Indian American attorney general in California. She won the razor thin election by less than one percentage point.

On August 24, 2012, the Los Angeles Times published an editorial calling on Harris to release Daniel Larsen from prison. Larsen, who was sentenced to 28 years to life under California’s three strikes laws for possession of a concealed weapon in 1999, was declared actually innocent by a federal judge in 2010 and ordered released, but has remained in prison because Harris’s office has objected to his release on the grounds that he missed the deadline to file his writ of habeas corpus. The California Innocence Project, which has taken up Larsen’s case, has said this amounts to a paperwork technicality. The Times editorial stated that if Harris was not willing to release Larsen, Governor Jerry Brown should pardon him.

San Francisco Police Department drug lab technician Deborah Madden admitted to taking amounts of cocaine from evidence samples in the police department’s crime lab. The testing unit of the police department lab was shut down on March 9, 2010. Since then, hundreds of drug cases have either been dismissed or discharged due to evidentiary requirements. While Harris’s office was aware of troubling issues at the police department’s drug lab months before the issue became public, the entire scope of the issues did not become clear until Madden was exposed for removing drug samples. The police department later widened the investigation into their crime lab to include cases that were already prosecuted.

On May 4, 2010, the San Francisco Chronicle reported that a number of felony convictions were in jeopardy when it was revealed that the prosecuting attorneys did not disclose criminal backgrounds for relevant San Francisco police officers before testifying. On May 20, 2010, San Francisco Superior Court Judge Anne-Christine Massullo ruled that prosecutors had violated defendants’ rights by failing to disclose damaging information about the police drug lab technician. The judge concluded that prosecutors had failed to fulfill their constitutional duty to tell defense attorneys about problems surrounding Deborah Madden, the now-retired technician at the heart of the cocaine-skimming scandal that led police to shut down the drug analysis section of their crime lab.

Harris’s office has been unable to vouch for the reliability of Madden’s work and has dismissed more than 600 drug cases since the scandal became public in February. Madden testified at trials before leaving the lab in December. Under a 1963 U.S. Supreme Court ruling, Brady v. Maryland, district attorneys are obligated to provide defense attorneys with information in their possession about prosecution witnesses that could be used to challenge their credibility. 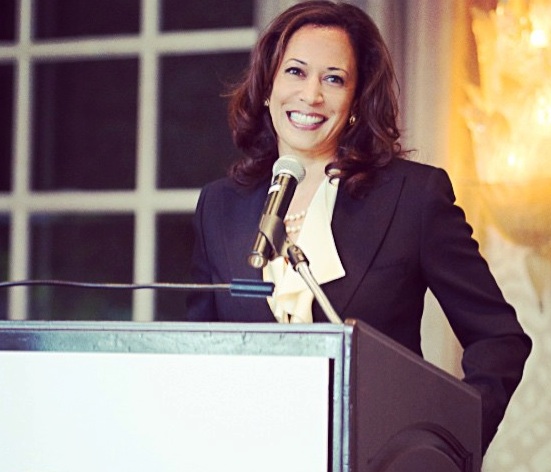 Massullo wrote that top drug prosecutor Assistant District Attorney Sharon Woo’s November 19 memo about Madden to Russ Giuntini, Chief Assistant District Attorney, and Jeffrey Ross, head of the criminal division, showed that prosecutors “at the highest levels of the district attorney’s office knew that Madden was not a dependable witness at trial and that there were serious concerns regarding the crime lab”. The failure by Harris’s office “to produce information actually in its possession regarding Madden and the crime lab is a violation of the defendants’ constitutional rights,” Massullo wrote. The Judge said that the prosecutors had the “duty to implement some type of procedure to secure and produce information relevant to Madden’s criminal history.” But Massullo said her repeated requests that prosecutors explain why they did not have such procedures were met with “a level of indifference.” However, Judge Massullo refused to dismiss any cases, saying that all cases must be considered individually.

On May 26, 2010, the San Francisco Chronicle reported that a San Francisco coroner’s supervising toxicologist, Ann Marie Gordon, vouched for blood-test results in drunken-driving cases for two years before prosecutors told defense attorneys that a Washington state court had labeled her as a “perpetrator of fraud” while running that state’s toxicology lab. San Francisco prosecutors began telling defense attorneys about Gordon’s past after the Chronicle reported earlier in May 2010 that scores of police officers had criminal arrests or misconduct cases that were never called to defendants’ attention before trials. Prosecutors are obligated to provide potentially exculpatory information about their witnesses to the defense under the 1963 U.S. Supreme Court ruling.

Harris has prosecuted numerous financial crimes throughout her career, particularly those affecting elders, those involving use of high-technology, and identity theft. She has indicated that as attorney general she would crack down on predatory lending and other financial crimes.

Harris created a special Hate Crimes Unit as San Francisco District Attorney. She focused on hate crimes against LGBT children and teens in schools. She convened a national conference to confront the “gay-transgender panic defense”, which has been used to justify violent hate crimes. Harris supports same-sex marriage in California and opposed both Proposition 22 and Proposition 8.

In 2004, The National Urban League honored Harris as a “Woman of Power” and she received the Thurgood Marshall Award from the National Black Prosecutors Association in 2005. In her campaign for California Attorney General, she received the endorsements of numerous groups, including the abortion rights EMILY’s List, California Legislative Black Caucus, Asian American Action Fund, Black Women Organized for Political Action, Mexican American Bar Association, South Asians for Opportunity, and the National Women’s Political Caucus.

Harris has been vocal in the immigration debate, supporting San Francisco’s immigration policy of not inquiring about immigration status in the process of a criminal investigation. Harris argues that it is important that immigrants be able to talk with law enforcement without fear.

All content on this site is copyright of Women Fitness and no part of any article found on this site may be reproduced without an express permission and highlighted, do follow link crediting http://www.womenfitness.net/ or preferably the original page as the source.