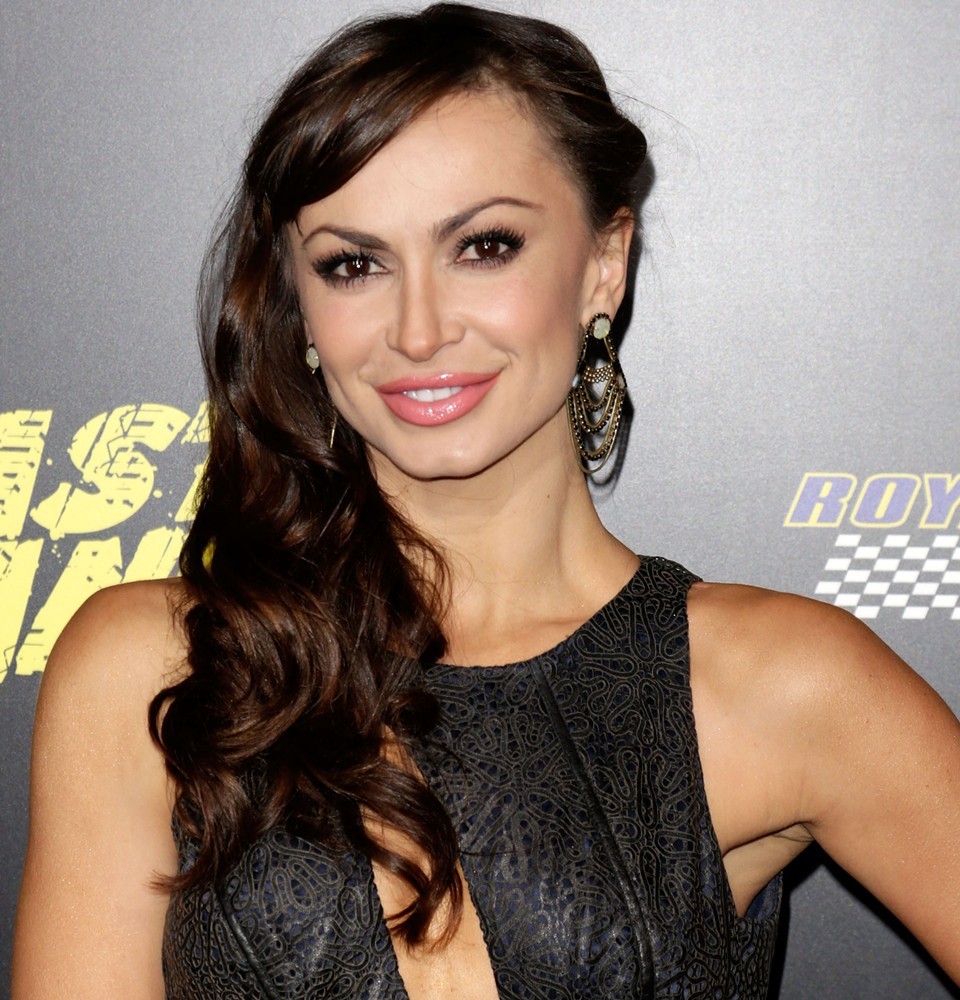 Karina Smirnoff is a Ukrainian professional ballroom dancer. She is best known to the general public as a professional dancer on Dancing with the Stars, winning the thirteenth season with army veteran and soap opera star J. R. Martinez. She’s also won 2 runner-up titles, a semi-final title, and several quarter final titles. 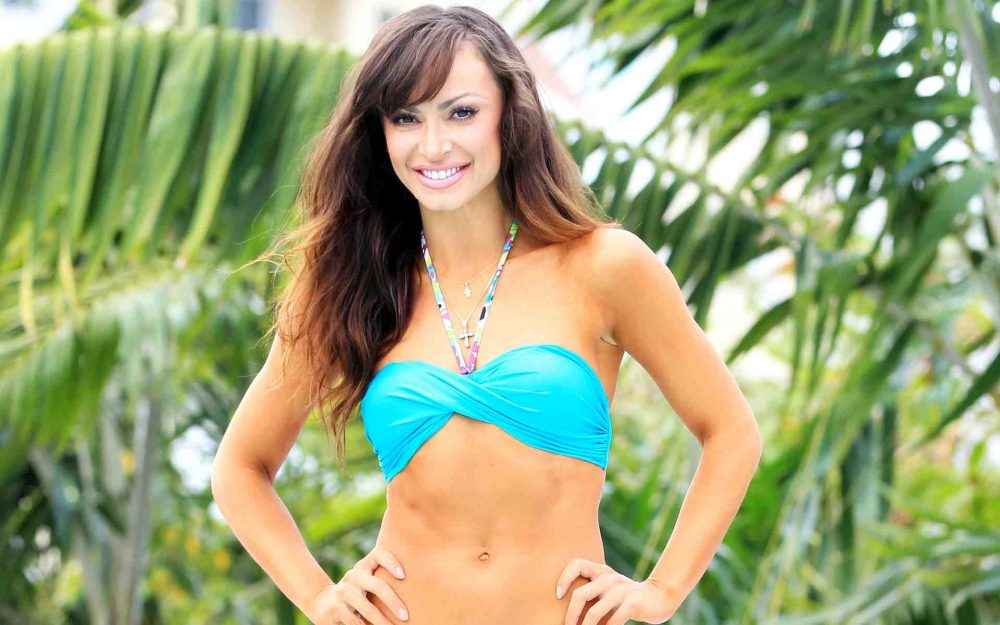 Season 13 Mirror Ball Champion Karina Smirnoff has made her mark for the past eight years as one of the featured dancers on ABC’s hit reality series Dancing with the Stars. Her success on Dancing with the Stars, the #1 rated show in its category averaging 36+ million viewers per week, has made Karina a household name and a sought after beauty, health, fitness, and fashion icon. She has been the most Googled professional dancer on the show.

What most people don’t know about the Ukrainian beauty is that her skills are not merely physical. She studied diligently at Fordham University in New York and earned two degrees – a B.A. in Economics and in Information Systems Programming. Karina is also a talented fashion designer and choreographer. She choreographs all of her own partnered routines on Dancing with the Stars and has been designing all of the costumes for both herself and her partners since day one.

She is considered “one of the most stylish and fit stars in Hollywood” and has been featured in numerous publications: FitnessRx for Women, FHM, Fitness Magazine, LA Confidential, Muscle & Fitness, TV Guide, and Woman’s World. She is a regular on the pages of People Magazine, Life & Style, US Weekly, OK! Magazine, and In Touch.

In 2011, Karina released two designs from her Bearpaw Boots KS Collection – the Alyeska and the Capulet. She was a partner in a successful cosmetics venture and is currently working on plans to turn that experience into her own line of beauty and health products. This year, she introduced a raspberry ketone stimulant-free weight-loss and energy supplement called Karina’s Ketone.

She released her first successful dance fitness DVD called Shape Up with Karina and will be releasing a series of workout DVD’s called Dance FITNESS. She also opened a successful dance studio in Woodland Hills, CA called Karina Smirnoff Dance. The studio incorporates competitive, social dance classes, and fitness dance classes, as well as a scholarship program for at-risk youth directly related to her charity Dance Intervention – a division of Alternative Intervention Models. 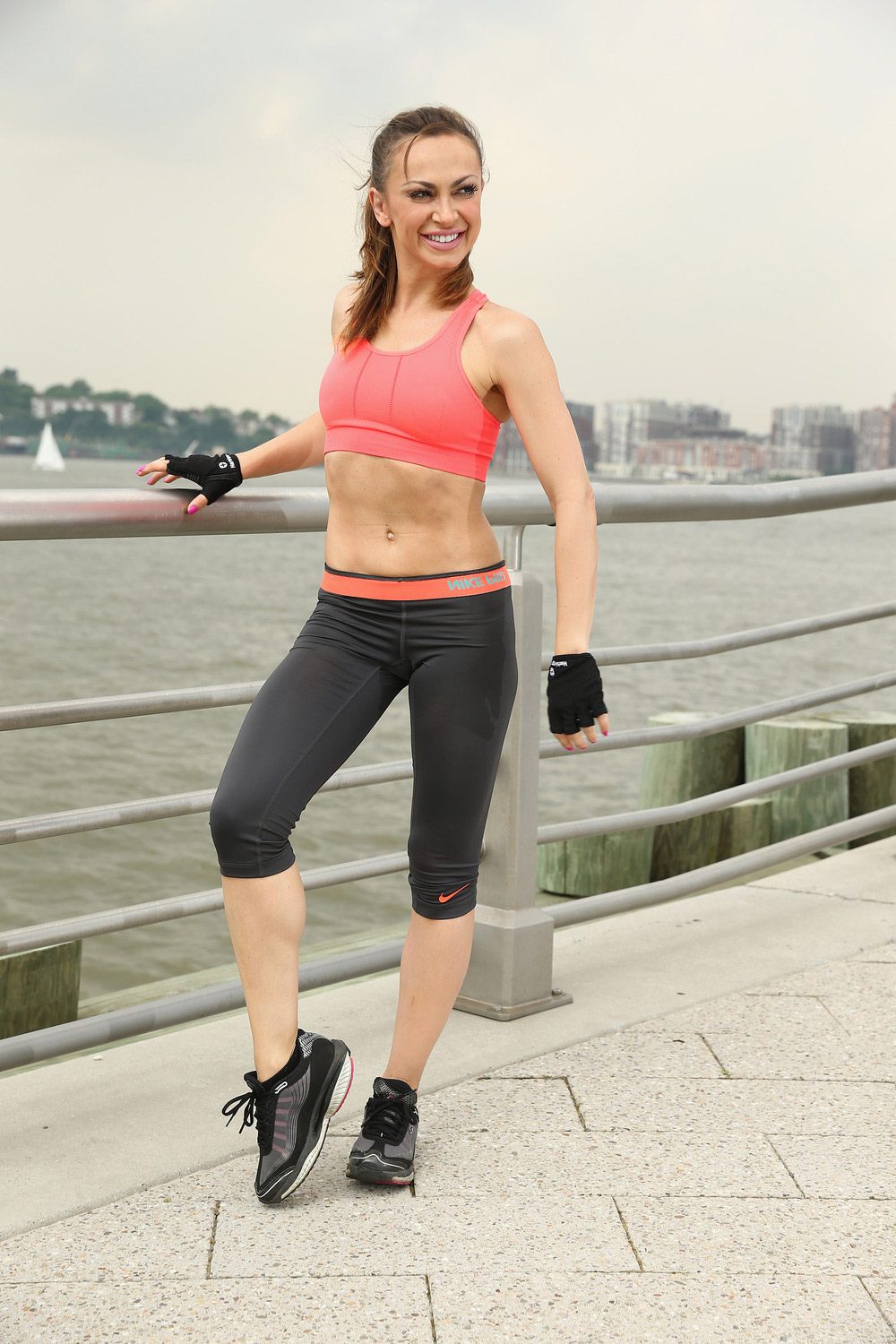 Karina has a passion for environmental causes and her dance studio is the first eco-friendly LEED certified studio of its kind. In addition, Karina has led a celebrity consortium to activate the Wildlife Champions initiative with Procter & Gamble. She is also a PETA spokeswoman for the “I’d rather dance naked than wear fur” billboard and print campaign.

DanceFIT – KS is a customized, unique fitness experience for hotel, resort, and cruise ship guests with a celebrity dance instructor that they will not get elsewhere. It is also gaining momentum at large, medium and small corporations as a way to keep workers motivated in the workplace, build company morale, and help workers achieve their health and wellness goals. Karina is touring internationally with the program.

Her accomplishments include starring roles in Broadway hit sold-out shows Forever Tango and Burn the Floor and a performance at the 61st annual Primetime Emmy Awards.

Karina has hosted segments for E! News, TV Guide, EXTRA, and has appeared in specials on Bravo, ABC, and Lifetime. She has appeared on Good Morning America, The View, Jimmy Kimmel Live, and Hannah Montana, among others. She has also appeared in the films Across Grace Alley and Shall We Dance.

Karina is a versatile and dynamic talent and a force to be reckoned with. She continues to captivate fans and audiences worldwide with her charismatic personality, unparalleled performance capabilities, beauty, and grace.