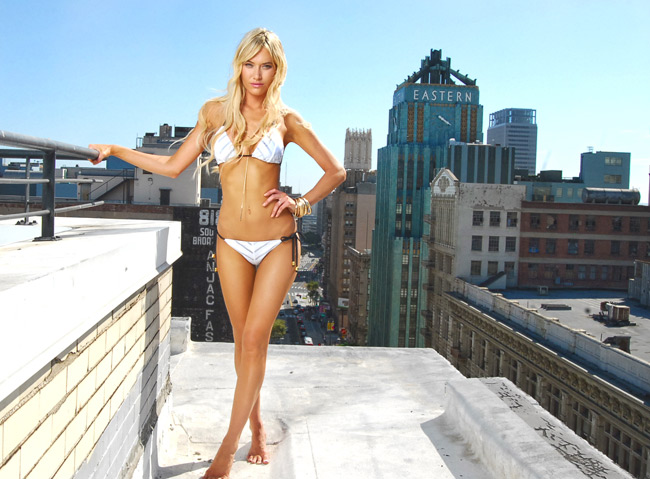 Kylie Campbell is a beautiful and talented model who turned into an entrepreneur after finding her passion of designing bikinis, and recently created her own bikini company.

Born and raised in California, and with a degree in arts, Kylie discovered the necessity for KOA Swim while attending college in Southern California with a healthy addiction to sun and swimwear. She found herself visualizing new styles in class then searching for weeks to find the style she created in her mind with no success. It seemed that no other brands could capture the essence of her ideas and they appeared bland and overpriced in comparison. Kylie began to put her ideas into action and learned to sew bikinis through endless practice and patience.

In the beginning, Kylie did not intend to make a business from her bikinis but others tried to buy them anyway. Her talents could not remain hidden and her bikinis were quickly in demand across the campus. Kylie could see that she was helping others and decided to create KOA Swim as a means to share her ideas with the world.

Today KOA Swim has captured a national following and continues to deliver gorgeous swimwear to beautiful women everywhere. Kylie found that no matter where you are, when you’re in a bikini, life is beautiful.

Kylie Campbell is an exceptionally beautiful and talented model. She is owner of KOA Swim, a promising bikini company. She is in conversation with Namita Nayyar, President Women Fitness. 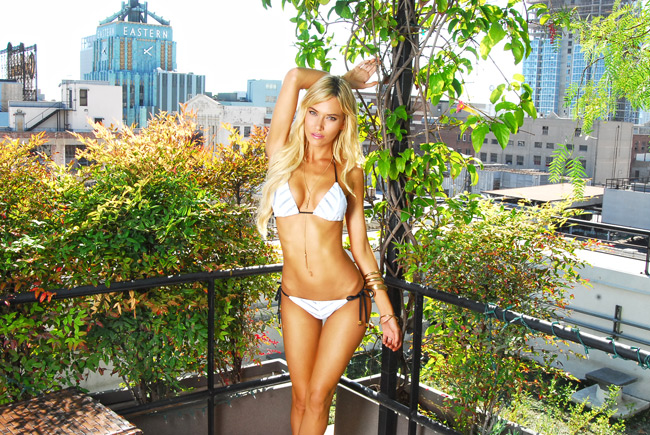 Ms. Namita Nayyar: You were born and raised in California, and with a degree in arts, you discovered the necessity for designing bikinis while attending college in Southern California with a healthy addiction to sun and swimwear. You reached the pinnacle of success when you launched “KOA Swim” your own bikini company. Tell us about your journey that took you to where you are now in the world of modeling and as an entrepreneur?

Ms. Kylie Campbell: My journey began as a young girl that liked to try on her mother’s heels and lipstick. I guess I’ve always been drawn to those things that only us women get to enjoy. As a teenager I was approached by a photographer for a surf magazine and fell in love with the idea of playing dress-up as a profession. I believed a strong education was important so I went to college after high school and studied toward my Arts degree. During my time at college I really pursued my passion of design. On Christmas I was given a sewing machine and I can remember staying up nights on end sewing amateur bikinis that fit more like raincoats than swimwear. It was these small failures that led to my large success.

Eventually I was putting together designs that fit like a dream and others were taking notice. It was a tough decision to pursue my passion and create KOA swim but it’s a decision I’m happy I’ve made. You can’t reach the sky if your feet don’t leave the ground, so I made the leap. The business is non-stop work but it gives me joy to see our KOA Beauties having fun and loving life. I model my swimwear as well as other products because I love to play dress-up and stay fit. I am truly lucky to have the opportunity to build my dreams while having a blast.