People with high amounts of lutein+zeaxanthin in their blood have lower risk for developing AMD.

Age-Related Macular Degeneration (AMD) is an acquired ocular disorder and a leading cause of legal blindness in persons over sixty. AMD affects the macula, the central part of the retina, which is responsible for providing clear, sharp vision needed for reading, writing, driving and other visually-demanding activities.

Earlier research had suggested that the development of AMD is linked to a depleted level of macular pigment. This retinal layer efficiently filters out harmful blue wavelengths of light, and also reduces the amount of free radicals, which are compounds found in high concentrations in the macular area and can cause oxidation of cell membranes. It is theorized that certain antioxidant compounds reduce the effect that these free radicals have on the macular pigment, and consequently may have an impact on the development of AMD.

According to a new study, people who ate more of these foods, which contain the nutrients lutein and zeaxanthin, were less likely to have advanced age-related macular degeneration (AMD) than people who ate fewer servings.

Researchers conducted the study using about 4,500 people ages 60 to 80, a group considered at high risk for the sight-robbing condition. Researchers photographed the study participants’ retinas to find out if they had AMD and to identify which of four stages of the disease they were in if they did.p>

Then, the participants filled out questionnaires about eating habits, and the investigators divided them into five groups according to their consumption of several key nutrients, including lutein, zeaxanthin, beta-carotene, lycopene and vitamins C and E. Those in the highest lutein and zeaxanthin groups had the lowest risk for advanced AMD. The other nutrients didn’t seem to affect the condition negatively or positively.

The researchers report the two nutrients may help prevent advanced AMD because they have the ability to filter short-wavelength light. That type of light has been implicated in the condition, which slowly erodes sharp central vision.

Lutein dipalmitate is found in the plant Helenium autumnale L. Compositae. It is also known as helenien and it is used in France for the treatment of visual disorders. Zeaxanthin in its fatty acid ester forms, is the principal carotenoid found in the plant Lycium chinese Mill. Lycium chinese Mill, also known as Chinese boxthorn, is used in traditional Chinese medicine for the treatment of a number of disorders, including visuall problems.

The efficiency of absorption of lutein and zeaxanthin is variable, but overall appears to be greater than that of beta-carotene. Esterified forms of these carotenoids may be more efficiently absorbed when administered with high-fat meals (about 36 grams), than with low-fat meals (about 3 grams).

Those people eating a diet with the most lutein+zeaxanthin (as much as 5.8 milligrams (mg) per day) had a significantly lower risk for AMD than those whose diet contained the least amount (as low as 1.2 mg per day). Dietary studies confirmed the association between frequent consumption of spinach or collard greens, particularly good sources of lutein and zeaxanthin, and lower AMD risk.

Lutein and zeaxanthin, which are naturally present in the macula of the human retina, filter out potentially phototoxic blue light and near-ultraviolet radiation from the macula. The protective effect is due in part, to the reactive oxygen species quenching ability of these carotenoids. Further, lutein and zeaxanthin are more stable to decomposition by pro-oxidants than are other carotenoids such as beta-carotene and lycopene. Zeaxanthin is the predominant pigment in the fovea, the region at the center of the macula. The quantity of zeaxanthin gradually decreases and the quantity of lutein increases in the region surrounding the fovea, and lutein is the predominant pigment at the outermost periphery of the macula. Zeaxanthin, which is fully conjugated (lutein is not), may offer somewhat better protection than lutein against phototoxic damage caused by blue and near-ultraviolet light radiationn.

Lutein and Zeaxanthin, which are the only two carotenoids that have been identified in the human lens, may be protective against age-related increases in lens density and cataract formation. Again, the possible protection afforded by these carotenoids may be accounted for, in part, by their reactive oxygen species scavenging abilities. 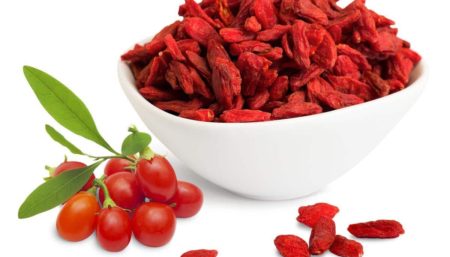 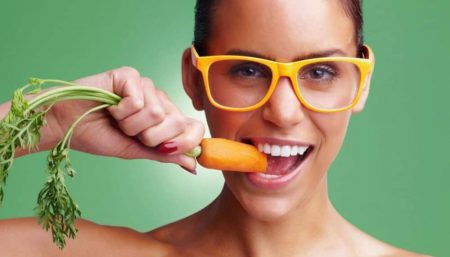 Nutrition and Your Eye
Eye Care 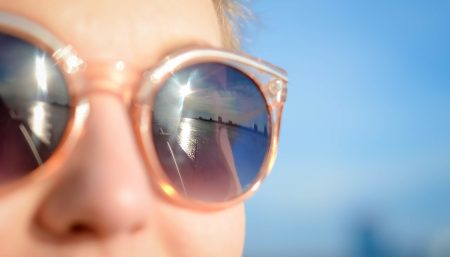 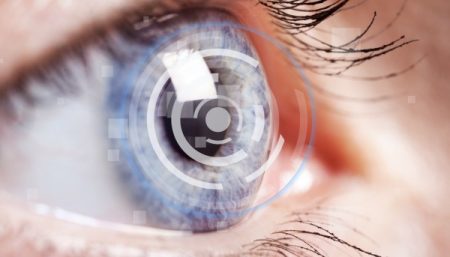