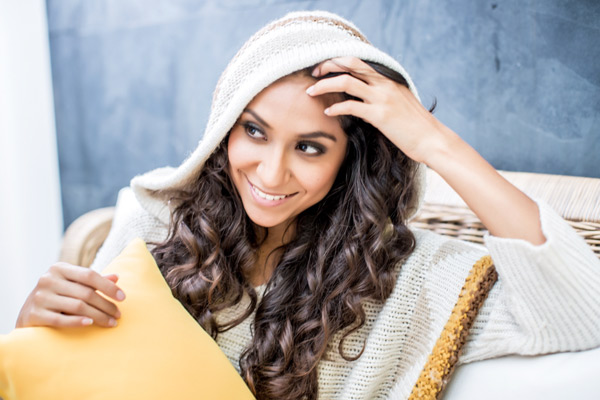 Mariana Flores is a Mexican actress. She was born and raised in Los Cabos B. C. S. Soon she started to feel very interested about theater and started to act in plays at school. She took dancing and singing classes and participated in many events at her home town.

Mariana moved to Los Angeles when she was 20 to study acting at the prestigious academy Stella Adler, where famous actors such as Marlon Brandon or Salma Hayek studied.

Mariana also played the role of Ximena in the TV show D.I.N.K.S and she collaborated with Kincaid Walker and Mathew Stauter. Miss Flores has starred in a number of short films such as “A Good Reason”, “TEST”, “And Then We Laughed”, ” March 15th” and the horror film “El Cucuy”. She has also worked with Oscar winner director Milton Justice.

We’ve seen Mariana Flores in music videos such as “You are Mine” by Jeremih , Sam Tsui “Meant to Be” by Sam Tsui, and ‘Trophy’ by Dell Best.

Mariana was born in Mexico with a treasure of hidden talents. The glory of the Hollywood film and television industry called her from birth. Her frequent visits to the movies as a child inspired her to try her hand at this most competitive of industries. She always knew that she was meant to be a star, and hence nobody could stop this wonderful creature from becoming a part of the glamour of the silver screen.

Having received extensive training from some of the best coaches in both the U.S and Mexico, Mariana integrated her training into many different aspects of her life, and it is reflected in her amazing performances.

Mariana has done it all – stage, screen, web series, music videos, commercials, and more. Her film credits include the drama And Then We Laughed in which Mariana plays a young woman in a mental hospital, Fernando Lincon’s A Good Reason, where Mariana plays the mother of a sick daughter whose husband leaves to find work abroad, Joshua M.

Watson’s March 15, the boxing dramaHang Them Up, and the avant garde comedy Special Delivery, as well as the popular web series DINKS (short for Double Income No Kids), music videos for Def Jam recording artist Jeremih, as well as YouTube sensation Sam Tsui’s Meant to Be and Boston rapper Dell Best’s The Trophy. You can also find Mariana starring in commercials for Nescafe and Pantene.

When asked about her “favorite role thus far” Mariana doesn’t hesitate to say that it’s the lead role of Christina in Fernando Lincon’s A Good Reason. “I found Christina’s complexity, emotionality and supreme energy to be both exhilarating and challenging,” she says. “I had to dig deep to get to Christina’s rage, anger and excitement.”The successful short is currently being developed into a full-length feature.

Mariana’s determination and positivity is infectious. She is a strong believer in not giving up or giving in when the odds are stacked against her. The advice she has for other actors is “if someone doesn’t want to give you a role because of your age, your accent, skin color, race, or illness, you have to move forward with even more determination. You have to realize your own power and not be bothered by what people say about you.” Mariana strives to always live by this rule, and be an example to her loved ones and her fellow artists.

Mariana loves playing “tricky” characters. She brings her characters to life in a way that is sometimes funny, sometimes sad, but always refreshing. Her dream co-star is Meryl Streep whose performances “always touch her heart” – especially in her favorite film Angels in America.

And if taking over the stage and screen is not enough, Mariana also has dreams of directing films. She wants to tell important stories that make people think and ultimately improve the human condition. If she can direct half as well as she acts, I’ll be the first in line to buy my ticket to her directorial debut.