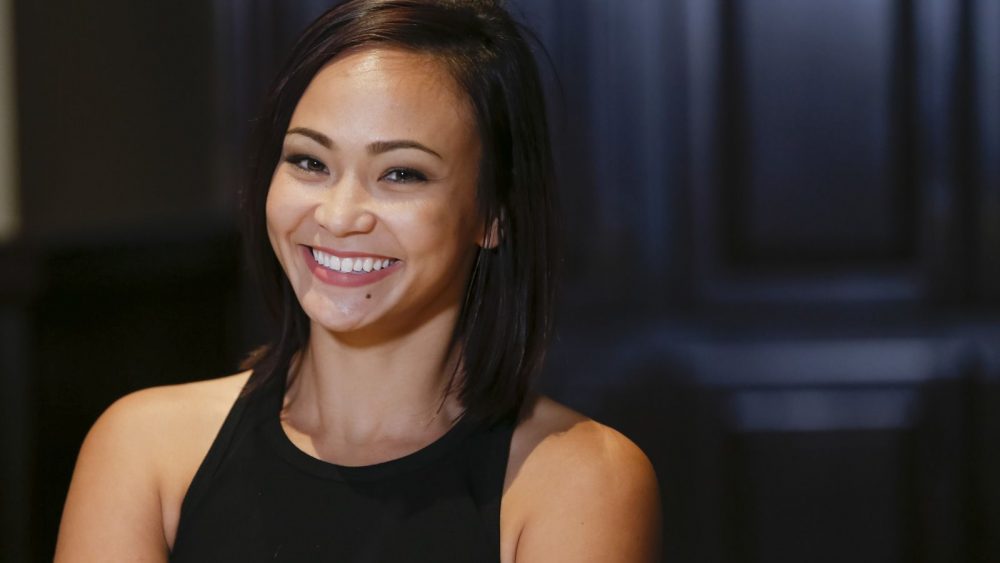 Michelle E. Waterson is an American mixed martial artist and model whose nickname is The Karate Hottie. She is the Invicta FC Atomweight Champion. Waterson is currently the #9-ranked pound-for-pound female MMA fighter in the world by MMARising.com and the #1-ranked Atomweight (105 lbs) according to the Unified Women’s MMA Rankingsand Fight Matrix.

Born in Colorado Springs and raised in Aurora, Waterson is of Thai descent. She began her modeling career in 2004 after she graduated from Aurora Central High School. A karate student since the age of 10, Waterson holds a Black Belt in American Freestyle Karate and has also trained in WuShu, Muay Thai, Brazilian jiu-jitsu, Boxing and wrestling.

Waterson rose to fame as a contestant on the Muay Thai-themed Fight Girls reality show on the Oxygen television network. She was also featured as one of the fighters in the MTV/MTV2 reality show Bully Beatdown.

Waterson made her MMA debut on February 16, 2007 at Ring of Fire 28: Evolution against Andrea Miller and won the fight by unanimous decision. She faced Freestyle Cage Fighting champion Lynn Alvarez at Ring of Fire 31: Undisputed on December 1, 2007, but lost by submission in the first round.

Waterson made her Strikeforce debut against Tyra Parker at Strikeforce: Payback on October 3, 2008. She won the fight by rear naked choke submission in the first round.

Waterson faced Karina Taylor at Duke City MMA Series 1 on March 1, 2009. She won the fight by armbar submission in the first round. There was some controversy with this fight because Taylor did not tap out to the armbar.

On April 11, 2009, Waterson fought former WIBA and IFBA Flyweight Boxing Champion Elena Reid at Apache Gold: Extreme Beatdown. Reid won the fight by TKO in the second round. Waterson faced the debuting Rosary Califano at EB – Beatdown at 4 Bears 6 and won by submission due to a flying armbar in just 15 seconds.

She faced Masako Yoshida at Crowbar MMA: Spring Brawl on April 24, 2010. Waterson won the fight by TKO in the first round. Waterson returned to MMA on January 21, 2012.

She faced Diana Rael at Jackson’s MMA Series 7 and won the fight by rear-naked choke in the first round. 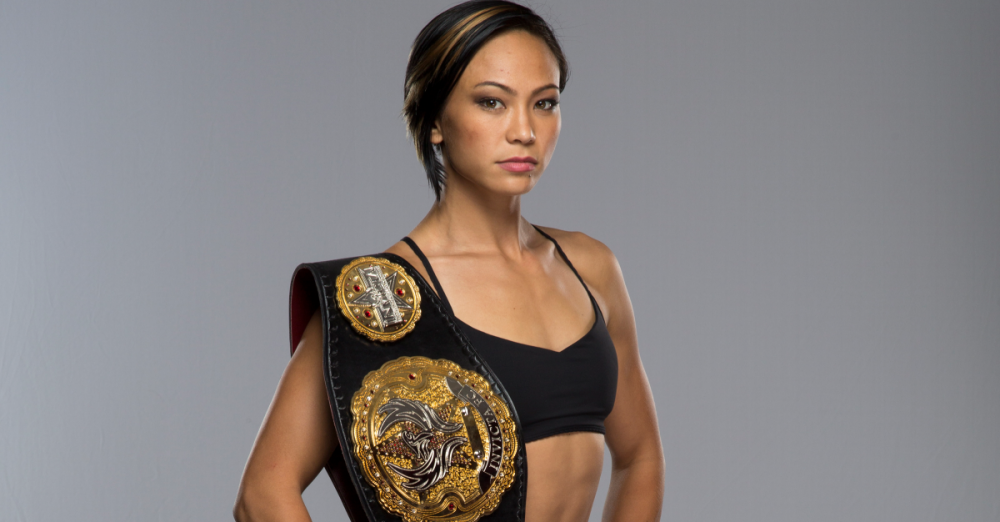 She is featured in the music video for Head Crusher, the first single from the Endgame album by the American Metal band Megadeth.

Michelle Waterson is an American mixed martial artist. She is World Atomweight Champion. She is in conversation with Namita Nayyar, President Women Fitness.