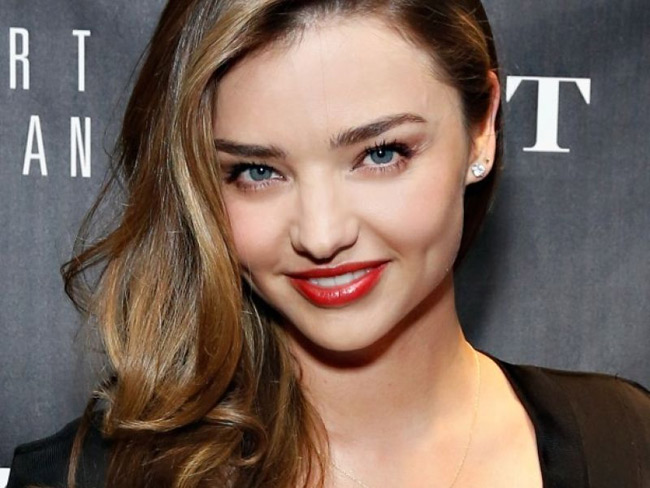 Miranda May Kerr was born on 20th April 1983. She is an Australian model. Kerr rose to prominence in 2007 as one of the Victoria’s Secret Angels. She is the first Australian to participate in the Victoria’s Secret campaign and also represented the Australian up-market department store chain, David Jones. In addition, Kerr has launched her own brand of organic skincare products, Kora Organics, and released a self-help book, Treasure Yourself.

Kerr began modelling in the fashion industry when she was 13, starting at Chaay’s Modelling Agency, and subsequently won a 1997 Australian nationwide model search hosted by Dolly magazine and Impulse fragrances. She married English actor Orlando Bloom in 2010; they have since separated.

In New York, Kerr had a multitude of runway appearances and then signed with NEXT Model Management in early 2004. From there, she was booked for runway and print campaigns for major labels, including Alex Perry, Baby Phat, Lisa Ho, Voodoo Dolls, Levi’s, Bettina Liano, Nicola Finetti, L.A.M.B., Heatherette, Betsey Johnson, Trelise Cooper, Jets, John Richmond, Blumarine Swimwear, Neiman Marcus, Seafolly Swimwear, Anna Molinari, Rock and Republic, Roberto Cavalli, and Ober Jeans. Kerr was also booked for print in magazines such as Elle, Australian Vogue and Harper’s Bazaar, and was featured in television advertisements for brands like Portmans, Bonds, and Veet.

In early 2006, Kerr appeared in the finale episode of the TV show Project Runway, modelling clothes for contestant Daniel Vosovic’s final collection. She was the first woman to walk down the catwalk. She debuted with the United States market when she signed a lucrative cosmetics contract with Maybelline New York. The campaign ran in a series of internationally sold women’s beauty magazines, including Cosmopolitan, CLEO, and Elle, and was eventually featured in Victoria’s Secret catalogues. Along with several other Victoria’s Secret and Next agency models, Kerr was also featured in a music video for the American hip-hop single “Number One” by artists Kanye West and Pharrell.

Following her success with Maybelline, Kerr became the first Australian model to be offered a contract with Victoria’s Secret in 2007, replacing Gisele Bundchen. Upon her acceptance, she became the first ever Australian Victoria’s Secret Angel joining the stable of models already signed to the lingerie giant, including Alessandra Ambrosio, Karolina Kurkova, Adriana Lima, Selita Ebanks, Izabel Goulart, and Heidi Klum. Before becoming an Angel in 2007, Kerr was already picked to become the successor of Alessandra Ambrosio as the face of PINK in 2006. Kerr’s popularity continued to increase as one of the globally recognised Angels when she appeared in the Victoria’s Secret 2006, 2007, 2008, and 2009 televised runway shows, which aired on four continents.

In 2007, Kerr had signed on as the face of Californian fashion retailer Arden B. After debuting in their Spring and Summer ad campaigns, Kerr returned for their Fall 2007 campaign, shot by fashion photographer Diego Uchitel. Following her modeling success with Victoria’s Secret, Kerr made a small guest appearance in the CBS sitcom How I Met Your Mother alongside fellow Angels: Adriana Lima, Marisa Miller, Alessandra Ambrosio, Heidi Klum, and Selita Ebanks.

She also became the new face of Clinique Happy and signed a lucrative six-figure deal to be the new face of Australian department store David Jones, replacing model Megan Gale. In 2008, having earned an estimated $3.5 million in the past 12 months, Forbes placed Kerr tenth in the list of the world’s top-earning models. 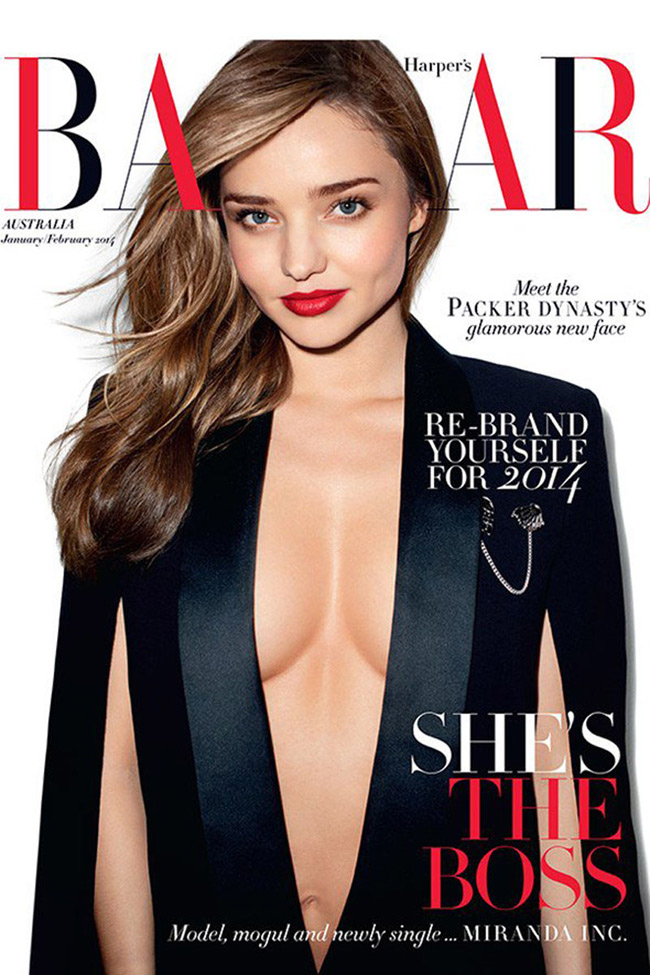 Since 2009, Kerr was in the spring/summer ad campaign for O. She was in Forbes 2009 list of the world’s highest-paid models, ranking 9th with estimated earnings of $3 million. She left NEXT Model Management and signed with IMG Models. Kerr posed nude on the cover of Rolling Stone Australia’s July 2009 issue. She then ended the year walking in the annual Victoria’s Secret Fashion Show.

In October 2009, Kerr launched her own brand of organic skincare products, Kora Organics, with George Moskos and become the face for Kora Organic Skincare.

In June 2009, Kerr posed naked, chained to a tree, for an issue of Rolling Stone Australia magazine, to raise awareness for the endangered koalas. Her charitable work includes Wildlife Warriors Worldwide and Children International. In August 2010, Kerr released an inspirational self-esteem, self-help book, Treasure Yourself. Treasure Yourself is aimed at female teenagers.

She appeared in the 2010 Pirelli Calendar photographed by Terry Richardson in Bahia, Brazil. Previously better known for her Victoria’s Secret status rather than her high fashion work, Balenciaga is credited for launching her high fashion modelling career when casting directors Ashley Brokaw and Nicolas Ghesquiere chose her to walk exclusively for the brand’s spring 2010 runway show. It was her first designer fashion show, aside from Victoria’s Secret, since 2007. A season later she walked for design company Prada for their Fall 2010 collection in Milan alongside fellow Angels Doutzen Kroes and Alessandra Ambrosio. Kerr then modelled for campaigns for Prada and Jil Sander, and was shot by Steven Meisel for the cover of Italian Vogue for September.

In January 2011, Kerr became the first pregnant model for Vogue when featured in Vogue Australia, being six months pregnant at the time of the shoot. In March she hit the catwalk for Balenciaga’s Fall 2011 Ready-to-Wear collection as part of Paris Fashion Week, two months after giving birth. Kerr also posed nude for a 2011 Harper’s Bazaar photo shoot. In October at Paris Fashion Week SS12 she walked the runway for Christian Dior, Lanvin, Chanel, John Galliano, Stella McCartney, Viktor & Rolf and Loewe. Kerr was chosen to present the $2.5 million Victoria’s Secret Fantasy Treasure Bra for their fashion show in November 2011.

In January 2012, she was named ambassador for Qantas. In June, Kerr signed a contract to represent Samantha Thavasa, promoting the brand’s “Malissa” bag. In November, she was named the new face of high street brand Mango, replacing Kate Moss for its spring/summer 2013 campaign.

In March 2013, negotiations to renew her five-year contract with David Jones “fell through,” leading to a peaceful split between the two parties. The following month, it was reported that Kerr’s three-year, $1-million contract with Victoria’s Secret was not being renewed. Anonymous sources claimed Kerr had a “difficult reputation” and was not “a big seller for VS”; however, Kerr’s camp stated she was unable to commit the necessary time to the brand. In response, Victoria’s Secret chief marketing officer Ed Razek stated he had already invited Kerr to walk in that year’s fashion show.

She was ranked 2nd in Forbes 2013 list of the world’s highest-paid models, with estimated earnings of $7.2 million. In October, Kerr was named the face of Austrian crystal house Swarovski for their fall 2013 campaign, and that December she starred in social shopping website ShopStyle’s first national campaign.

In February, Kerr replaced Gisele Bundchen as the face of Swedish clothing brand H&M. She then featured in high-profile campaigns for Reebok and Wonderbra.On 22 April 2014, Kerr released her first single on-line, featuring her and crooner Bobby Fox, in a cover of Elvis Presley’s “You’re The Boss”. 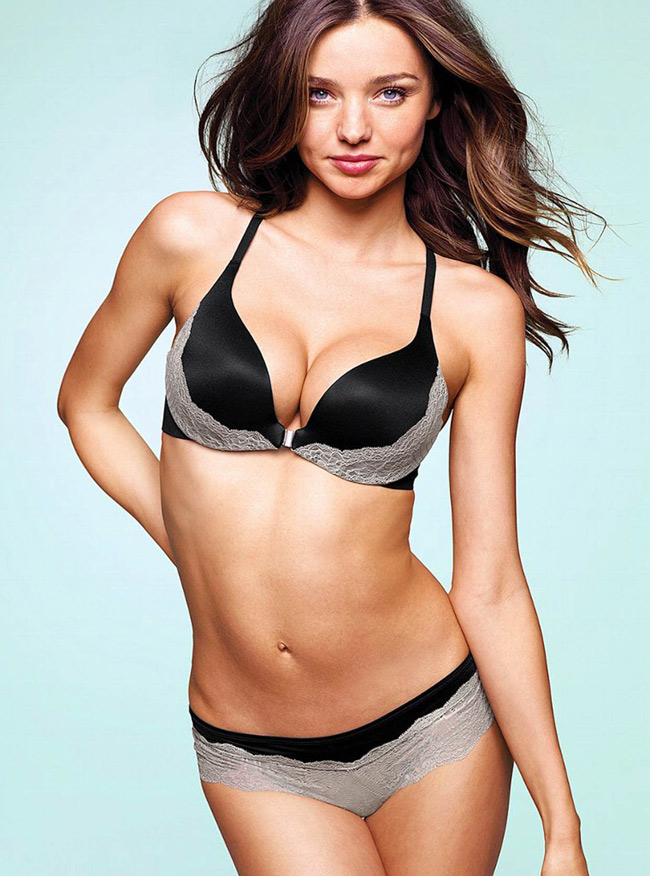 In February 2010, Kerr became the subject of global headlines when David ly, a banker at Macquarie Bank in Sydney, was caught viewing more explicit photos of her on his computer while in the background of a colleague’s live television interview with Channel 7. Within days, a clip of the interview uploaded onto YouTube received over 1.3 million hits.Eventually, Kiely was suspended and an internet campaign launched on his behalf. Kerr herself gave him her backing: “I am told there is a petition to save his job, and of course I would sign it.” The incident prompted a 100% increase in the number of Google searches for Kerr’s name. A few days after the incident, Macquarie Bank announced that Kiely would keep his job.

The US has fallen in love with her. We love her because she has the most incredible girl-next-door look and she’s also insanely beautiful. It means women are not intimidated by her looks and guys think they might be able to talk to her. It’s a fantastic combination … people want to be around her; she’s fun on a shoot … and she’s not stupid, which can be a very annoying trait among some models.

Kerr practices Nichiren Buddhism in the Soka Gakkai tradition and believes “we have a responsibility to bring peace and harmony to our lives and the world.” As part of her Nichiren Buddhist beliefs, Kerr chants Nam Myoho Renge Kyo every morning and night, practices yoga, meditates, and reads widely on spirituality. She maintains her physique through daily yoga, light jogging, and a diet of steamed vegetables, fresh fruit, and fish.

Kerr told readers of Australian Cosmopolitan that coconut oil was the key to her clear skin, shiny hair and trim figure, saying she ingests four tablespoons a day, either on salads, in her cooking or in her cups of green tea.