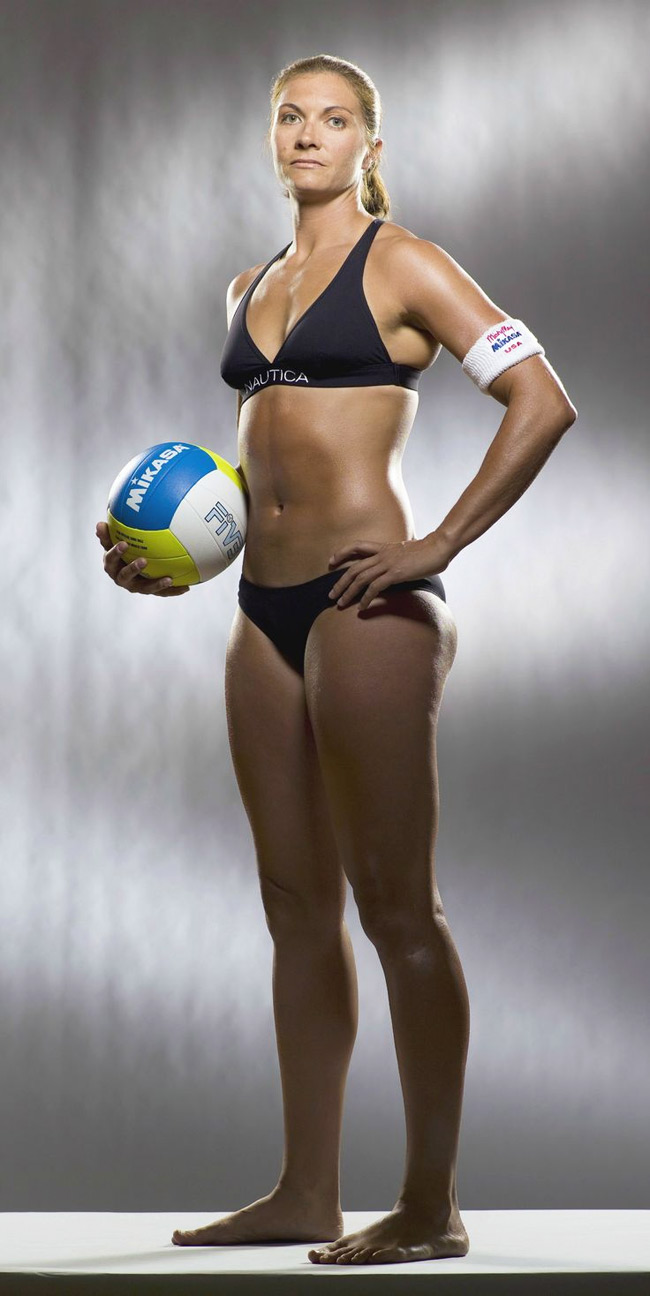 Misty May was born in Los Angeles, California in 1977 to Barbara and Butch May. She grew up playing beach volleyball at the Santa Monica Pier with her parents, and played in her first volleyball tournament at age eight with her father. May-Treanor also played soccer and tennis, as well as participating in dance. During high school, May-Treanor lived in Costa Mesa, California and attended Newport Harbor High School from 1991 through 1995. There, she helped her team win two state championships in indoor volleyball in 1992 and 1994.

In 1993, May-Treanor was named the Division I All-CIF team Player of the Year. In 1994, she was named by USA Today as the best girls’ volleyball player in the nation. She also participated on the track and field team, excelling in the high jump. In 1993 she finished second to future heptathlete Tracye Lawyer at the CIF California State Meet.

May-Treanor played volleyball for the Long Beach State 49 years from 1995 to 1999. The 1998 team that May-Treanor captained was the first women’s NCAA volleyball team to have an undefeated season. She graduated with a BA in kinesiology/fitness in 2002 and was inducted into the Long Beach State Athletics Hall of Fame in 2004. During her tenure there, she racked up numerous Big West Conference and NCAA awards and honors, including the Honda-Broderick Cup for 1998-99 and back-to-back Player of the Year awards in 1997 and 1998. May-Treanor attended Concordia University Irvine for her master’s degree. She earned a Master’s Degree in Coaching and Athletic Administration, her degree was conferred on May 4, 2013 in Irvine, California.

As the starting setter in 1998, Misty May-Treanor led the Long Beach State 49ers to a Division I NCAA Women’s Volleyball Championship with an unprecedented 36-0 record. She shared the NCAA Championship Most Outstanding Player award after setting a tournament record with 20 service aces.

After completing the 2000 season with McPeak, May-Treanor’s volleyball destiny unfolded after she teamed up with a new partner, Kerri Walsh. Rather than play on the newly reformed AVP tour, the duo spent the 2001 and 2002 seasons gaining valuable experience competing on the international FIVB tour. They won their first FIVB tour championship in 2002. In 2003, May-Treanor and Walsh signed with the AVP. They received “Team of the Year” honors after having an undefeated season, going 39-0 in match victories with eight tournament wins.

For nearly the entire period from their initial partnering in 2001, to their respective hiatuses in late 2008, May-Treanor and Walsh dominated both the AVP and FIVB beach volleyball tours. Before the start of the 2008 Olympics, they were riding a win streak of 101 matches and 18 tournaments that began in June 2007.

Following their gold medal victory at the Beijing Olympics, May-Treanor and Walsh returned to the 2008 AVP Tour. Their win streak of 112 matches was broken with an upset victory by fellow 2008 Olympians Nicole Branagh and Elaine Youngs at the AVP Shootout in Cincinnati, Ohio. May-Treanor and Walsh lost again on September 7, falling to April Ross and Jennifer Kessy in the semifinals of an AVP tournament in Santa Barbara, California, marking the first time since April 2007 that the duo missed reaching an AVP tour final. For the 2010 season, with Walsh taking a break from competition for the birth of her second son, May-Treanor teamed up with Branagh. The two won several tournaments together.

Athens 2004: Riding a 90-match win streak, May-Treanor and partner Kerri Walsh continued their winning ways through the 2004 Summer Olympics. In semifinal play, the pair defeated fellow Americans – and May-Treanor’s former partner – Holly McPeak and partner Elaine Youngs. May-Treanor and Walsh defeated Brazil in the championship match to win the gold medal. The duo did not lose a single set in all seven matches.

Beijing 2008: On August 21, May-Treanor and Walsh repeated as Olympic gold medal defeating the first-seeded Chinese team in two games. They are the only beach volleyball team to repeat as gold medalists. May-Treanor was named the Most Outstanding Player for the women’s competition.

London 2012: May-Treanor and Walsh competed in the 2012 Summer Olympics in London. In the preliminary round, they extended their Olympic winning streak to 32 consecutive sets without a loss with wins over Australia and the Czech Republic. The streak came to an end when they lost their first set to the Schwaiger sisters from Austria; May-Treanor and Walsh went on to win the match 17-21, 21-8, 15-10. May-Treanor and Walsh defeated fellow Americans April Ross and Jennifer Kessy in the final to claim the gold medal (21-16, 21-16).

May-Treanor has made numerous minor television appearances, including Dancing with the Stars, episodes of CSI: Miami, and the Late Show with David Letterman. In 2008, May-Treanor competed in Dancing with the Stars (U.S. season 7) with partner, Maksim Chmerkovskiy. May-Treanor ruptured her Achilles tendon during a training session for the show, and was consequently forced to withdraw from the competition. Following the 2008 Olympics, May-Treanor appeared in an episode of the Disney series Wizards of Waverly Place. On August 14, 2012 she appeared on The Daily Show with Jon Stewart. 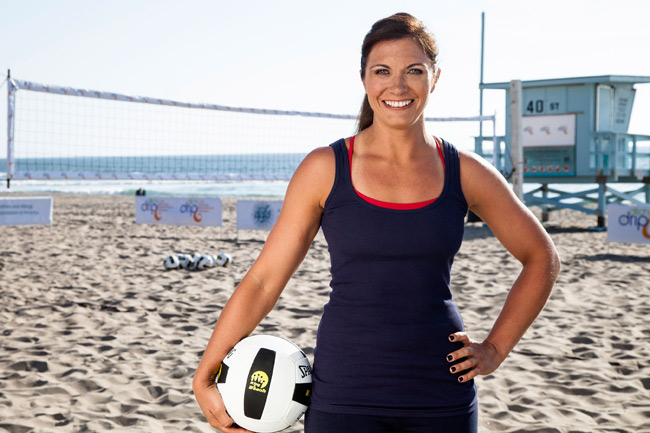 All content on this site is copyright of Women Fitness and no part of any article found on this site may be reproduced without an express permission and highlighted, do follow link crediting https://www.womenfitness.net/ or preferably the original page as the source. This interview is exclusive and taken by Namita Nayyar President womenfitness.net and should not be reproduced, copied or hosted in part or full anywhere without an express permission.