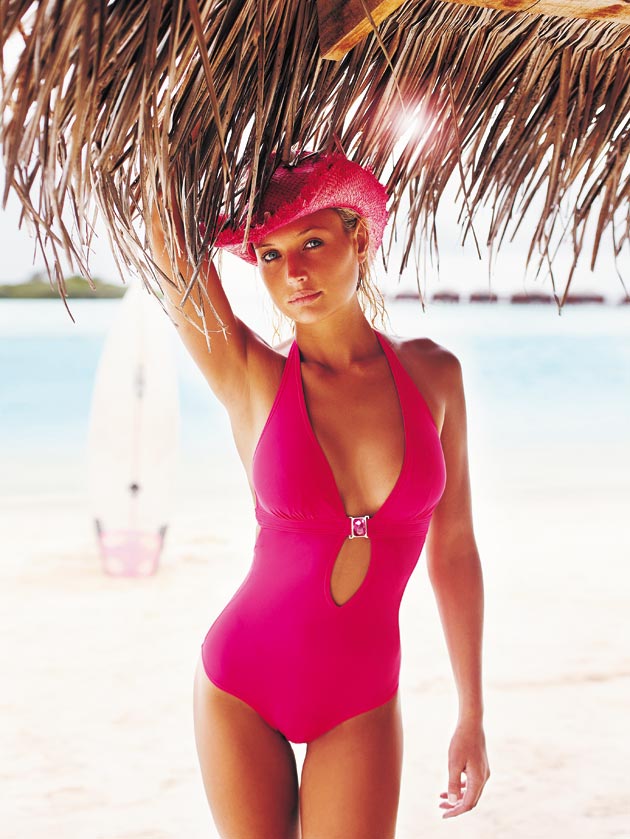 Roxy Louw was born in Cape Town, South Africa. She is proud of her dad Rob Louw who was a Rugby legend. She spent an amazing 8th year of her life in Italy which opened her eyes to the European culture and played a great role in her steps toward adulthood. The modelling started when she stopped playing provincial hockey and took up competitive surfing.

It was with surfing that she got spotted by Seth Hulley (ex pro surfer) at the age of 17 and signed up with Oakley America as a team rider. In that year she found herself travelling on a surf trip to Fernando de Narona, an island off Brazil. On that trip a photo was taken at random looking at the waves which became the internationally Oakley Campaign for the year. From there her modelling career hay wired and she has been travelling for Oakley on their campaigns on varies shoots to Brazil, Costa Rico, Bali, California and Hawaii.

Roxy Louw was lucky to also shoot with Sports illustrated swimwear edition in the Maldives. Billboard for Woolworths and KAUAI health food. She has been on various TV commercial shoots such as Woolworths, Kauai, Oakley, Vodacom, Nashua Mobile and also travelled with fhm Calendar to Madagascar. She loves travelling and her mind sponges every bit of information on her travels of all the vast cultures and people she meets on her travels trips. She was selected as “FHM 100th edition golden girl”. Winning the “FHM 100 sexiest woman” in the world and that opened more doors for her. Roxy Louw is now moving into the Television and movie industry and has worked with Universal Pictures on a film shot in South Africa.

She says about her philosophy ” Live life to the fullest and chase all those fears! Challenge them! They only make you grow stronger :)” She live life as she surf on waves. She says You can’t plan, you just have to go with where the wind takes you. She further adds in her case God is my wind and so worry the less.

Roxy Louw is an exceptionally talented South African surfer and leading model. She has been selected as “FHM 100th edition golden girl” and won the “FHM 100 sexiest woman”. She is in conversation with Namita Nayyar, President Women Fitness. 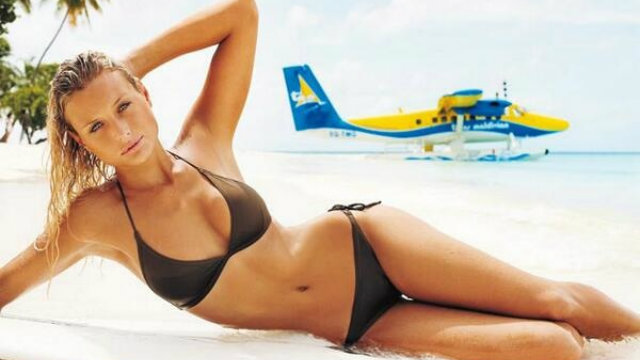 Ms. Namita Nayyar: You were born in Cape Town, South Africa and is a daughter to Rob Louw a rugby legend. Earlier in life you played provincial hockey and took up competitive surfing. Your career turned towards modelling with never to look back. You reached the pinnacle of success in modelling by featuring in famous Sports illustrated swimwear edition. Tell us about your journey in your professional surfing career & modelling and what factors you consider were responsible that made you achieve success?

Ms. Roxy Louw: I was very lucky to have grown up under successful sports men and woman as mentors and friends with my dad being a rugby legend and a socialite. I learnt and watch them strive for success and it was super motivating. I don’t think there was an option…haha