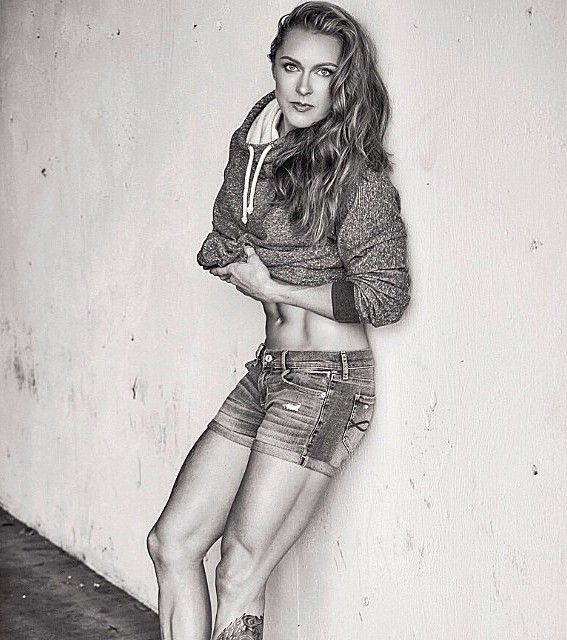 Samantha Briggs is Fittest Woman on Earth and winner of 2013 CrossFit Games. She is in conversation with Namita Nayyar President Women Fitness

You played elite soccer in England in your younger days and competed in the World Duathlon Championships as an age group member of Team Great Britain. A firefighter by trade, you started Crossfit in 2009. You reached the pinnacle of success in CrossFit Games when you won 2013 CrossFit Games and earned the title of “Fittest Woman on Earth”. What factors you consider were responsible that made you achieve that?

I’ve always enjoyed being active, soccer, kickboxing, mountain biking and running definitely kept me busy! This carried over into my career as a Firefighter where I thoroughly enjoyed having a physically demanding job. When I discovered CrossFit in 2009 it was perfect timing, as I’d just retired from soccer and started competing in Triathlons/Duathlons.

I originally started CrossFit to get stronger for Triathlons/Duathlons, but competing in my first Games in 2010 made me want to become a full-time CrossFitter!!! Concentrating on CrossFit for the 2011 season resulted in me placing 4th that year at the Games, which affirmed my decision!

Unfortunately a catastrophic knee injury in 2012 meant I had to sit that season out! Working hard in rehab and trying to strengthen other areas was my main focus for that year hoping I could come back in 2013 stronger! I made the decision to take a career break in the Games season 2013 to allow me to train full-time and commit everything I had to getting back to the Games!

This obviously paid off and resulted in me winning the CrossFit Games 2013! A lot of sacrifices were made in order for me to achieve that title but luckily all the hours spent in the gym were worth it!

You had a hard earned journey in CrossFit Games. You have finished 19th at the 2010 Games, fourth in 2011 and due to injury could not compete in 2012 and then went to win 2013 CrossFit Games. Tell us about your journey of tenacity, discipline and hard work that makes you a phenomena in CrossFit Games?

2012 was probably the hardest year training wise for me. Being injured I had to be so disciplined in my training. Rehab is not the most interesting or fun thing to work on but my days consisted of over 50% of it!

When you’re focusing on a competition it’s easy to say no to nights out, but when you’re not even sure that you’ll be fit enough to compete the year after, those temptations become harder to say no to!

I tried to focus on what I could do instead of what my body couldn’t do!

CrossFit mainly consists of olympic lifting, power lifting, gymnastics, plyometrics, sprinting and endurance exercises. In order to become a good CrossFitter you must try to become as efficient as possible in all the areas! This is one of the reasons I love CrossFitting, I don’t think you can ever truly master everything, you must balance out all the components of fitness. The key is not to specialise in one area!