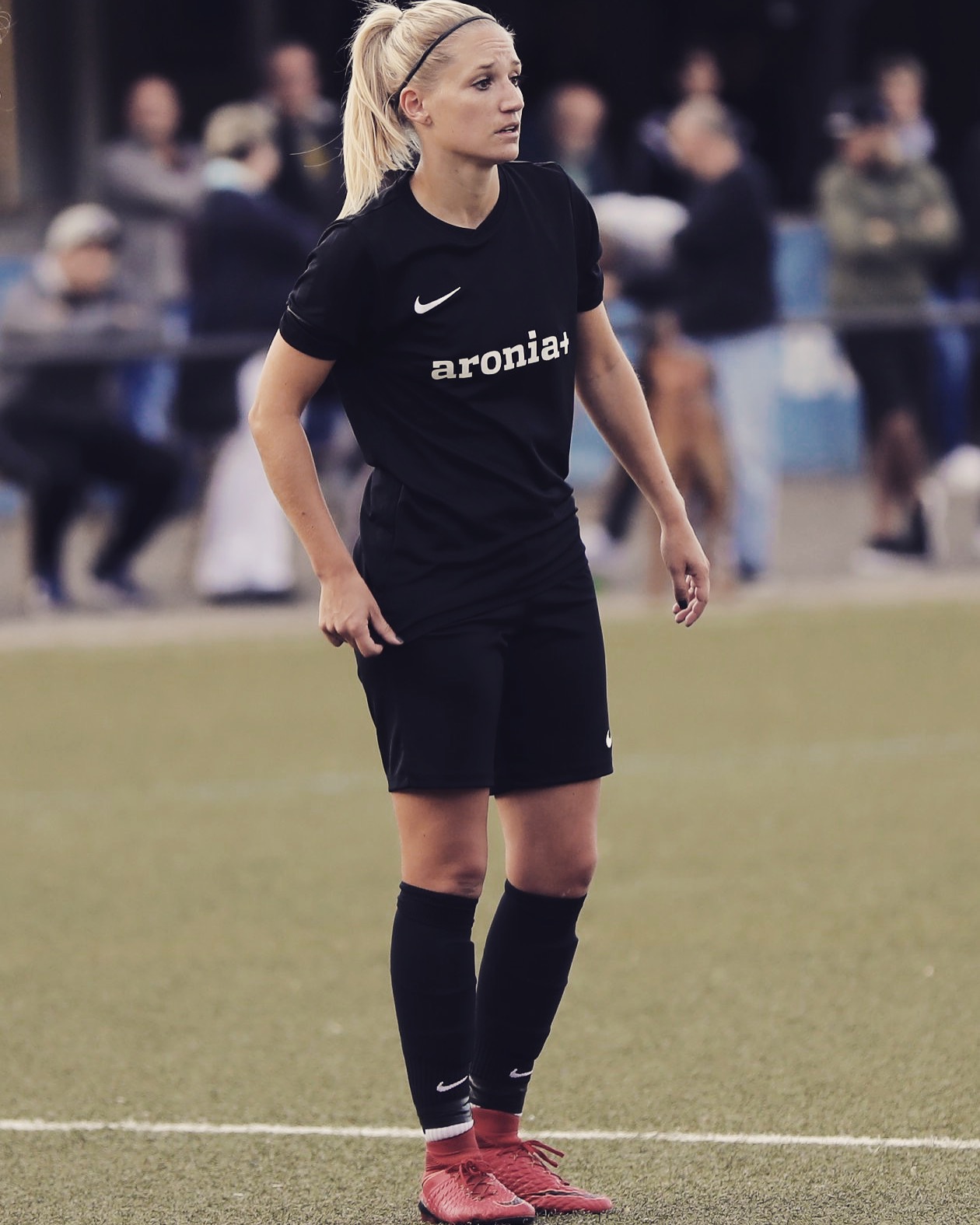 Selina Wagner is a German footballer who plays as a midfielder for SC Sand. At the time of the 2011 FIFA Women’s World Cup, the German July/August issue of Playboy featured a photoshoot of Selina Wagner with teammates Annika Doppler, Ivana Rudelic, Julia Simic and Kristina Gessat.

During the 2012–2013 season, she played an important role in their winning Champions League Campaign, scoring in the second leg of the Semi-Final against Arsenal. In 2015, she moved to SC Freiburg.

Women Fitness recently caught up with the spectacular athlete and spoke to her about what it takes to be a league footballer.

Your journey as one of the most decorated footballers has been nothing short of spectacular. Looking back at the incredible journey that you have had, share your moments of glory & triumph?

When I changed club at the age of 18 and went to VFL Wolfsburg, I didn’t know that this was the best decision of my life. I’ve never even thought of winning the Champions League, German League title and German Cup title twice. We’ve travelled a lot and playing the finals in London and Lisbon was awesome. I also had a great time winning the U20- World Cup in my native country. I am very happy and thankful that I’ve been able to have so many great experiences in my sport with so many special people.

Before this season, I’ve decided to leave the first league and go the next step in my career: help building up a new women’s football department in Elversberg, close to my home town and besides keep on playing also take over some management tasks.