Silvia Kal is a prolific actress, model and TV personality from Madrid, Spain who currently resides in Los Angeles, California.

Since relocating to the United States four years ago, Miss Kal has worked constantly in commercials, films, print, and new media. Her trademark golden eyes and long dark hair, coupled with her dancer’s body, has made Silvia Kal a rising star. Silvia has worked extensively in international music videos, most recently drag racing against Snoop Dogg for his hit single, “Let The Bass Go” from the Dreamworks movie, “Turbo.”

Ms. Kal is also a creative force behind the camera, co-producing the television show, “Subimos Al Cielo” with Spanish TV host, Evelyn Lopez. The series follows both women as they interview artists, designers, thinkers and trendsetters deep inside each nation’s pop-culture while exploring the similarities and differences within the pulsing heart of Madrid and the behind-the-scenes glamour of Hollywood.

Miss Kal can currently be seen in Martin Scorsese’s, “The Wolf Of Wall Street” and an upcoming film version of the hit Broadway musical, “Jersey Boys” directed by Clint Eastwood. You may have spotted her online representing Google’s Lunar X-Prize initiative to revisit the moon, or perhaps you’ve caught her image painted by famed Argentine artist, Fabian Perez.

Silvia Kal is highly talented and accomplished spanish actress, model and TV personality. She is in conversation with Namita Nayyar, President Women Fitness. 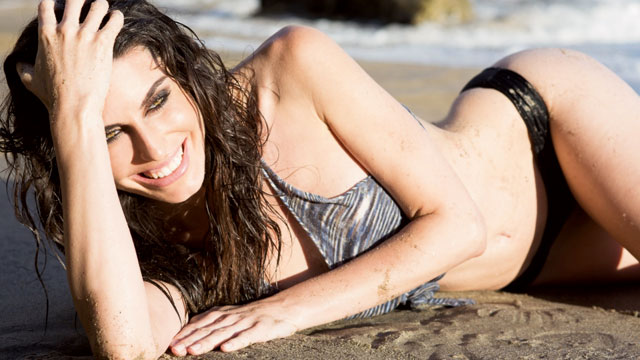 Ms. Namita Nayyar: You must have started to work as a model at an early age and later began to pursue acting. You reached the pinnacle of success when you got the chance to work with directors such as Clint Eastwood and Martin Scorsese. Tell us about your journey that took you to where you are now in the world of acting, as a model and TV Host ?

Ms. Silvia Kal: I’ve never really pursued a modeling career. I work as a model just because it happens. Modeling and acting are very related. In Spain, before I moved to the U.S., I worked as a TV hostess and did some acting too, but I started to act full time six months after I moved to Los Angeles, four years ago. I had always wanted to do it, and if you want to be serious about it, this is the city.