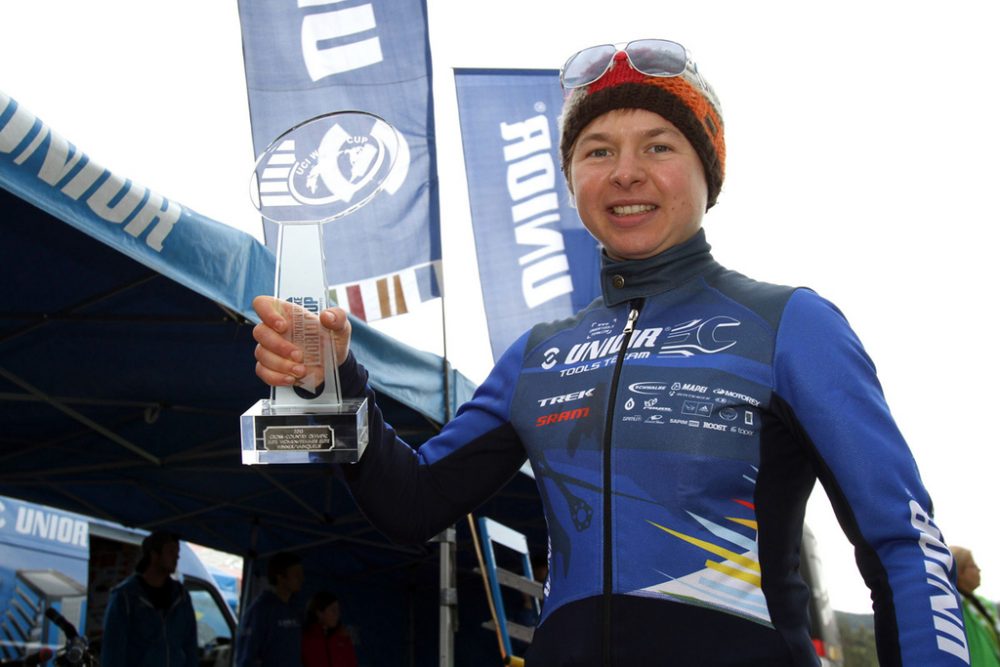 Tanja Žakelj is a Slovenian racing cyclist, holder of multiple world- and European champion titles. She was born in Kranj. She competed in mountain biking at the 2012 Summer Olympics in London. She is the current European Champion and overall World Cup Winner (2013).

She lives in Ledine, a small village of an altitude of 780m. Countryside there is beautiful and surrounded with hills makes it perfect for mountain biking. Many times their family gathers together to help working on the farm. This keep them connected and give them back the feeling of belonging to nature away from the every day rush. One day it happened in autumn 2008 that after the work was almost finished she went to clean the machine while it was still working and suddenly her two fingers were totally cut off her left hand. Luckily there was only little consequences.

For her sports was always one of the main way of spending free time, more often the competitive way of sports – not only for pleasure and health, what she needed were challenges and being among the best helped her to increase her self-confidence.

After finishing primary school she went to secondary school in Idrija. She was always among the best students. As a very good runner she was selected into the team that represented school at world championships in orienteeering. School teacher noticed her talent and introduced her to the first mountain bike trainer. Having no technical skills she first did only uphills, but after taking parts at some Slovenian cross-country races and joining Slovenian national team, she improved very fast.

Meanwhile she played football in U16 girls team (They were national champions), She went skiing and cross-country skiing many times in winter time and if there were days with a lack of time she went for a short session of running or even better – mountain running. One of her goals was to run half marathon in Ljubljana below 1h 20min, but she was nearly for one minute slower, which was still a good result.

All these sports and challenges helped her in adolescence to built her personality and physical abilities. Luckily her family supported her all the time and it still is. People in Ledine accepted her successes in sports with joy and pride, they created a fan club and are there always when she need their support. Nevertheless what makes her the most happy about is that more and more of them is cycling, running and having fun in any kind of sports.

After successfully finishing secondary school she joined University in her Capital city to study chemical engineering. From year to year she was focusing on mountainbike more and more and she found it hard to study at the same time, so she made a break in studying for a year. Good performance in Olympics in London with 10th place was a reward for all the time, work and energy put into training. This achivement highered her ambitions and gave her some fresh positive energy to continue my career as a mountainbiker. In 2013 she became Overall World Cup winner and in 2014 she won the European Championship. 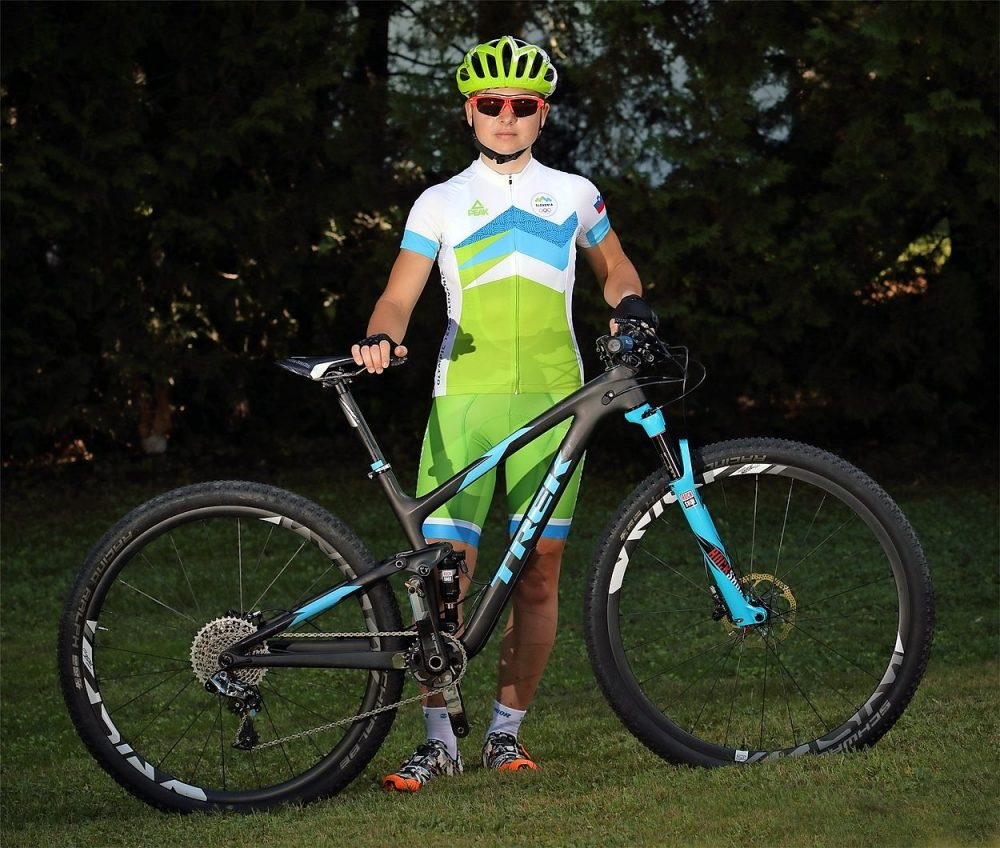