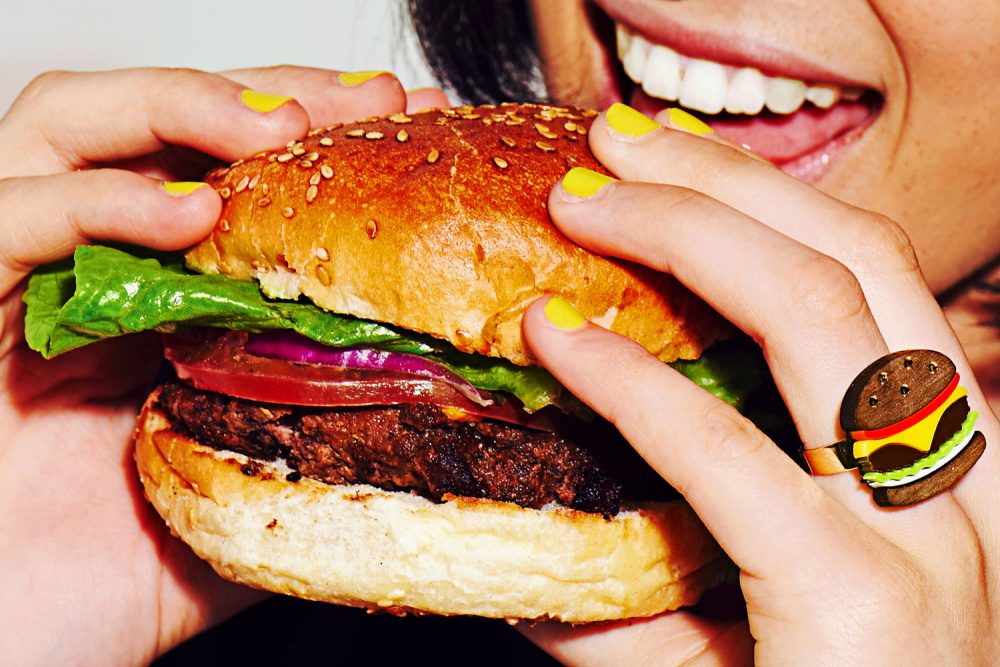 Researchers at Wake Forest University found that trans fats, which are created by partially hydrogenated oil, increase the amount of fat around the belly and redistribute fat tissue to the abdomen from other parts of the body. Trans fats may be found in such foods as margarine, pastries, cookies and crackers, and fried and convenience foods.

Then why do production companies continue to use is? ..because,  Trans fat can make food taste good and last longer on grocery-store shelves, but are more hazardous for your heart.

Although companies are allowed to round down and put “0 grams” on the nutrition label if their product has less than 0.5 grams of trans fat per serving. But if you do a lot of baking — or a lot of eating once the cookies come out of the oven — those trace amounts can add up to unhealthy levels.

The good news? Many food manufacturers and fast-food chains have removed or reduced trans fat. But it still lurks in many foods.

A bowlfuls of whole grains, nuts, and fiber can reduce your risk of diabetes and heart disease, only if it is not packed with trans fat. Below are a list of breakfast cereals containing trans fat. 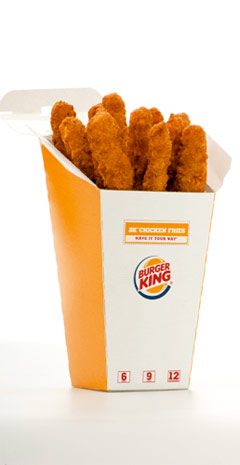 Burger King BK Chicken Fries 12pc,Trans Fat: 6 grams and Burger King French Fries Large, Trans Fat: 6 grams. “The cooking oil used for French fries in McDonald’s outlets in the United States and Peru contained 23% and 24% trans fatty acids, respectively, whereas the oils used for French fries in many European countries contained only about 10% trans fatty acids, with some countries as low as 5% (Spain) and 1% (Denmark),” the researchers write.

With many brands of microwave popcorn in the market, you’ll often find unwanted trans fats (in some cases up to 6 grams per serving) as well. Opt for air-pop kernels and add your own flavors and spices. Try it with a small amount of honey and cinnamon.

Look at the labels; some have higher fat content than others. A chocolate bar with nuts — or a cookie — is likely to have more trans fat than gummy bears.

Nabisco Chips Ahoy! Real Chocolate Chip Cookies have 1.5 grams per 3 cookies. If you plow through a few handfuls of those, you’ve put away a good amount of trans fat. Nabisco’s Premium Saltines, Stoned Wheat Thins, and Ritz have trans-fat levels below 0.5 grams per serving, but some varieties contain partially hydrogenated cottonseed oil in their ingredients lists. If you eat more than a few crackers, even this small amount will add up.

Make sure to read labels carefully when you’re out to buy frozen-foods. They are likely to contain trans fat not just to make the foods more stable but also to give them a fattier feel in your mouth. Frozen dinners and microwave meals are some of the biggest problems. Marie Callender’s country fried beef, grilled chicken bake, tortellini Romano, and fettuccini alfredo dinners, for example, all contain at least 0.5 grams of trans fat each. 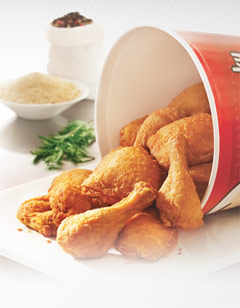 The worst offenders when it comes to fast food-related trans fats are McDondalds and Kentucky Fried Chicken. A serving of friend chicken from the latter contains between 7 and 10 grams of trans fats. For this reason, it is recommended that you consume fast food no more than twice a month.

Non-dairy creamer might appear a simple, inexpensive way to add flavor to the morning coffee; but note that it contains trans fats that can contribute to high cholesterol. 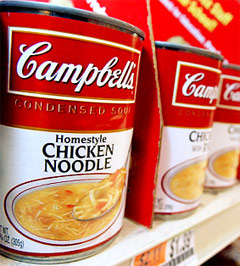 Many canned soups, soup cups and ramen noodles are very trans fat-heavy. Campbell’s soup products, in particular, contain a large number of trans fats. If you don’t feel like making your own soup, make sure to purchase soups that are either low fat or fat free.

Fries, chicken, and other foods are deep-fried in partially hydrogenated oil. Even if the chains use liquid oil, fries are sometimes partially fried in trans fat before they’re shipped to the restaurant. The top foods to watch out for are pies, pot pies, pizza, fish sticks and waffles. On average, many frozen foods contain roughly 3 to 15 grams of trans fat per serving. La Choy’s ready-to-eat chow mein and rice noodles can provide a tasty crunch in salads or stir-fries, but they also deliver 1.5 grams of trans fat per 1/2-cup serving.

Certain flavors of Haagen-Dazs ice cream—including pineapple-coconut, cherry-vanilla, caramel cone, green tea, and even plain old vanilla—contain 0.5 grams of trans fat per serving. But if you read the ingredients list, the telltale listing of partially hydrogenated oils is missing. That is probably because there are naturally occurring trans fats in fat-containing dairy products. However, it is not clear if these naturally occurring trans fats are as bad for you as the trans fats in processed food. They’re high in calories, however, so you should still watch your intake.

These are some of the foods containing trans fat. Trans fat can be found in vegetable shortenings, some margarines, and other foods made with or fried in partially hydrogenated oils. Unlike other fats, the majority of trans fat is formed when food manufacturers turn liquid oils into solid fats like shortening and hard margarine. A small amount of trans fat is found naturally, primarily in some animal-based foods. 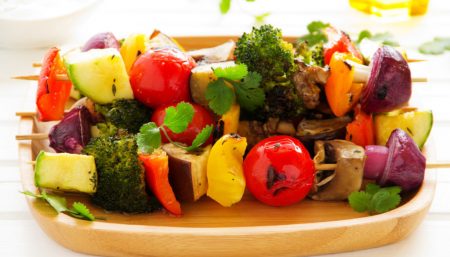 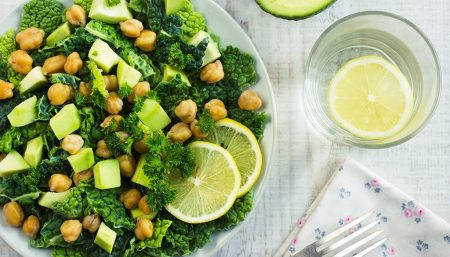 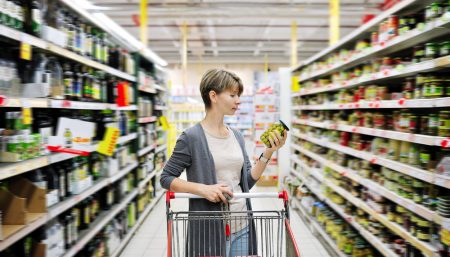 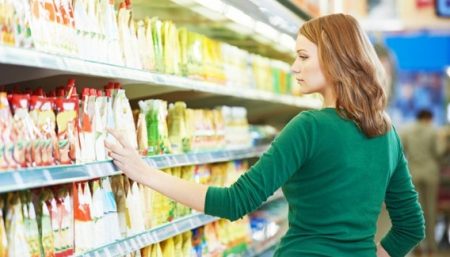 Is Supermarket A Factor In Obesity Rise? A Wake-up Call.