A castle was built on the site in 1228 by the Anglo-Norman House of Burke following their defeat of the O’Connors, the Royal House of Connacht, who are still extant in the person of the O’Conor Don. The de Burgos would build several such castles throughout the province, including one on the mouth of the River Corrib around which was to grow the City of Galway, but Ashford would remain their principal stronghold in the vastness of a wild and untamed province. The principal legacy of the native O’Connors is to be seen at the gates of the estate in the form of the Romanesque Augustinian Abbey of Cong. It is in this abbey that Ireland’s last High King Ruaidrí Ua Conchobair died and from which came the greatest relic of his Court, the Cross of Cong, created to hold a piece of the True Cross and now in the National Museum of Ireland.

After more than three and a half centuries under the de Burgos, whose surname became Burke or Bourke, Ashford passed into the hands of a new master, following a fierce battle between the forces of the de Burgo’s and those of the English official Sir Richard Bingham, Lord President of Connaught, when a truce was agreed. In 1589, the castle fell to Bingham, who added a fortified enclave within its precincts. In 1715, the estate of Ashford was established by the Browne Family (Baron Oranmore), and a lodge in the style of a 17th-century French chateau was constructed.

The Estate was purchased in 1852 by Sir Benjamin Lee Guinness, who extended the estate to 26,000 acres (110 km2), built new roads, planted thousands of trees and added two large Victorian style extensions. The castle was drawn for Sir William Wilde’s book about County Galway. On his death in 1868, the estate passed to his son Lord Ardilaun, an avid gardener who oversaw the development of massive woodlands and rebuilt the entire west wing of the castle, designed by architect James Franklin Fuller. He also subsidised the operation of several steamboats, the most notable of which was the Lady Eglinton, which plied between the villages of the Upper Lough Corrib region and Galway City, thus opening the area to increased commerce. In a time of agitation by tenant farmers in the Land Wars of the late 19th century, epitomised by the action of tenants at nearby Lough Mask House (home of Captain Charles Boycott), he was considered by many to be an ‘improving’ landlord. Some of his efforts were unsuccessful, particularly the Cong Canal, also known as ‘the Dry Canal’, which was built to link Lough Mask and Lough Corrib but was a failure, due to its inability to hold water. Despite such setbacks, the love borne by him and his wife Olive, daughter of the 3rd Earl of Bantry, for the castle and the estate was deep and best epitomised by that fact that when he was ennobled in 1880 he derived his title from the island of Ardilaun, which formed part of the estate on Lough Corrib.

The Castle passed to Ardilaun’s nephew Ernest Guinness, who sold it to Noel Huggard in 1939. He opened the estate as a hotel, which became renowned for the provision of its country pursuits, such as angling and shooting. Noel Huggard’s parents had been in the hotel business in Waterville, County Kerry, since 1910 and his grand daughters, Louise and Paula, run The Butler Arms Hotel there to this day.

In 1951, the film director John Ford came to the west of Ireland to film what would become a movie classic, The Quiet Man, starring John Wayne and Maureen O’Hara. The grounds of Ashford Castle, as well as nearby Cong, formed the backdrop for much of the action in the film.

In 1970, Ashford Castle was bought by John Mulcahy, who oversaw its complete restoration and expansion, doubling its size with the addition of a new wing in the early 1970s, building a golf course and developing the grounds and gardens. In 1985, a group of Irish American investors, which included Chuck Feeney and Tony O’Reilly, purchased Ashford. The Castle was sold by these investors in 2007 for €50 million to Galway-based property investor Gerry Barrett and his family. While some of Mr Barrett’s extensive property loans will be managed by the Irish National Asset Management Agency (NAMA), Ashford was financed by Bank of Scotland (Ireland), who placed the property in receivership in November 2011,[6] though the hotel continues as a going concern, being run by the Tifco Hotel Group, an Irish hotel management company. In September 2012 it was voted the best resort in Ireland and the third best in Europe by Condé Nast Traveler.

In October 2012 the hotel was put up for sale and was valued at around €25 million, half of what Barrett paid in 2007. The hotel currently has 83 bedrooms, six of which are suites. Barret’s plan to add another 13 penthouse bedrooms and 30 lodges in the castle grounds has not gone through.

In its time the castle has played host to many notable guests, including: King George V of the United Kingdom, Emperor of India, and his consort Queen Mary; John Lennon; George Harrison; Oscar Wilde (whose father, Sir William Wilde, had an estate adjacent to Ashford, where the writer spent much of his childhood); LPGA Golfer Mindy Miller; U.S. President Ronald Reagan; H.R.H. The Prince Edward, Earl of Wessex; U.S. Senator Ted Kennedy; John Wayne; Brad Pitt; Pierce Brosnan; H.S.H. The Prince Rainier III of Monaco and his consort, H.S.H. The Princess Grace.

Corrib Rooms
These king/twin-bedded rooms are individually designed and appointed with classic furnishings and fabrics in keeping with the style of the hotel. Each room commands spectacular views of either Lough Corrib, Ireland’s second largest lake, Cong River or the Ashford Gardens. A wide range of facilities are sure to meet all your needs.

Superbly appointed rooms commanding wonderful views of the lake or river, each suite has been recently refurbished and designed to the highest international standard. All feature large tastefully designed bathrooms.

Indulge your senses….. let the natural aromas of pampering treatments relax and restore you in luxury

1hr 15 min
Aroma-stone massage combines the therapeutic benefits of Yon-Ka’s 3 aromatic oils with the relaxing, rebalancing effects of warm, smooth basalt stones to massage the entire body. An Introduction of hot towel compresses and an invigorating conclusion complete the circle of treatment leaving you renewed and relaxed.
Aroma-Stone Massage – Back only

€ 70 30 min
Aroma-Luxe Massage -Aromatic massage – energising or relaxing
€ 100 1hr
For one hour you will be massaged with essential oils – including lavender, basil and verbena – leaving you feeling energised or Relaxed according to your individual needs.
Back Massage

Soins Velours – Moisturising body polish – invigorating or relaxing € 100 1hr
One Treatment with 2 choices for satin-soft skin. Choose from marine mineral salts for an invigorating scrub, or a moisturising, exfoliating soft gel peel for a more relaxing, gentler treatment. Follow with a nourishing massage for skin as soft as velvet!

Secret De Beauté – Head to toe revive € 170 1hr 45 min A real star treatment combining marine mineral salts and aromatic oils for full body exfoliation with a nourishing foot mask and the Hydralessence facial.The perfect gift to yourself or someone you care about.

Yon-Ka – A passion for plants… The essence of skin care

This selection of face and body treatments with essential oils and botanical extracts, is an invitation to a voyage. A voyage to a world of gentleness, of scents and sensations that draw their strength from nature. Each treatment was designed in response to you, your desires, and your needs to reveal your beauty at every age of life.

Plaisir D’Arômes – Aromatic relaxing and well-being facial € 95 1hr
This cocooning treatment unites all of the beneficial elements of a relaxing treatment including the warm aromatic compress and the enveloping relaxing massage.You are left calm and your complexion glows with health, ready to face the day.

Vital Intense – Deep regenerating facial € 110 1hr 15 min
Recommended for all ages to re-infuse your skin with a vital energy that it sometimes lacks after sun exposure, during pregnancy, during menopause or after a spell of ill health or tiredness.Your skin rediscovers its balance, elasticity and vitality.

Escale Beauté – The beauty break € 60 30 min
The scents of citrus fruits and French lavender re-energise and stimulate, while botanical extracts reveal a soft, delicate and soothed complexion and all in just 30 magical minutes.

This high performance, deep hydrating facial will revive the most dehydrated complexions. Luxuriate in the warmth of healing hands while your skin is bathed in a moisture surge of deliciously scented oils, creams and elixirs. Sheer bliss!

Optimizer – Lift effect facial € 100 1hr 10 min Every part of this luxury miracle treatment encourages flawless skin and perfect tone. In a little more than an hour your facial contours are ‘lifted’ and your skin is left looking beautiful and relaxed.

Eclat Contour – Anti-wrinkle, anti puffiness or anti-dark circles € 70 45 min These 3 ‘contour’ treatments provide you with the ultimate tool to preserve the fragile beauty of the eyes. Wrinkles and lines are smoothed away; specific massage helps to combat puffiness and dark circles along with sinus pain and jet lag. Recommended as an intensive course of treatments for optimum results.

Pre-pregnancy Pampering Treatment Duo € 100 1hr
A pampering duo of treatments to help prevent stretch marks and revive tired spirits with a combination of full body relaxation and heavy, tired leg relief. Gentle exfoliation is followed by hydrating, nourishing massage and a cool refreshing leg compress to combat excess fluid and fatigue.The perfect pampering treat for all mothers to be!

Cleanse, tone, moisturise with Yon-Ka products, followed by an application of Sothys make-up.

• Guests should arrive 15 mins prior to treatment in bathrobe and slippers, which are provided for your convenience in your bedroom or alternatively at the Health & Beauty Rooms.

• Please ensure that you are suitably clothed for your treatment:

Attire for men – shorts or togs.

Treatments cancelled up to 24 hours will not be charged. Thereafter 50% of the total treatment cost will be charged. If cancellations are not advised 100% charge will be made.

Opening Times for the Beauty Rooms is 10am – 6pm each day

Link to the hotel brochure: http://www.ashford.ie/ 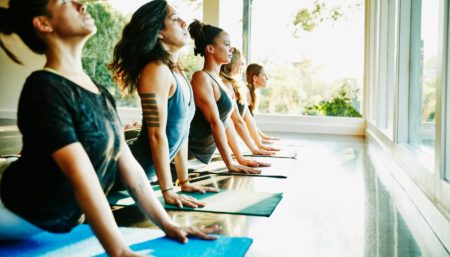 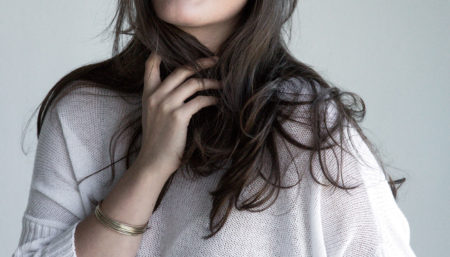