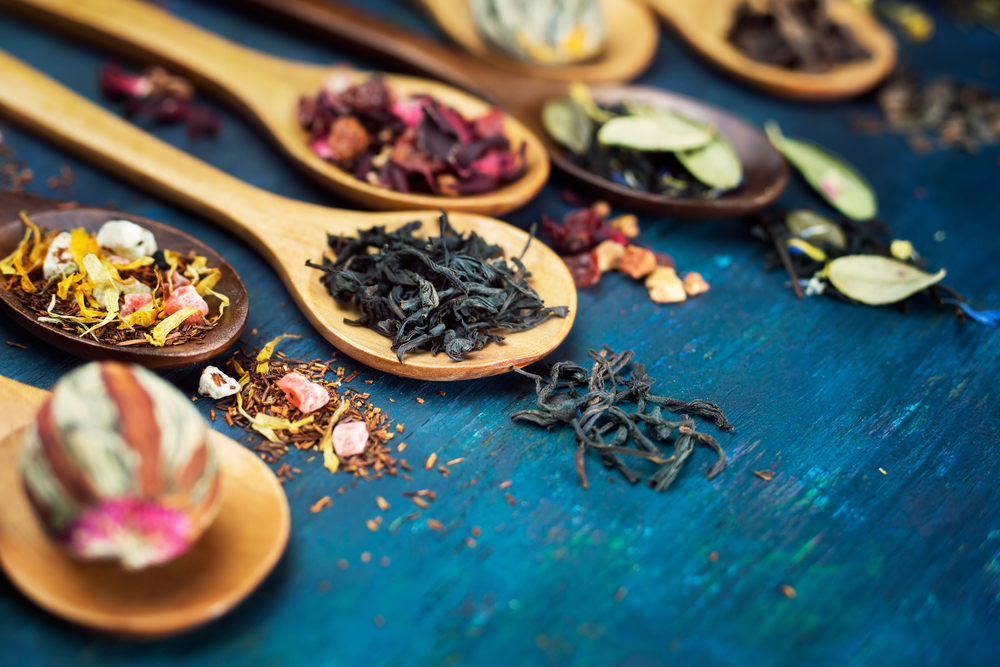 Chronic obstructive pulmonary disease, or COPD, is an umbrella term that includes several progressive lung diseases, such as emphysema, chronic bronchitis, irreversible  asthma and severe bronchiectasis. Some of the most common indications that you have COPD include shortness of breath, wheezing, tightness throughout your chest and chronic coughing, with and without sputum. According to the COPD Foundation, COPD is almost always preventable, almost always treatable and, someday, may even be curable.

Omega 3 and 6 fatty acids are important for keeping inflammation under control, which is part of the process of COPD and Asthma. Most people recommend taking at 3000 mgs per day.

There are certain natural treatments, including respiratory medicinal herbs, that may help keep your symptoms in check. 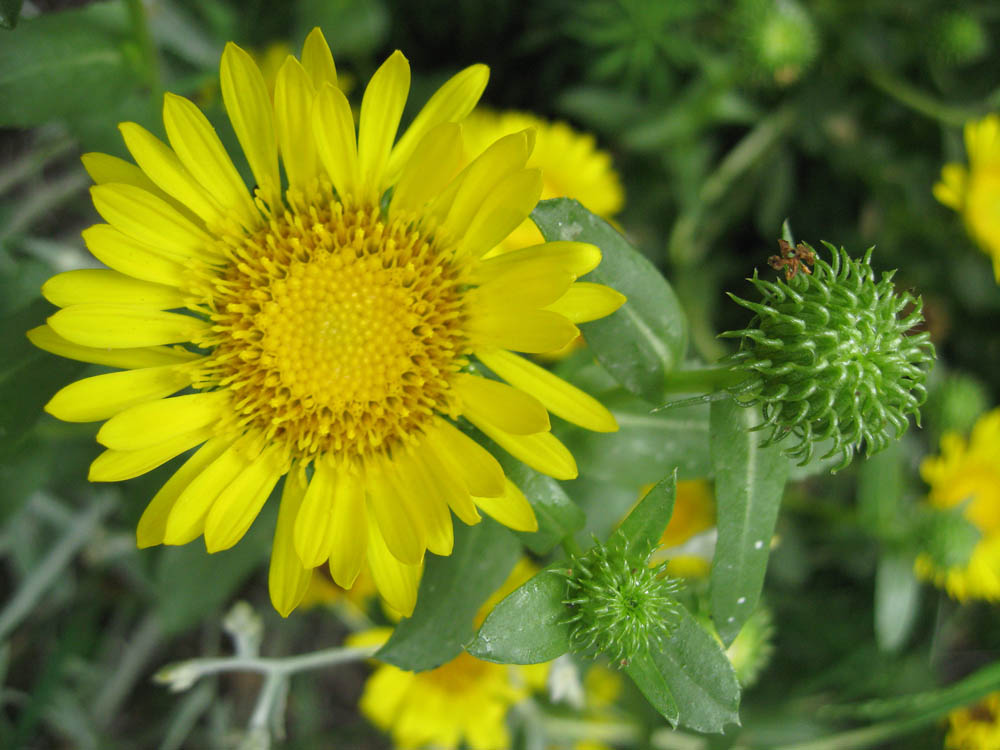 Gumplant:  The gum plant (Grindelia robusta, Grindelia procera) is sometimes used to treat asthma and other lung problems. The gum plant has a bitter or sharp aroma and tastes a bit like vinegar. Although this plant contains poisonous chemicals called pyrrolizidine alkaloids (PAs), the leaf, root, and root-like stem (rhizome) are used to make medicine.

Lobelia:  Expectorant, diaphoretic, anti-asthmatic. Also called Indian Tobacco, has been commonly used for centuries as a remedy for asthma and for breathing conditions such as bronchitis, cough, congestion, and COPD, as it has properties that relax and open bronchial passages. The leaves and seeds are the parts of the plant used for medicinal purposes, with the seeds being the most potent part of the plant medicinally. The active ingredient in Lobelia is a substance called Lobeline which thins mucus, breaks up congestion. Lobelia is toxic if too much is taken, although an overdose will induce vomiting and as such, there are no reports of anyone dying from it, as nobody can keep it down long enough. 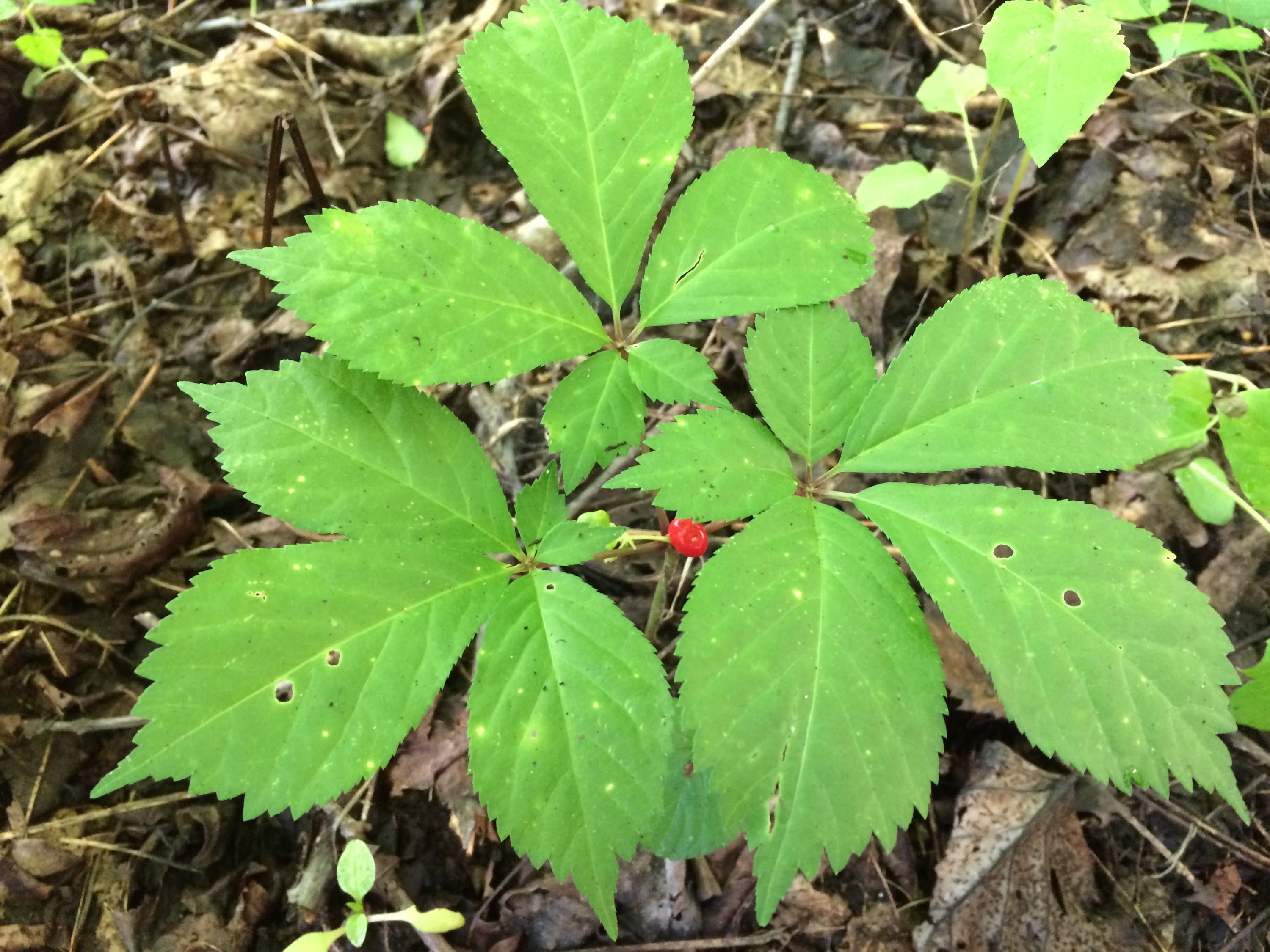 Goldenseal or yellow root:  Its scientific name is Hydrastis Canadensis. It helps treat infections of mucus membranes. The sinuses, the throat, the mouth and the urinary tract are all subject to infection as well as the intestines and vaginal walls. Goldenseal can treat those infections because it has antimicrobial properties that are ideal for cleansing, fighting and preventing these types of infections.

Fenugreek:   Trigonella foenum-graecum orfenugreek or ‘methi dana’ softens and dissolves hardened masses of accumulated mucus. Loosens and expels mucus accumulated in the bronchial tubes and helpful in treating lung infections. It also helps to promote healthy lung function by promoting free flowing blood circulation and proper lymphatic drainage i.e. reducing excessive water retention in the body. All these properties of Fenugreek really give lot of relief to people with ILD and COPD. (Caution: Do not use during pregnancy as it may stimulate contractions.) 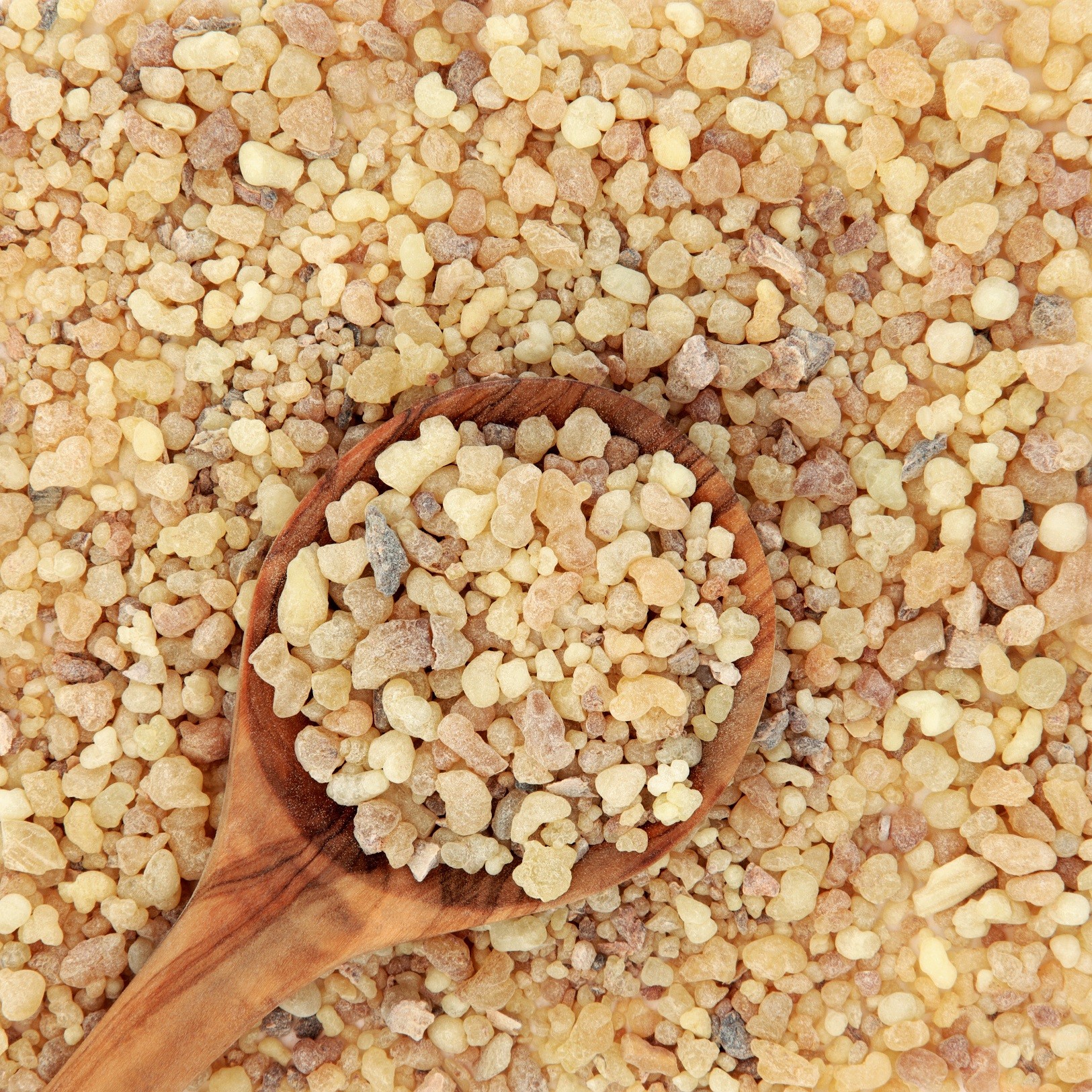 Boswellia:  It is a natural herb or resin that has a very good outcome on many inflammatory issues. Studies show that 70% of the people who suffer from asthma attacks can improve greatly with Boswellia. This herb helps balance the immune system.

Iceland moss(Cetraria islandica): is a lichen (a moss-like plant) that grows on the ground in mountains, forests, and arctic areas. The plant’s dried thallus (shoot) is used as an herbal remedy. Iceland moss has numerous folk medicine uses- tuberculosis , lung disease, chest ailments, and problems with the kidney and bladder. The herb seems safe for most people when taken short-term. It is unsafe when used in large amounts because lead contamination can occur in the plant. 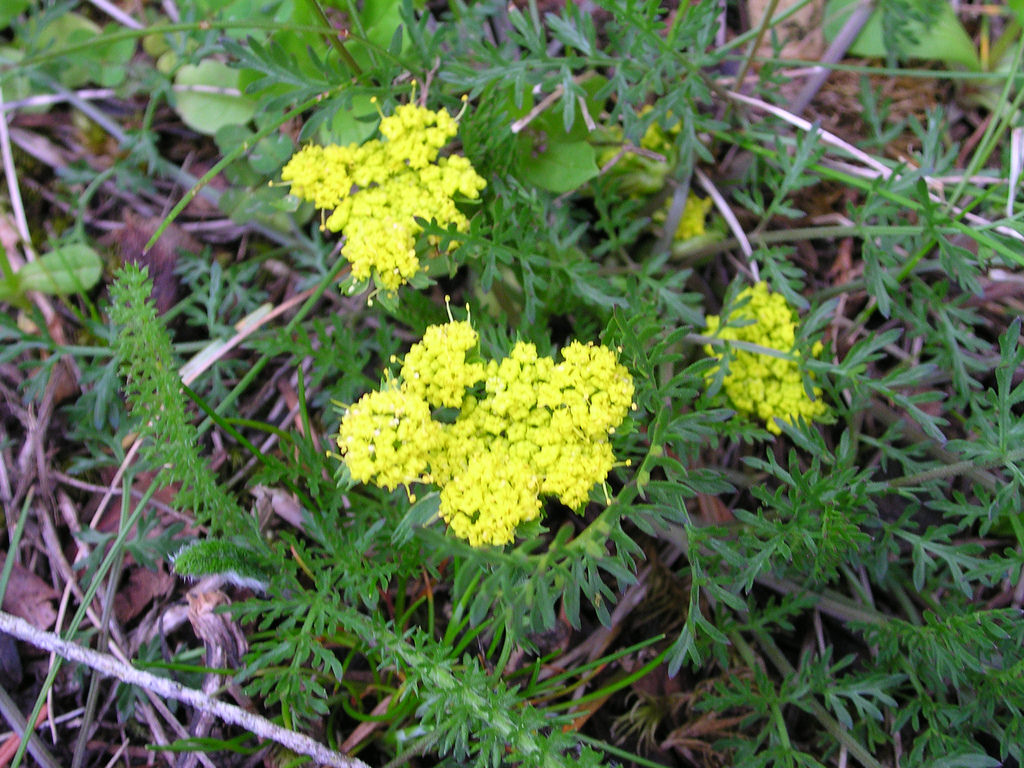 Lomatium: A herb of bright yellow, umbrella-shaped flowers, is a powerful herbal antibiotic that is highly effective for the respiratory ailments such as COPD, pneumonia, tuberculosis, bronchitis, chronic cough, and asthma. It can also significantly improve overall immune function and is a fantastic herbal preventative to use during cold and flu season.

Ginseng:  A root that has been used to treat patients with various illnesses for the last 2000 years. Treatment with this traditional Asian herb has superior to a placebo for the relief of symptoms of COPD. Subjects taking ginseng experienced significant improvements in breathing and the ability to perform exercise, compared to similar subjects who received an inactive treatment. Recent studies have shown that ginseng offers some additional improvement in quality of life and lung function among patients with stable COPD. 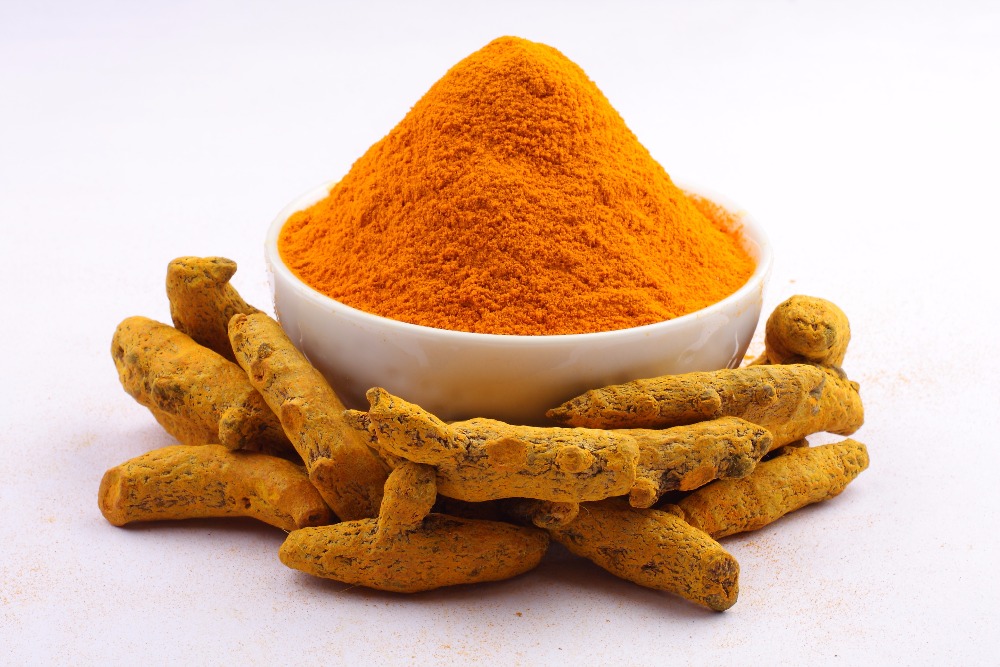 Khella: commonly called bishop’s weed, is both a vasodilator (dilates blood vessels), and a bronchial dilator. It accomplishes both without caffeine-like or other stimulation affecting the adrenal glands. The dried, ripe fruit is used to make medicine. People commonly prepare an “extract” by removing khellin, one of the active chemicals in khella, and dissolving it in a liquid that is then used as medicine. Khella is less commonly prepared as a tea. Khella is used for respiratory conditions including asthma, bronchitis, cough, and whooping cough.

Note: If you are feeling short of breath or believe you have an problem involving your respiratory system, seek medical attention from a professional healthcare provider. Do not try to treat your respiratory dysfunctions with herbs alone. 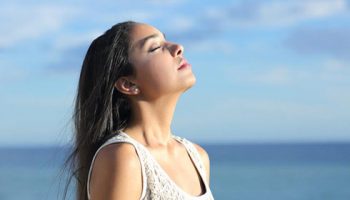