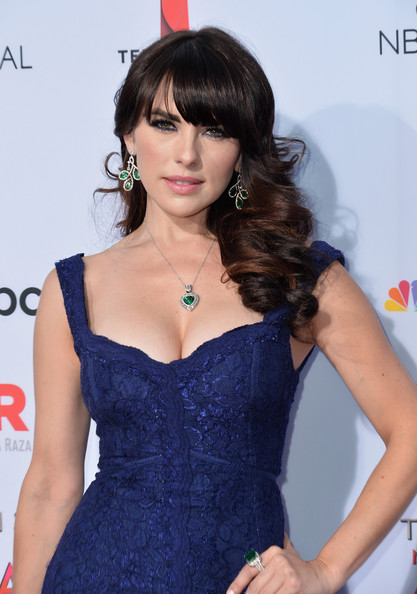 Lifting the veil off of the alluring, mysterious, and wickedly talented actress Vanessa Villela, the Mexican beauty with bright green eyes, began her acting career early in life, performing for a great variety of TV shows from which she has derived a great amount of pride to carry with her through the rest of her professional life.

It wasn’t long after this green-eyed Diva begun starring lead roles in some of the most popular Latin American TV series, that she found herself catapulted unto the world stage as an internationally acclaimed actress. An actress whose good looks and ample talent have brought her to international stardom, Vanessa’s works have been televised to more than 100 countries in over 35 languages and have provided her with an ever-growing fan base all over the world.

With a career spanning much of her life, it is easy to say that “Vanessa has grown and transformed from what once was a child sensation to the astonishingly beautiful and wickedly talented woman she is today in front of the very eyes of her most loyal fans, the international audience, and the people who have supported her along the way.

Throughout the years, Vanessa has developed an endless love for her career, has had the great honor of being invited to work for some of the most acclaimed Latin American television networks, has had the privilege of sharing the stage with a great many actors/actresses, been guided by superb TV producers, and been supported by top-of-the-line production crews.

Having been captivated by the sparkling of the lights, the flashing of the cameras, and the glamour of it all, a young Vanessa found herself lured into the “magical world of film/novela making” and decided that she would work very hard at pursuing a professional career in acting for a chance to follow her dreams and make them a reality. The rest, as they say, is history.

Vanessa Villela is the green-eyed talented Mexican actress. She is in conversation with Namita Nayyar, President Women Fitness.

Ms. Namita Nayyar: You started working as a child artist on television and later began to pursue acting. You reached the pinnacle of success when you won roles in Mexican TV series “Romántica Obsesión”, “Ellas, inocentes o culpables”, “Súbete a mi moto”, “Un nuevo amor”, “El cuerpo del deseo”, “Decisiones” and “Amores de mercado”. Tell us about your journey that took you to where you are now in the world of acting and as a singer?

Ms. Vanessa Villela: I started my career when was very young and everything has been based on perseverance and preparation. I’m happy I could make my dreams come true! I feel blessed for the path I’m on.