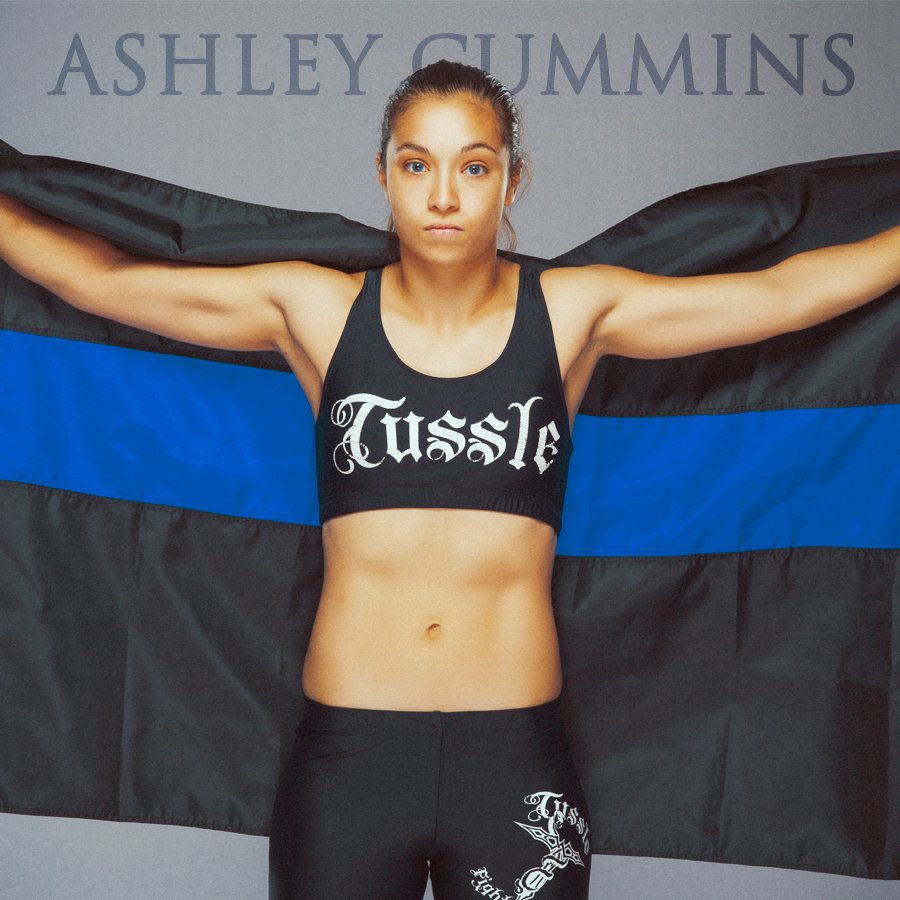 Ashley Cummins is an American mixed martial artist who competes in the Strawweight division. She is currently signed with Invicta FC.

When Ashley “Smashley” Cummins was still very young, her mother had a concern about Cummins being able to protect herself in the future. She decided karate was a good place for her daughter to learn those skills. Cummins eventually moved on to soccer and softball, as well, and any spectator watching her play would’ve seen that self-defense or aggressiveness were not major issues.

It was aggressiveness that helped Cummins find her future career, which has seen quick success. Cummins was first a college soccer player before she followed a longtime desire to enter martial arts that included more striking and contact. She found an MMA community in her hometown of St. Louis that encouraged its fighters to be patient, so she started with muay Thai fights, jiu-jitsu tournaments and then her amateur MMA career.

Through the training and fighting, Cummins joined the St. Louis County police department, which adds an exercise element outside of her training. Sometimes, her MMA training even helps when pursuing suspects. In the meantime, Cummins hopes that she can continue her momentum. She credits much of her success to her slower-than-some advancement through training to fighting.

Cummins was an athlete from an early age. Growing up in a suburb of St. Louis, she started karate and soccer by the time she was 5 years old. Before long she was asking her parents to do kickboxing and wrestling, but they thought that was too serious for their daughter. Instead, she continued with the karate. She once said “I remember by the time I was like 7 years old I just loved to spar,” she said. “I would kick the crap out of the 7-year-old boys, back people up into the mirror and just pound them. I would just kick them as hard as I could until they would make me stop.”

It’s not that she loved karate, but it was her only option for combat sports. She participated in some tournaments and continued training until she was 18. At the same time, she was building a work ethic and leg strength with her soccer career, which went from high school to Southwest Baptist University in Missouri, a nationally ranked NCAA Division II team, and then McKendree University in Illinois. She said “I don’t have much muscle in my upper body, but my legs are huge,” Cummins said. “They’re like tree trunks in my quads and my thighs. That helps me. I can push girls around with my legs, and I think soccer helped that.”

There were rules about when she could fight. Frankly, she didn’t like them at first. So Cummins went through the tournament process and then started some fighting in muay Thai. By the time she took her first amateur MMA fight, she was experienced with multiple kinds of events, and it proved useful in running to an 8-0 amateur MMA record.

She got an early boost when her second amateur fight was for a title in Las Vegas. A local fighter was heavily favored, but Cummins soaked up the atmosphere and scored a victory. It was a springboard through her amateur career. She made her professional debut in November 2011 with a five-round fight that went all the way into the fifth round before Cummins won by submission at the 1:41 mark of the round. Her next two fights both went to decisions, and both were unanimous, as Cummins has continued to prove
she can go deep into fights.

Meanwhile, she works full time as a police officer, getting extra conditioning in while on the job. She mixes work with training while hoping to score another victory and stay on her undefeated roll. 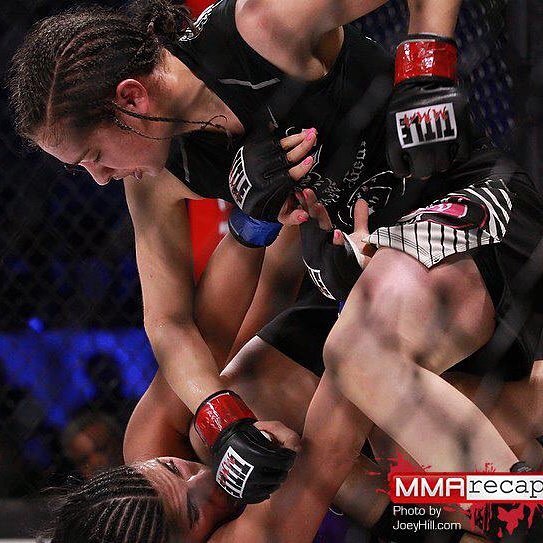