After making a splash in multiple headlines with her announcement on Deadline, Variety and The Wrap, beguiling and multi-faceted actor Bahara Golestani is the new fresh face to watch on the new season of NBC’s smash hit series “This Is Us.”

A graduate of the world-renowned Stella Adler Academy of Acting & Theatre, Golestani is best known for her roles in TNT’s “Animal Kingdom” and is also a voiceover actor. Her upcoming projects also include the Jason Koch-directed indie film BENEATH THE BLACK VEIL and the highly-anticipated Michael Bay blockbuster film 6 UNDERGROUND premiering on Netflix in December 2019.

Women Fitness chats with the multi-talented actress about her shows, fitness and favourite things!

After performing in various projects, like in TNT’s “Animal Kingdom,”” ID TV’s “Betrayed,” and AN AMERICAN FUNERAL, you were selected for breakout role on the newest season of NBC’s “This is Us.” How does it feel to have your hard work finally be recognized?

Absolutely amazing! It’s extremely rewarding to apply a strong work ethic and receive opportunities and recognition, but my focus is always about portraying characters that bring a story to life. It was an honor to portray such an inspiring character, Dr. Asmaan, especially given her circumstances coming from a Muslim (or Afghan) heritage. Since This is Us began, I’ve been a huge fan of the show and it was an incredible experience to join the phenomenal cast and work with Dan Fogelman and Ken Olin.

Full interview is continued on next page 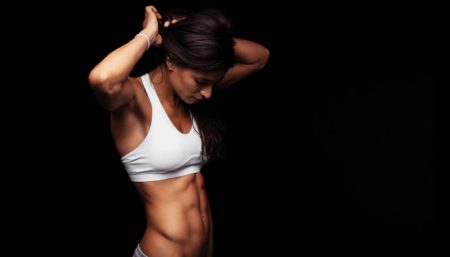 Getting into Fitness Modeling