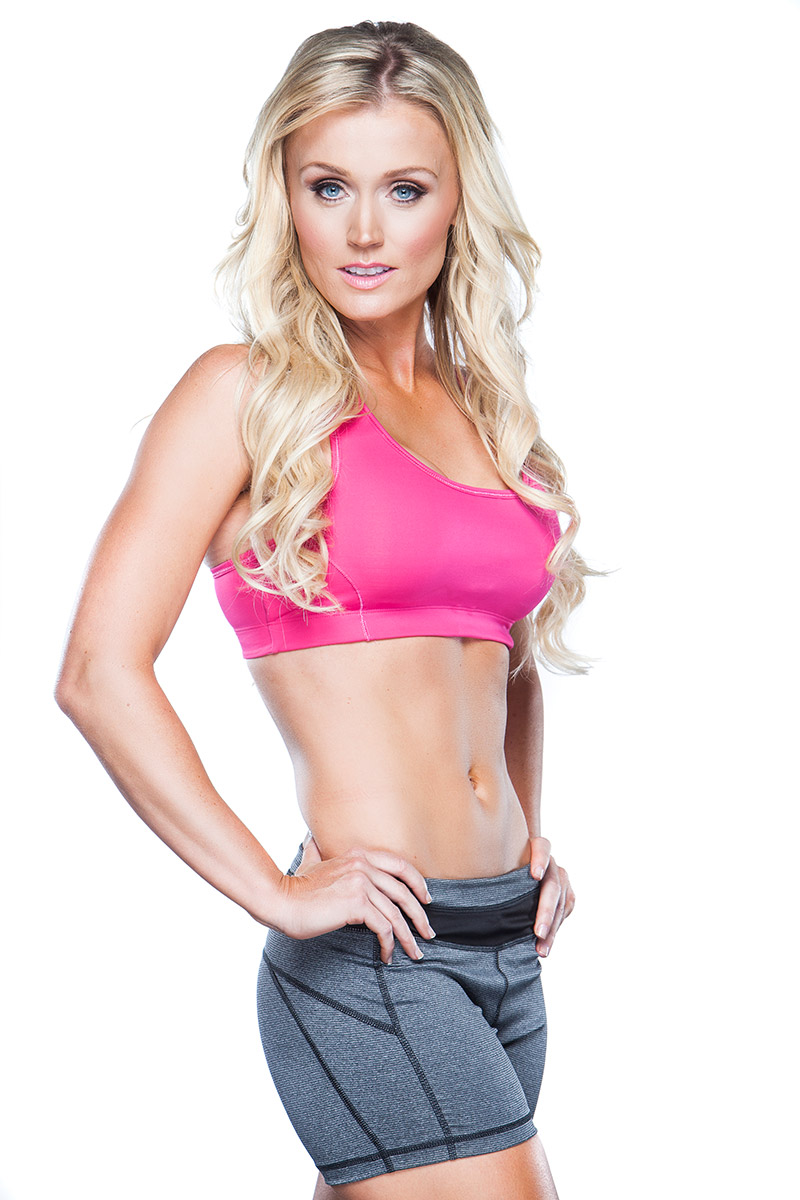 She has been named by Sports Illustrated as “One of the Hottest 50 Athletes of All-Time”, by Golf Channel as one of the “Top 10: Fit Golfers”, by Golf Digest as one of the “Hottest Golfers” and by Golf Magazine as one of “The 18 Most Beautiful Women in Golf”.

Blair was born May 14, 1981 in Macomb, Illinois and moved to Arizona at the age of two where she spent the rest of her childhood. At an early age Blair enjoyed ballet, jazz and cheer. Then at the age of 11, Blair’s dad enrolled her and her brother in a junior golf clinic at San Marcos Golf Resort in Chandler, Arizona. Little did her Dad know, he had created a monster (in the nicest way possible).

While her brother still may not know what a 4-iron is to this day (although he can certainly fix your hard drive), Blair has not put down her golf clubs since…well, unless it’s to pick up a makeup brush. But we’ll get to that in a minute. Nearly every one of Blair’s childhood afternoons, and many of her early mornings, were spent on the practice range at Dobson Ranch Golf Club in Mesa, Arizona.

By the age of 13, just two years after first picking up a club, Blair began playing on the American Junior Golf Association (AJGA). She found much success in her junior golf career including, but certainly not limited to, a selection on the U.S. Junior Ryder Cup Team in Valderrama, Spain; a selection to AJGA Cannon Cup Team; runner-up in the Woman’s Western Tournament; and a medalist at the AJGA Ping Phoenix Junior Championship.

Entering high school, Blair had already established herself as one of the best junior golfers in the state. She eventually made the decision to take her talents to Corona Del Sol High School in Chandler, Arizona. Blair was a double threat earning high marks in academics and adding to her trophy collection on the golf course. While earning a 3.8 GPA, she was a three-time medalist at the 5A Regional Golf Championship, four-time Golf MVP and eventually 5A Arizona State Girls Golf Champion.

Despite countless collegiate offer letters, some of them admittedly going unopened, Blair made her childhood dream a reality and accepted a full ride scholarship to Arizona State University. She competed all four years as a Sun Devil having never missed or being sat out of a single tournament. And while doing so, she was crowned a two time NCAA women’s long-drive champion. #ShesGotMuscles.

For the next three years Blair pursued her modeling career. She eventually racked up quite the modeling resume through runway fashion shows, television hosting, print ads, catalogs, magazine covers, websites and commercial advertisements. Then one day she received a call from the creators of the Golf Channel’s Big Break television series. Golf Channel gotten wind of Blair through the golf community and asked her to audition. But having to knock the dust off her clubs just to audition, Blair was eventually denied.

So back to modeling she went. And down went the golf clubs, again. But after nearly two more years of modeling, Blair got another call from the Golf Channel. This time they weren’t interested in Blair auditioning…they wanted her on the show! Without a minute of hesitation, she accepted. However, she only had a month to prepare. And prepare she did. During the spring of 2009, Blair competed on the Golf Channel’s Big Break: Prince Edward Island. And despite the lack of preparation time, she finished runner up. But more importantly, she revived her golfing career.

Having been away from the game for over four years, she lost her status on the LPGA Symetra Tour. So Blair took to the local mini-tours to freshen up her game. While doing so, she received another call from the Golf Channel asking her to come back to do another Big Break reunion show. This time she was fully prepared. In the fall of 2010, Blair was crowned the winner of Big Break: Dominican Republic.

Blair’s Big Break winnings provided her the financial stability to pursue the game at the highest level. Later in 2010 she went to LPGA Qualifying School, making it to the final stage. When not crushing drives, the 5′ 9″ blonde bombshell has made the most of her modeling career. Among countless other accolades, Blair has been named by Sports Illustrated as “One of the Hottest 50 Athletes of All-Time”, by Golf Channel as one of the “Top 10: Fit Golfers”, by Golf Digest as one of the “Hottest Golfers”, and by Golf Magazine as one of “The 18 Most Beautiful Women in Golf”.

She appeared in the Sports Illustrated Swimsuit edition magazine with Cobra-Puma three consecutive years from 2011-2013. Blair has also translated her experiences into the on-camera platform through her work as host of the Golf Buzz presented by Myrtle Beach Golf Holiday and What’s in the Bag with Cobra-Puma on the Golf Channel.

Blair continues her mission as a dedicated athlete, but presents the look and the personality that will brighten anyone’s day. Her competitiveness and drive, combined with her beauty and character, make her equally gifted on the golf course, on the runway, and on the streets.