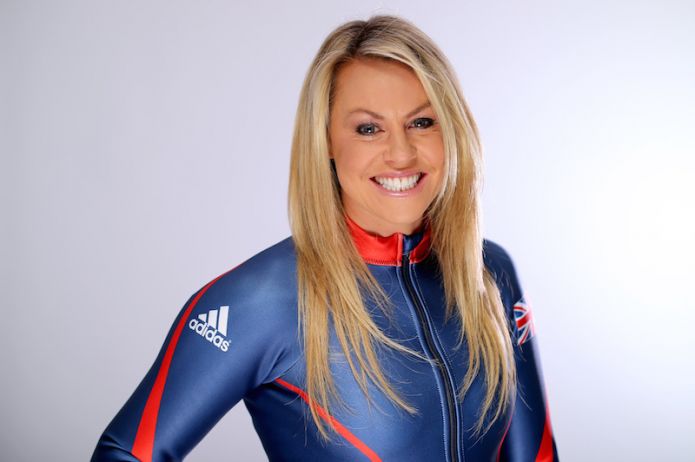 Chemmy Alcott is Britain’s number one female alpine skier. She started skiing as a toddler aged 18 months and began competing seriously at the age of 8. From this committed early start to her career, Chemmy has progressed in every discipline and has worked her way up to be ranked 8th in the world.

She was the first British woman to qualify for the World Cup Finals, the first British skier to win a run in a World Cup race and the first British skier to win the British Land National Ski Championships six times in a row. Chemmy has competed in four consecutive Olympic Games, in Salt Lake City, Turin, Vancouver and most recently in Sochi – in both Turin and Vancouver she finished an impressive 11th place. As well as being ranked in the top 30 in the world for Super G, Giant Slalom and Combined, she is an excellent ambassador for British sport, encouraging younger athletes to pursue their dreams.

Born in Hove, Brighton and Hove, East Sussex, England, Alcott was named after Sophia Loren’s character in the 1961 film El Cid. She started skiing at 18 months old on a family holiday in Flaine, France, and first raced at the age of three. In 1993 Alcott won the Etoile D’Or French Village Ski Championship, becoming a member of the British Junior Alpine team in 1994 and won the 1995 Sunday Times Junior Sportswoman of the Year award. Every British summer from the age of eleven to nineteen, Alcott travelled to New Zealand to train in the antipodean winter.

She was a talented athlete as a youngster, not only representing Richmond in dry slope skiing, but also in tennis at the London Youth Games. Her achievements as a junior and senior were recognised when she was inducted into the London Youth Games Hall of Fame in 2011. Aged twelve, Alcott broke her neck in a skiing accident, recovering with two of her vertebrae fused together. She still carries X-rays of the injury so that if she is ever in an accident, the hospital will know not to prise the vertebrae apart.

Alcott made her FIS race debut in August 1997 in a Giant Slalom event at Coronet Peak, New Zealand. By the end of the 1997/1998 season, she had made her debuts in both the FIS Junior World Championships (Chamonix) and the British National Championships (Tignes), where she won a Silver medal in the Giant Slalom.

She returned to the Australia/New Zealand Cup during the 1998 European summer, winning the overall championship. The following winter Alcott won Silver (super G) and Bronze (giant slalom) medals at the 1999 European Youth Olympics in Štrbské Pleso, Slovakia. In December 1999, Alcott made her World Cup debut in a giant slalom race in Lienz, Austria. The winter of 1999 also saw her crowned World Schools Champion, before adding the World Artificial and Australian Overall Championships to her name in 2000. 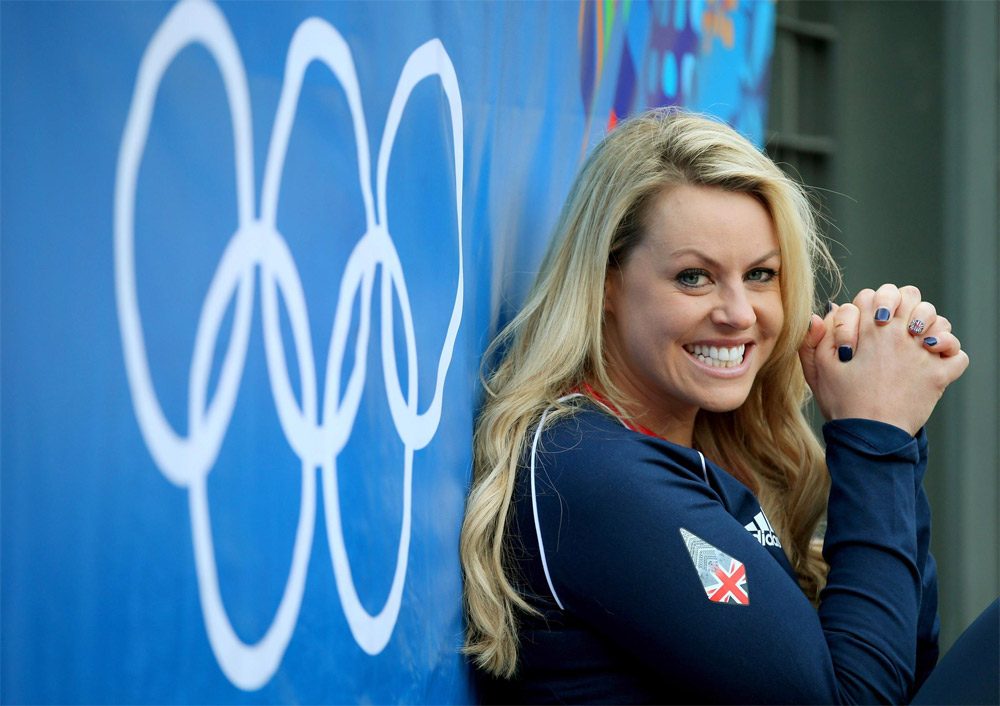 At the 2001 Junior World Championships, Alcott finished 8th in the slalom event on her way to 5th in the overall classification. The season also saw Alcott capture the 2001 British Junior title and the Senior British super G title in Saalbach-Hinterglemm, Austria. At 19 years of age, Alcott was ranked in the Top 10 in the world for her age group, whilst also rising from 683rd to 126th in the downhill rankings over the course of the season.

Her Olympic debut followed in Salt Lake City, Utah. She competed in all of the Alpine disciplines with a best result of 14th position in the combined event. Later in the season, Alcott returned to the Junior World Championships, finishing in 4th place based on overall championship points. In her final British Junior Championships, Alcott won all the titles on offer.

She also won British Senior tiles in the Giant Slalom, Super G and Downhill – claiming the Overall Senior crown for the first time. In March 2003, Alcott scored her first World Cup points by finishing 27th in a GS event in Innsbruck, Austria. At the British National Championships in Tignes, France, she won the slalom title for the first time on her way to a clean sweep of all the disciplines title. Throughout the 2004 World Cup season, Alcott consistently finished in the top-30, including an 11th place finish in the Lake Louise super G – less than 1.5 seconds behind Renate Goetschl’s winning time.

In January 2004, Alcott achieved her first top-10 result, a 9th place finish in the Cortina dDownhill. It was the best result by a British woman for more than 30 years, after Gina Hathorn’s 9th place finish in a Slalom at Heavenly Valley in March 1972. However a knee ligament injury meant that Alcott was unable to defend her British titles.

The Torino Winter Olympics Games saw Alcott finish 11th in the downhill, the best Olympic performance by a British female skier since 1968. Alcott was however disqualified from the combined event following the first run of the slalom, where her skis were found to be 0.2 mm narrower than the FIS regulations allowed. She recorded 19th and 22nd place
finishes in the super G and giant slalom events, respectively.

In the World Cup, Alcott achieved seven top-30 results, with a best finish of 12th place in the super G at Bad Kleinkirchheim, Austria. In a weather disrupted British Championships (Meribel, France), Alcott won the slalom and giant slalom titles. The super G was cancelled due to adverse weather conditions, as was the Senior downhill. However it was decided to award the Senior downhill title using the results of the previous day’s Junior race, in which Alcott did not compete. This meant that Katrina Head pipped her to the Overall British title, ending Alcott’s stranglehold on the Victrix Ludorum trophy.

A few weeks after the Olympics, Alcott’s mother Eve died suddenly, and consequently Alcott decided to take some time away from the sport. During her break from racing, Alcott underwent surgery on her feet to remove the bunionettes that had been troubling her for years. Alcott’s recovery period was extended by two months to five months following a fall during rehabilitation where she re-broke her left foot.

Alcott began the 2007 season with two 13th place finishes in the first two downhills of the season at Lake Louise and an 11th place finish in the super G at the Canadian resort.

This was followed by a 7th place finish in the next event in Reiteralm, Austria, in a Super Combined competition, the best result of her career to date. Alcott also finished 9th in the Tarvisio Downhill and had four top-20 results in Giant Slalom, qualifying Alcott for her first World Cup Finals (Lenzerheide, Switzerland), where she placed 15th in the Giant Slalom. 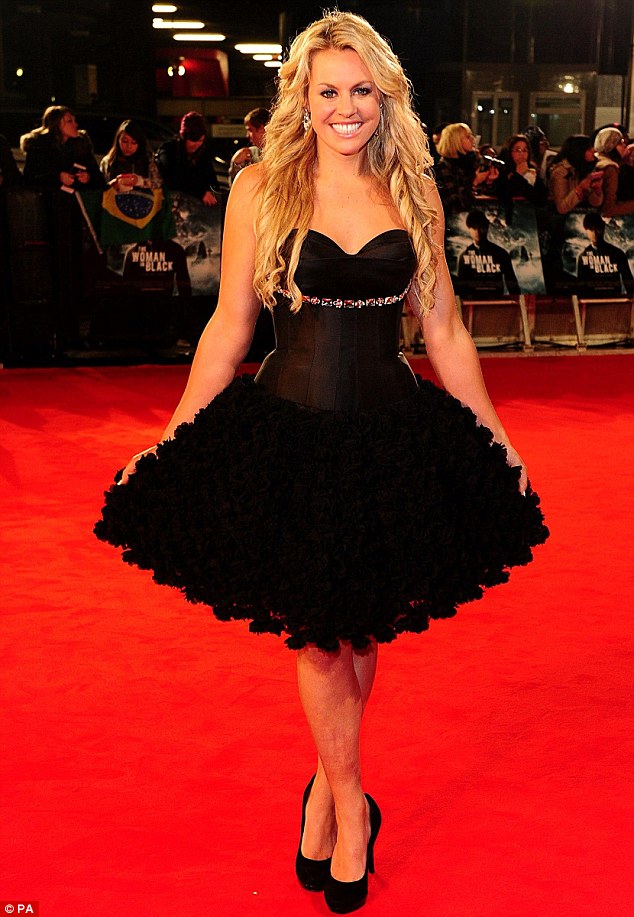 Alcott finished 10th in the opening giant slalom of the season in Sölden, Austria. However, she broke her ankle during training for the next race in Canada, resulting in three months on the sidelines. On her return to action, Alcott finished 15th in the GS at Cortina d’Ampezzo, Italy, and then 21st in the super G at Garmisch the following weekend. At the 2009 World Championships, Alcott finished 21st in the super G. In the following event, the super combined, Alcott had to restart her downhill run after approximately one minute due to a fall from the previous competitor, Frida Hansdotter. On her re-reun, she finished 13th on her way to 19th overall. In the actual Downhill race, Alcott finished 15th whilst she finished 29th in the giant slalom – the result of a fall during the second run.

Alcott won all five races at the British National Championships (Meribel, France), downhill, super-G, giant slalom, slalom, and super combined titles. Alcott sustained a double fracture of her right leg when she crashed training for the World Cup downhill race at Lake Louise, Canada, on 2 December 2010, and consequently missed the entire 2011 skiing season. In Winter/Spring 2012, Alcott competed in ITV1’s Dancing on Ice alongside professional skater Sean Rice. They finished 5th place in the competition and were eliminated on 11 March 2012.

During her injury lay-off at the start of the 2009 World Cup season, Alcott joined Matt Chilton in the British Eurosport commentary box as guest commentator for several of the women’s World Cup events. Alcott has previously appeared on Channel 4’s World Cup Skiing programme, with a regular feature called Fit to Ski, in which she demonstrated different exercise techniques.

In January 2012 it was announced that Alcott would take part in the ITV programme Dancing on Ice. There was some concern that this would put at risk her rehabilitation from the fractured leg she sustained in December 2010. She has been immortalised in song by the UK indie band Three Litre in their composition “Downhill”. The song featured as part of the band’s “Alpine Suite” MP3 EP. Sampling the famous BBC “Ski Sunday” theme tune, the song uses Alcott’s “lack of success” at 2002 Winter Olympic Games to attack the UK government’s lack of sports funding.

In June 2008, Alcott climbed Mount Kilimanjaro along with fellow ski racers Julia Mancuso and Laurenne Ross, and Alcott’s then boyfriend Mark Weaver. The climb raised US $30,000 for international humanitarian organisation Right to Play. As of January 2009, she lives in Hampton Court, England. Chemmy is also a motor sport fan; has an MSA Competition Licence and is competing in the 2012 Silverstone Classic Celebrity Challenge race. 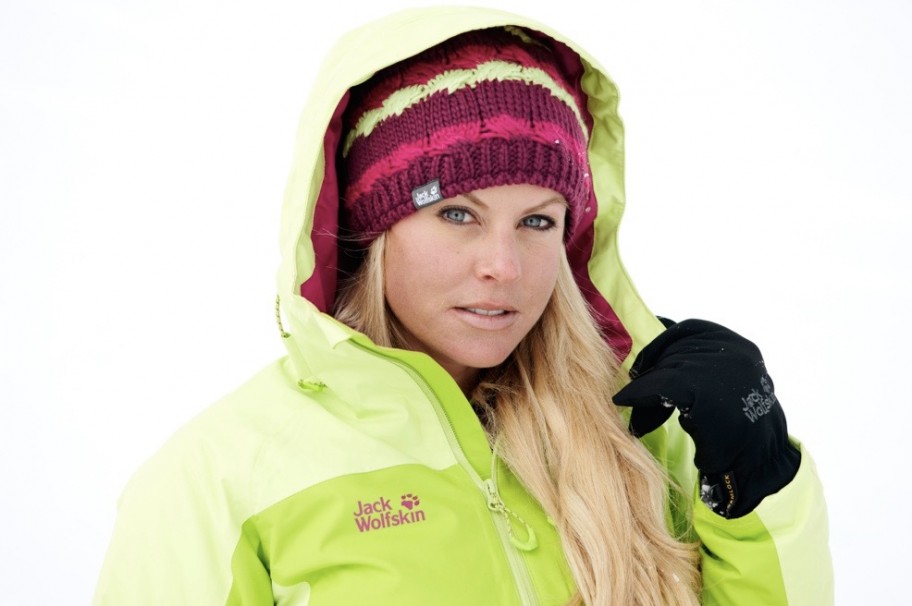