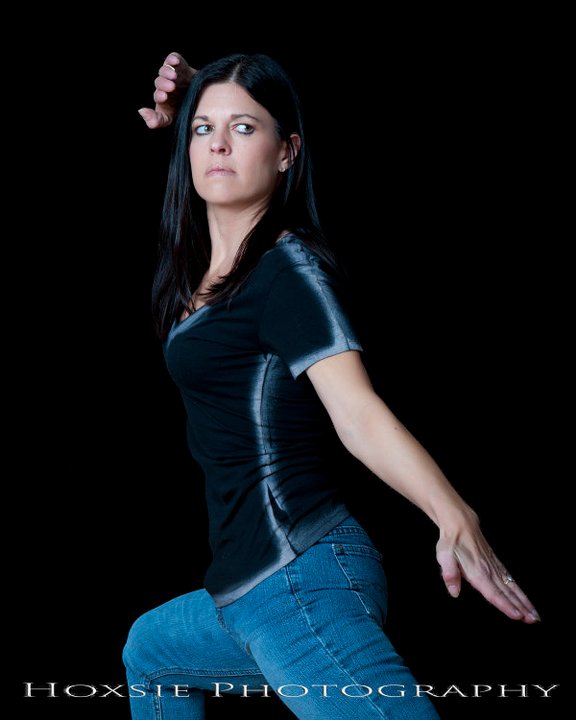 Christine Bannon-Rodrigues is an exceptionally talented and accomplished martial artist, she is winner of nine World Championships. She is also an actress, stunt person and choreographer in films. She is in conversation with Namita Nayyar President Women Fitness.

You were 13 years of age when you started practicing martial art, you also studied Kenpo and Wu shu earning the black belt at age of 17 years. You reached the pinnacle of success on becoming in 1991 the Triple Crown winner at the WAKO World Championships in England. At present you are a martial artist,. What factors you consider were responsible that made you achieve that?

The factors that helped me achieve winning 3 Gold medals in the WAKO World Championships in 1991 and 1993, were the goal settings that I learnt thru the Martial Arts. Even as a beginner, we earned stripes on our belts, signifying getting closer to our next belt. I was taught through the Martial Arts and by my instructor (and later on, my husband) to set small, short term goals that build and lead up to a long term, larger goal.

As a competitor, I set being a New England Champion as my first goal. After achieving that, I set out to become a National Champion and after several years, I achieved that. Then I competed at my first World Championships in Venice, Italy and won one Gold medal in Forms and a Bronze in Fighting. I set a goal not to just go back and win another World title, but to win 3; one in Forms, one in Fighting and one in Weapons competition, which had never been done by a male or female. I achieved that in London, England in 91 and then repeated it in 93 in USA. To this date, I still hold that World record with WAKO (World Association of Kickboxing Organizations). After that, I wanted to set new goals for myself. I set goals with being an instructor and coach, with becoming a stuntwoman, and also as a product designer for Macho Products (designing new safety equipment, uniforms, etc. for Martial Artists).

I think almost any Martial Artist you speak to, will tell you that after achieving and earning a Black Belt, they feel nothing is impossible! It definitely teaches you that you can achieve anything that you put your mind to. 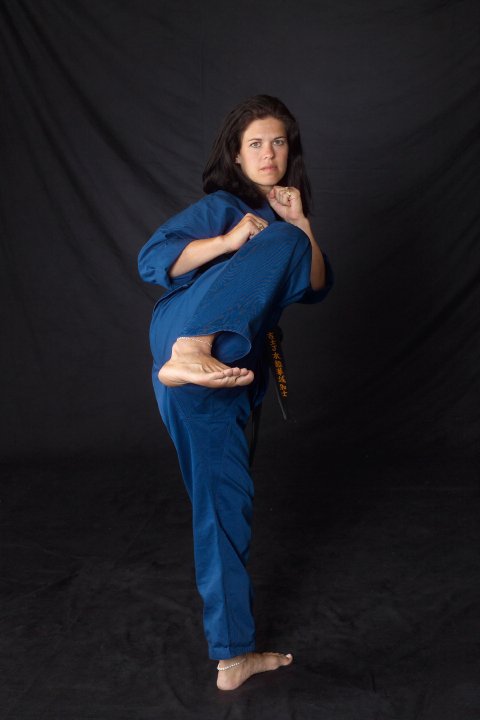 You have acted for both film and television, including the feature films Sci-Fighter (aka X-Treme Fighter) and 27 Dresses. Elaborate your experience of acting in films and television?

Performing my Martial Arts as a demonstration, competition, or as a stuntwoman, I can easily do in front of thousands of people. Of course I may get a little nervous, but I am extremely confident with my MA skills. As a pretty shy woman, acting is quite a challenge for me, but one that I enjoy. Acting on the Fox TV series WMAC Masters and in the movie Sci-Fighter, I was fortunate to be working with some great friends on the set which made me feel very comfortable.

Well I broke a record winning 3 Golds at the previous World Championship. At the 93 Worlds, I had already won 2 Golds and Fighting was the last competition for me. I really wanted to repeat winning 3 Golds and to prove the Presidents of WAKO from some of the other countries wrong, when they said what I accomplished was a fluke and couldn’t be repeated. This World Championships was held in the USA, so I had a few students that traveled to see me compete, unlike the other times.

Fighting for my Gold medal I was behind 3-4 after the first round against the German fighter. I had to return to the 2nd round determined to take the lead and not get frustrated. I ended up winning the fight 7-6. It put a perfect ending on that World Championships!