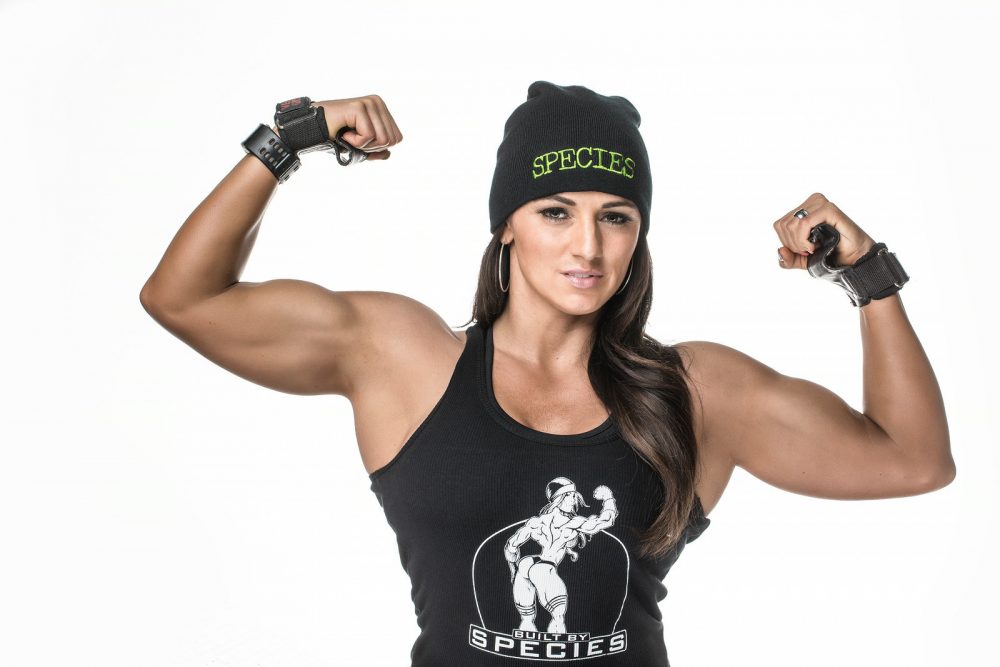 Hailing from Salt Lake City, Utah, Heather Dees has been a top IFBB Figure competitor ever since earning her pro card at the NPC Nationals (Atlanta, GA) in 2010. Compiling a sizzling run of high finishes, including back to back 2nd place finishes at the Arnold Classic in 2013 and 2014.

In addition to consecutive wins at the 2012 and 2013 California Governors Cup; Heather features 4th place finishes at the Olympia in 2012 and 2013. Deciding to forego the 2014 Olympia competition, Heather is committed to refocusing her efforts on taking Gold at the 2015 Arnold Classic; and then a no-holds barred run at the 2015 Olympia.

One of the most charismatic, well spoken, and hardest working professionals on the IFBB circuit – Heather has used her stardom to give back to the sport that has given her so much. In addition to employing her trade as a Master Esthetician and Cosmetologist, Heather is regularly engaged in training and counseling the next crop of Fitness competitors through her patented posing workshops and body-sculpting training seminars. Heather Dees received her pro card at the 2010 NPC Nationals in Atlanta, but she received her first taste, literally, of bodybuilding as a young girl.

During an extended family vacation Dees watched as her aunt ate dry oats from a baggy and drank what she called a “protein shake.” She was told that this food was her aunt’s fuel to compete in fitness competitions. It wasn’t until she was 23 though that Dees developed a craving what she had tasted years earlier, and began weight training. A year later and Dees was in her first competition taking home first in her class and the overall. She went on to place first in the 2012 IFBB Governors Cup receiving Olympia qualification.

IFBB Pro Heather Dees is a woman who once hated her legs and refused to wear shorts, and one who had to read the diagrams on the gym machines to train is now an IFBB Pro from Utah and has become iconic to many.

Heather Dees once said “My very first experience with Body building was when I was a young girl. I remember taking a trip with my Dad to Lake Powell. It was an extended family vacation and during the trip I watched my Aunt DeDee eat dry oats from a baggy and drink what she called a “protein shake.” This was my first experience with this kind of nutrition and it intrigued me. Every time I saw my Aunt, everyone always commented on what great shape she was in and asked how she was doing in her sport. Later I found out that she competed in Fitness competitions, because this was long before they had Figure. She still stays in incredible shape and trains clients in Phoenix, AZ. I wish I had followed in her footsteps right away but it took me clear until I was 23 years old to begin proper weight training.”

“Well, once I got going in the gym I loved it! I became a regular and looked forward to a really good sweaty workout.” Heather began in late 2007, when a gym friend, Jake, told her she had the genetics to do a show. She had no idea what she was doing and usually stuck to the treadmills. And Heather admits to having to read the diagrams on the machines to figure things out. After some frustration she decided to seek a personal trainer, Justin Dees at his gym Evolv Nutrition and Fitness. He encouraged her to train for a show as well. She was reluctant at first and began training hard for it, not actually intending to enter, but she finally entered and the rest is history. Also, both of them found themselves single around the same time, and now they’ve been married.

She said “Once I saw actual changes in my physique, I was excited and motivated. I reached a point only a few months into our training where I finally loved my legs and wanted to show them off! At that point there was no turning back, I had the bug and I wanted to take it to the stage. I remember asking Justin if I should just do one show, he encouraged me to take it as far as I could… and look at me now, only a short three years later and I am an IFBB Pro!”

Heather Dees said “My first competition was in March of 2008. It was very exciting and interesting. I won 1st place in my class and took the Overall which was very unexpected but motivating. It definitely made me addicted to the sport. The second I walked off stage I wanted to plan my next show. I felt like for the first time in my life I found what I was born to do! There is no other sport that I know of where you lift heavy weights, train hard and get sweaty for 12 weeks. Then it all leads to the day of the show, where you have your nails, hair and make-up done. Put on lots of bling jewelry from head to toe, slip into a jeweled Figure suit and heals, get a fresh coat of spray tan and posing oil and are finally able to show off all the hard work and conditioning you’ve put your body through. You feel amazing and beautiful. Now, that is my kind of sport.” 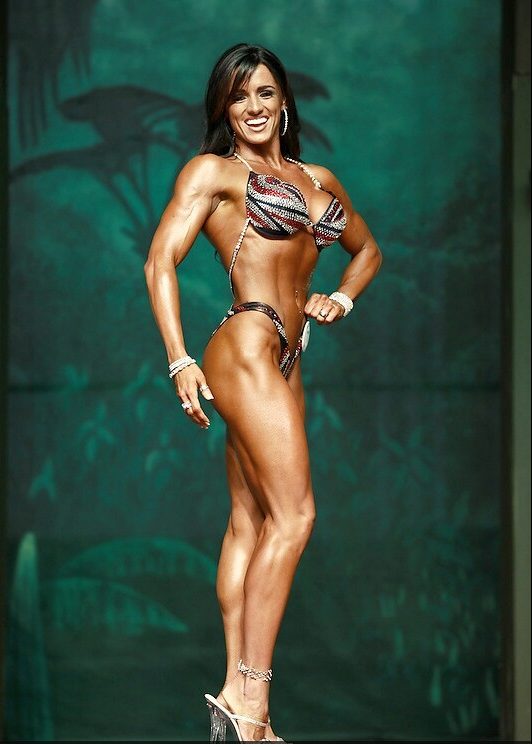 “I guess as I have continued competing over these last few years the only expectations that have changed has been improving on myself. I wanted to continue to improve on my body, to come in more conditioned and symmetrical. My husband Justin Dees who is also still my trainer, has been so great to work with. He helps me on improving weak areas of my physique and I continue to train all muscle groups to keep my body symmetrical. He has been in the industry for 16+ years and has done a 180 turn with my body. I have never met anyone with so much knowledge and experience in the industry. Yet, he still really cares about his athletes and is passionate about what he does. It’s all calculated down to a science with him. He uses factual data to make adjustments.” “My strengths as far as physique goes are my arms, mostly biceps.”

“Genetically I was born with some bi’s and have not had to train them for the last few months. This has helped my delts catch up to give the ideal shape wanted for Figure. Also my back is pretty thick and strong for a Figure competitor although I still train it once a week.”

“My weaknesses I would say are legs. It has taken me the last three years to put size on my quads, hams and calves. My quads have come up really well and I have noticed more size in my hamstrings and calves. They have really developed getting ready for my most recent show: Nationals. It’s been super exciting to watch my body change and know that with consistent proper training and dedication you can make your physique look however you want it to. Another weakness for me, I believe is abs. I don’t love training abs and although they are more developed than they have ever been I know this is an area I need to continue to work on.”

“Some of the most important advice I can give a woman is to be excited. Know that doing a Figure show should be your goal and do it for no one else. It takes hard work and extreme dedication. There will be times during your contest prep that it gets so hard and you will want to quit. But once you step on that stage, you will walk more confident and enjoy your time in front of the judges knowing that you gave it your all. Also, have a good support team behind you! This way when it does get tough, you can turn to your team for strength and encouragement!”