Anemia is the general name for a range of disorders affecting the Red Blood Cells. In all types, of anemia there is a shortage of a chemical called hemoglobin that carries the oxygen from the lungs to all parts of the body via these cells. It is unusual in the body in that it contains iron. Because a good supply of oxygen is so vital, anemia has widespread effects, which differ between the different types of anemia. Anemia affects many women at some time in their lives, but it is most common in women who smoke, have heavy periods or an eating disorder such as anorexia. 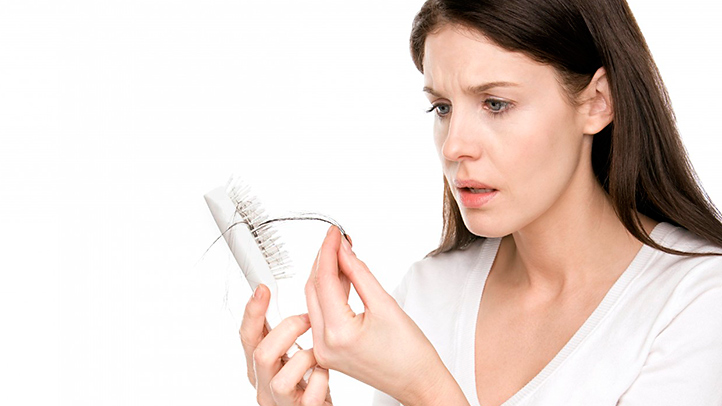 Simple iron deficiency anemia causes weakness, fatigue, tiredness and breathlessness on slight effort. Your skin may appear pale and you are more likely than average to pick up various infections.

Pernicious anemia causes soreness of the tongue, loss of weight, skin pallor often with a lemon tint, and intermittent diarrhea. In untreated cases the nervous system may be affected, causing tingling of the fingers and toes, muscle weakness, staggering, calf tenderness and confusion.

Haemolytic anemia also causes pale skin, often with a yellowish tinge. The spleen, high up on the right side of the tummy, will be enlarged, as it is stuffed with so many ruptured red cells. Your doctor will be able to feel this.

Besides the general symptoms of anemia there will be unique symptoms in pronounced and long-term cases of iron deficiency. These will be especially noticeable in the tongue and throat and include:

There are six main causes of iron deficiency anemia.

Your body may at certain times start to require a little more iron than it previously needed. This may be as a result of a growth spurt, where the tissues within the body are rapidly dividing, athletic training, where your body are rapidly dividing, athletic training, where your muscles, heart and lungs are put under greater strain, or when you are pregnant or breast-feeding. Between 500 and 600 mg of iron are needed in total for each pregnancy, to satisfy the baby’s growth requirements and the blood loss experienced at childbirth.

For many women this occurs when they are experiencing heavy or lengthy menstrual periods. Between 15 and 30 mg of iron are lost each month through menstruation, so it can be quite easy to become a little anemic if you are not careful about replenishing these losses with a well balanced diet. 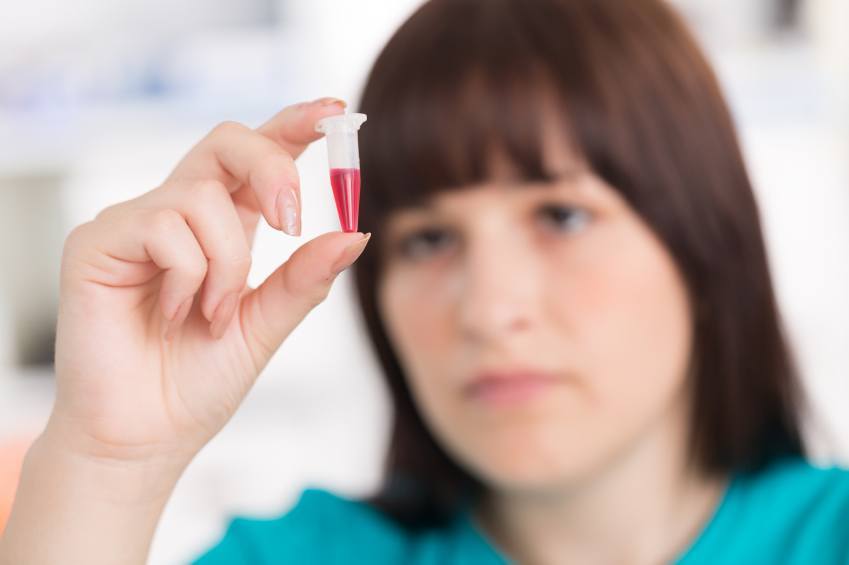 Some women  become anemic because their diet is just not rich enough in the essential nutrients. If you have anemia (Hemoglobin levels below the normal range –  females 11.5 –15.5 g/dL) you should discuss treatment options with your doctor.

Several substances common in the  diet are known to inhibit the body’s absorption of iron and other vitamins and minerals from your food. The chief culprits are tannins and caffeine, found chiefly in coffee, tea and cola-based drinks.

Vitamin C helps your body absorb iron from food. If you don’t have enough vitamin C in your diet the iron will stay in the gut and won’t be absorbed; a useless situation.

The two most important nutrients involved in iron deficiency anemia are iron and vitamin C:

There are two sorts of iron in food. Haem iron (from the Greek word haema, blood), found in animal foods such as lean red meat and offal, is easily absorbed by the body. Non-haem iron, derived from ‘bloodless’ foods such as plants and grains is absorbed less efficiently because of various ‘salts’ (oxalates and phytates) found in these foods. You therefore need to eat a lot more of these foods to obtain sufficient iron. Eggs also contain substances that decrease the amount of iron the body can absorb and are considered in the same way as vegetable sources.

In addition to looking at the iron content of foods it is also important to address the vitamin C issue. Vitamin C helps your body to absorb iron. You therefore need to concentrate on having plenty of citrus fruits, kiwi fruits, strawberries, blackcurrants, cranberries and other ‘tangy’ fruits. Potatoes, red and green peppers and green vegetables also supply vitamin C in the diet.

The ideal is to have a small glass of juice or a fruit shake before or after every meal, as this will help the absorb the iron from your body. Freshly squeezed fruit and vegetable juices contain large amounts of vitamin C and other natural nutrients, but some carton juices can also have a high vitamin C content: cranberry juice has one of the highest.

If you feel that citrus fruits are a little acid, have another fruit, such as strawberries, after your meal as a dessert.

Keep your vitamin C topped up by including some dark green leafy vegetables with each of your main meals. This could be a soup, a salad, or perhaps steamed broccoli tossed in a light olive oil with freshly chopped root ginger.

If you eat meat this could be either lean red meat, game or offal such as liver, kidney, oxtail.

Remember that the body absorbs 20-40% of the iron available in meat sources, but only 5-20% of the iron from vegetable sources and eggs. If we eat a mixed diet including fruit, vegetables, meat and fish we are thought to absorb approximately 15-20% of the iron in the food.

It is especially important for vegetarians and vegans to have a glass of freshly squeezed fruit juice with each meal, as you really need the vitamin C to help your body absorb the iron. Some vegetarians may need to take an iron supplement if they cannot get enough iron from the diet.

AVOID HAVING EXCESSIVE AMOUNTS OF FOODS AND DRINKS THAT INHIBIT IRON

Coffee, tea and cola-based drinks will prevent the body from absorbing iron effectively because they contain tannins and caffeine. You should keep your tea and coffee intake down to a maximum of two to three cups a day and allow at least one hour between drinking tea or coffee before or after a meal, to give your gut a chance to absorb the iron from the food. Anemic women should make a real effort to cut out the excessive, needless consumption of these drinks; it is far better to make a really good cup of coffee or tea and enjoy it at a suitable time of day.

Remember that chocolate, although it contains iron, also contains substances that prevent efficient iron absorption, so don’t over-indulge, even though you may feel as if you need an energy boost; chocolate is not the answer. Choose a zingy piece of fresh citrus fruit or a glass of mango juice instead.

KEEP THE BULK DOWN

While you are trying to boost your iron and vitamin C intakes, try to keep the amount of cereal fiber such as wholegrain cereals and wholegrain bread low. High-fiber food contain ‘salts’ (oxalates and phytates) that inhibit the absorption some of the iron.

Try to make sure that you have plenty of rest and don’t allow yourself to become psychological run down by putting unrealistic demands on your time. It amazed me to hear women complain of extreme tiredness, which may be partially attributable to anemia, but is just as likely to be the result of being driven to do too much. If your lifestyle normally demands a lot of physical exertion you should try to cut this down, as you will be putting your body under too much physical stress.

CUT DOWN ON STRENUOUS EXERCISE

Although it is good to include some regular gentle cardiovascular exercise such as swimming or dancing to help the body tick over, I often a word of warning for those of you who are following intensive training programs. When you are anemic you should just concentrate on the gentler exercises, rather than the full training schedule. Remember that the major function of hemoglobin is to carry oxygen around the body, so if you are anemic you may find it difficult to exercise to your usual degree. Your body is below par and therefore needs to be treated with care.

If you are unable to eat as much iron as your body requires, either because you do not like the appropriate foods or because your iron status is a little too low to be corrected by diet alone, you may need to take an iron supplement.

It is generally a good idea to choose a supplement that incorporates some vitamin C with the iron. A supplement that provides a daily 12 mg of iron with 500-1000 mg of vitamin C should be adequate for most women, but if you are unsure about the dose ask your doctor or dietitian.

some iron supplements can cause a little indigestion, diarrhoea or constipation. Try to avoid taking them on an empty stomach as this can make the problem of indigestion worse.

OTHER FORMS OF ANEMIA

When you are tested for anemia you should be informed whether your anemia is due to iron deficiency alone, or is related to a lack of vitamin B12 or folic acid, two nutrients from the vitamin B complex.

Lack of vitamin B12 can cause pernicious anemia. The symptoms of lethargy, depression, extreme tiredness and paleness are virtually identical to iron deficiency anemia, and a vitamin B12 deficiency can mask iron deficiency anemia and vice versa. VitaminB12 deficiency may be caused either by a poor intake of foods rich in the vitamin, or by the lack of a substance known as ‘intrinsic factor’. This substance is present in the digestive juices produced by the glands surrounding your stomach and is needed for the body to be able to use vitamin B12.

Your body needs only a very small amount of vitamin B12, which is found in foods of animal origin-meat, poultry, fish, dairy products-and yeast extract. Vegetarians and vegans may need to take a supplement of B12, best incorporated in a general B complex supplement, as all the B vitamins help each other to be absorbed. You can also buy soya milk fortified with vitamin B12. Pernicious anemia is most commonly due to a lack of intrinsic factor in the body.

You will need a course of vitamin B12 injections, as this delivers the B12 directly into the blood, bypassing the intestine. However, in addition to the injections it is important to maintain a good dietary intake of vitamin B12.

Folic acid is found naturally in many foods in the form of folate. Unfortunately it is easily lost in cooking and storage time and in processing. In addition, various medications such as aspirin and contraceptive pills hinder the absorption of folic acid. Since folic acid is needed by the body for the absorption of iron, a deficiency of this vitamin may result in anemia. The major sources of folic acid are vegetables such as asparagus, Savoy cabbage, Brussels sprouts, curly kale, spinach, fresh oranges and wheat germ, which is found in whole-meal bread and cereals.

In order to prevent or correct a deficiency of folic acid try to eat two to three servings of fresh vegetables every day as part of a good, well-balanced diet. 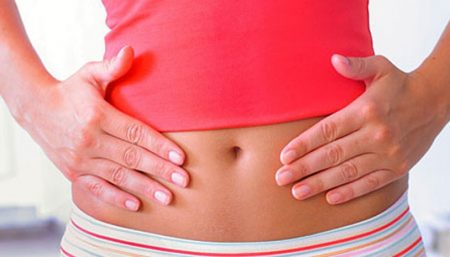