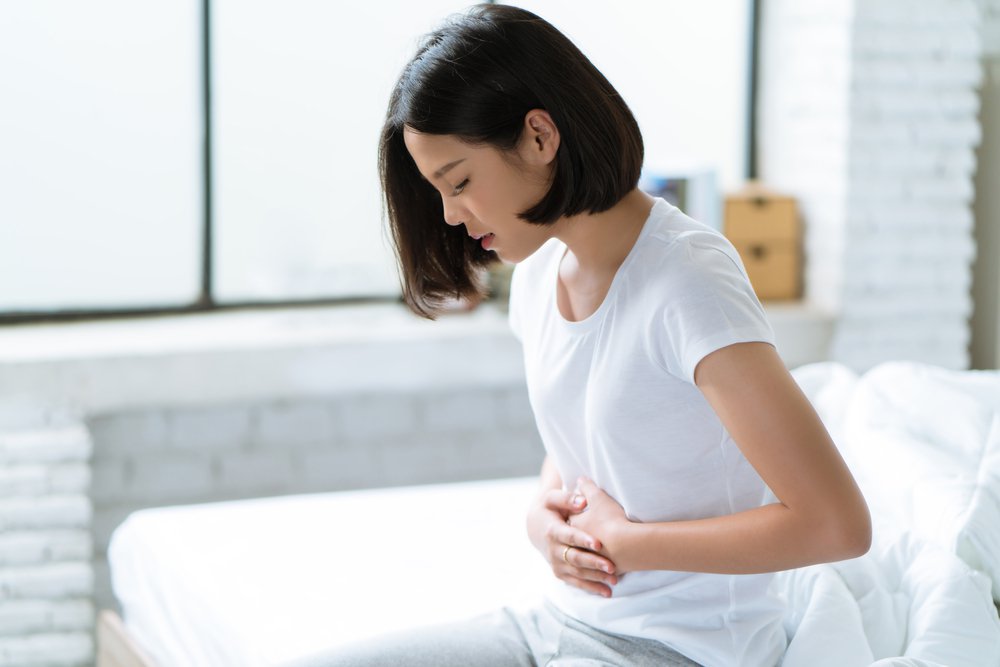 Irritable bowel syndrome, or IBS, is a problem that affects mainly the bowel which is also called the large intestine. The bowel is the part of the digestive system that makes and stores stool. The word syndrome means a group of symptoms. IBS is a syndrome because it can cause several symptoms. For example, IBS causes cramping, bloating, gas, diarrhea, and constipation.

IBS is not a disease. It’s a functional disorder, which means that the bowel doesn’t work as it should.

The condition most often develops in people between the ages of 20 and 30 and is twice as common in women as in men.  The symptoms, which include abdominal pain, constipation, and/or diarrhoea, tend to be intermittent but typically persist for many years.  Although irritable bowel syndrome can be distressing, it does not lead to serious complications.

The precise cause of irritable bowel syndrome is unknown.  It may result from: 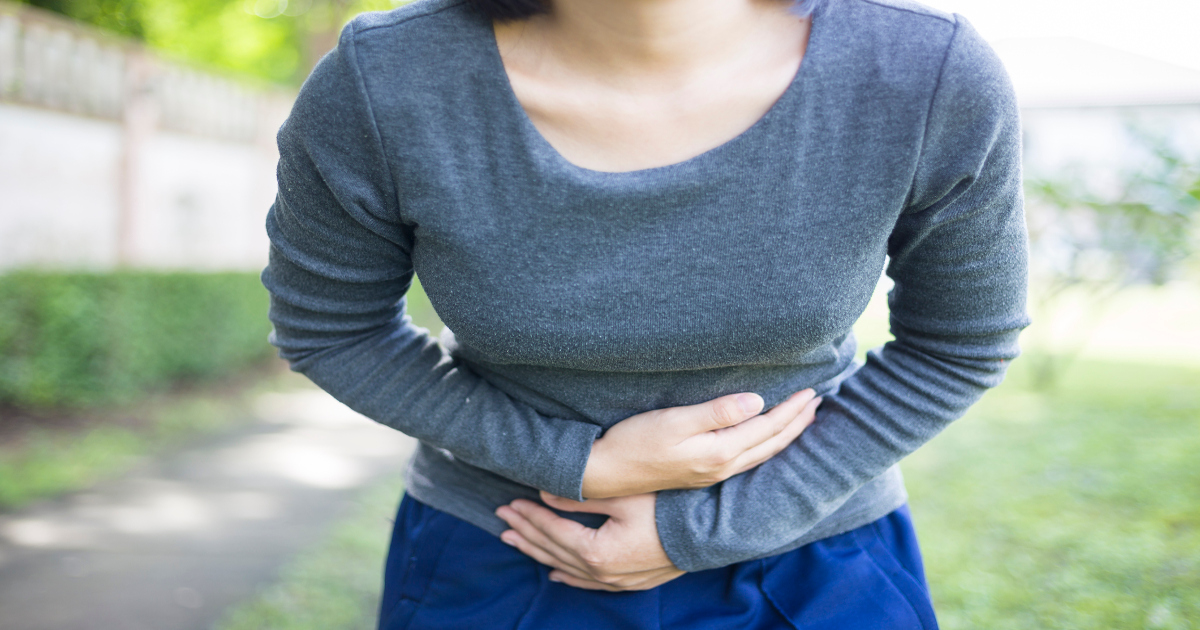 In fact, the bowel can overreact to all sorts of things, including food, exercise, and hormones. 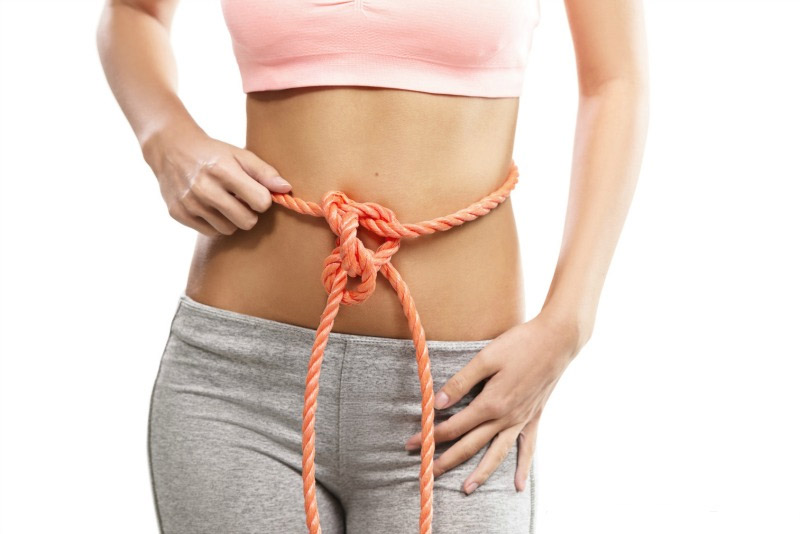 The symptoms are typically intermittent but usually recur for many years and often persist into old age.  They vary widely among people and with each episode.  The main symptoms include :

Many people have symptoms unrelated to the digestive tract, such as tiredness, headache, back pain, and an increased urge to pass urine.  In women, sexual intercourse may be painful, and symptoms may be worse before menstrual periods.
You should consult your doctor if the symptoms are severe, persistent, or recurrent of if you have unexpectedly lost weight.  If you are over 40 when the symptoms develop, you should seek medical advice so that serious disorders with similar symptoms, such as colorectal cancer , can be ruled out. 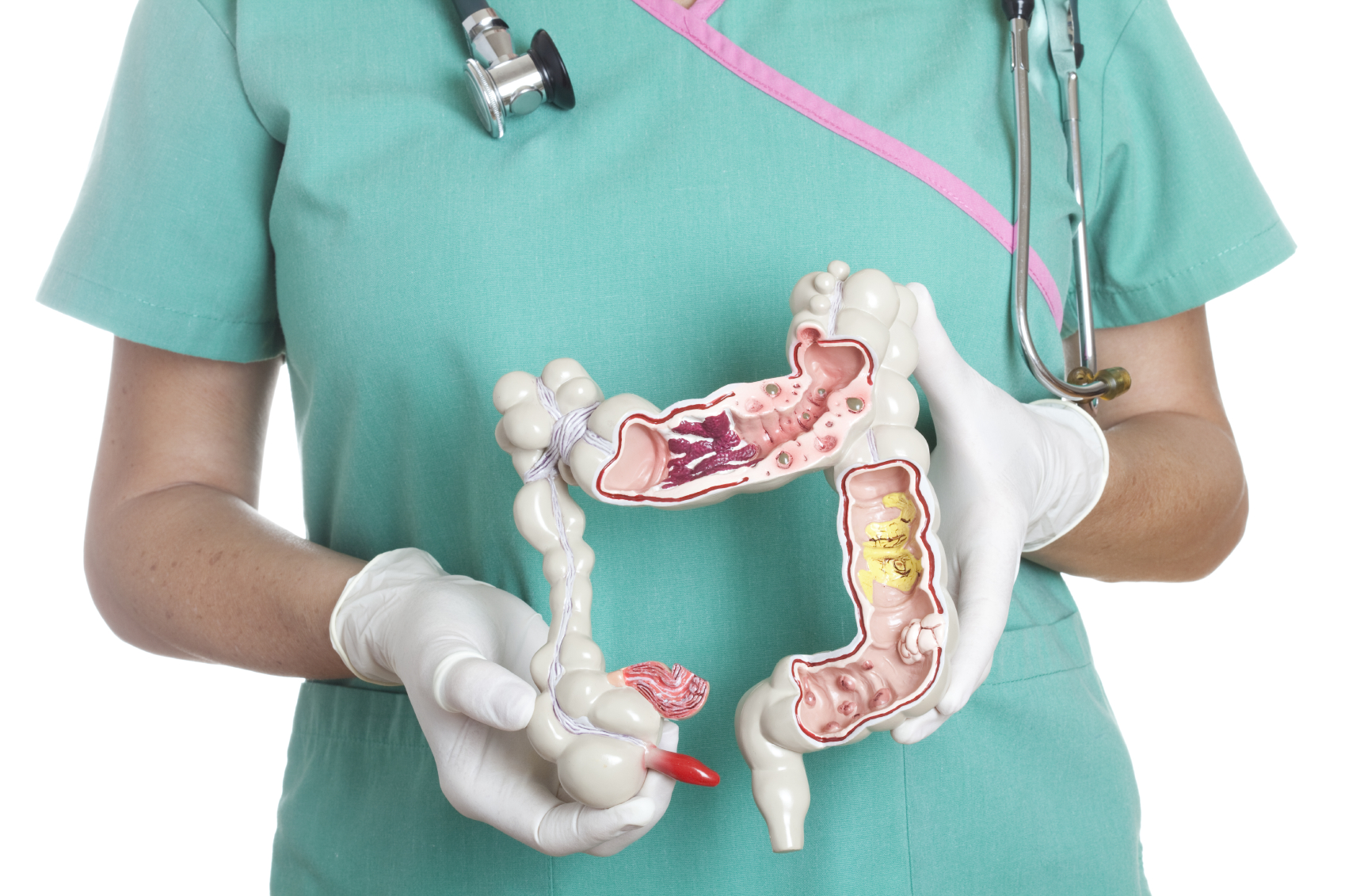 There is no single test to diagnose irritable bowel syndrome.  Instead, your doctor will want to make sure that you have no other serious condition.  The type and number of tests used to investigate the disorder depend on your age.

If your symptoms suggest that you may have an inflammatory bowel disorder such as Crohn’s disease  or if you are over the age of 40, your doctor will probably want to investigate your symptoms further.

Although the symptoms can be distressing, irritable bowel syndrome is not a serious condition.  You should usually be able to control your symptoms with a combination of a change in diet and relaxation techniques.  However, if symptoms are troublesome enough to interfere with daily routines, you should consult your doctor for advice on treatment.

In terms of the medical treatments, the first group of drugs is called the aminosalicylates, or 5-ASA agents. These include drugs such as sulfasalazine, mesalamine, balsalazide and olsalazine, and they’re good for treating mild to moderate disease. When the disease becomes more severe, often steroids are used. Steroids can be given intravenously or orally. The traditional oral drug had been prednisone, but more recently a new medication called budesonide was released which had similar efficacy but fewer side effects than prednisone.

You may be given antispasmodic drugs to relax the contractions of the digestive tract and help to relieve abdominal pain .  Your doctor may also prescribe antidiarrhoeal drugs to help to alleviate diarrhoea, especially if you have diarrhoea on waking.  If you regularly have problems with constipation, bulk-forming agents  may help.

Alosetron hydrochloride (Lotronex) has been re-approved by the U.S. Food and Drug Administration (FDA) for women with severe IBS who have not responded to conventional therapy and whose primary symptom is diarrhea.

If you have psychological symptoms such as anxiety in addition to irritable bowel syndrome, you should ask your doctor to refer you to a therapist for advice on how to control anxiety. 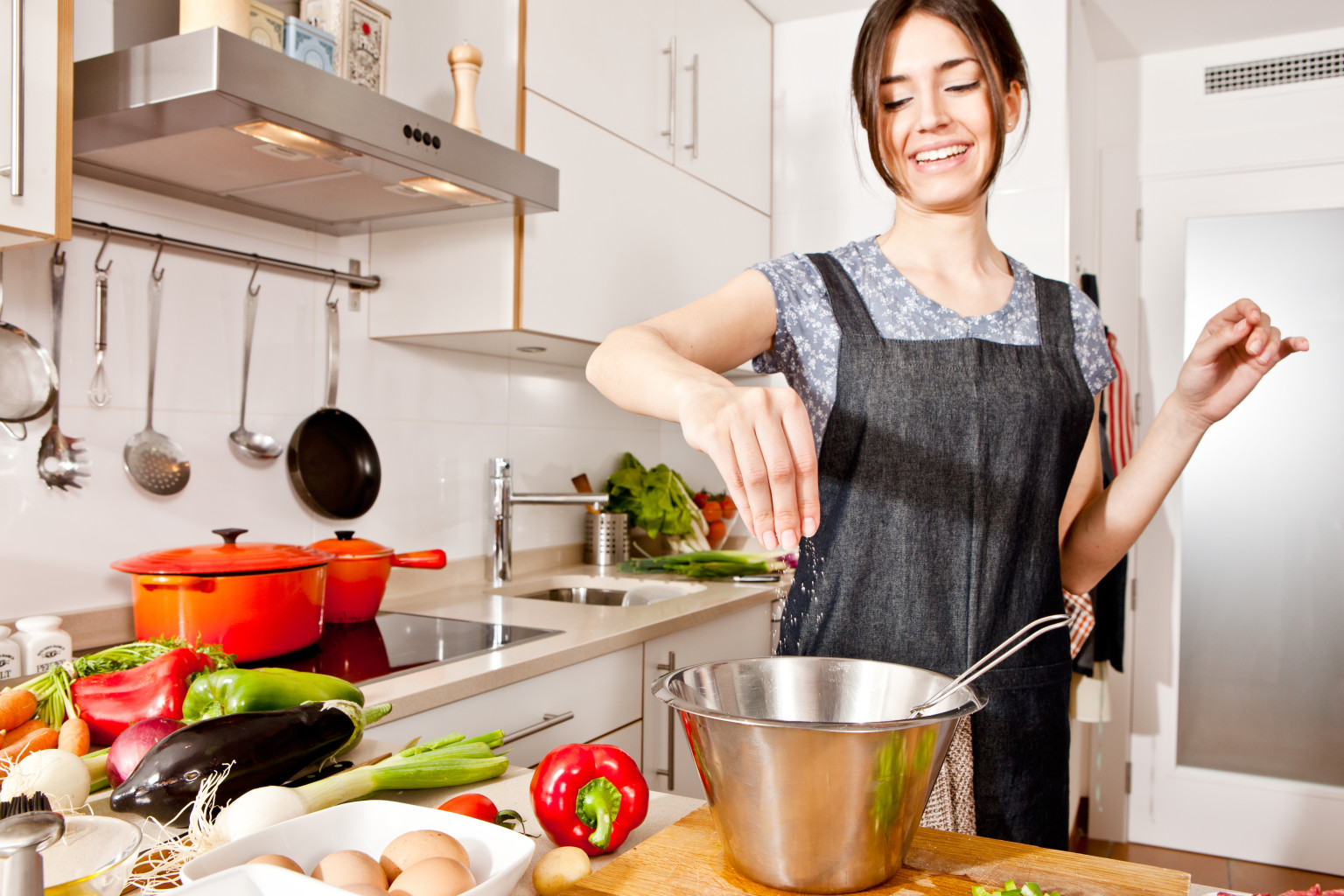 Some people learn to control the symptoms of irritable bowel syndrome by making dietary and lifestyle changes.  The symptoms may improve if you follow a diet that is high in fibre and low in fat .  You may need to try several different approaches before finding one that helps you.  Try the following: 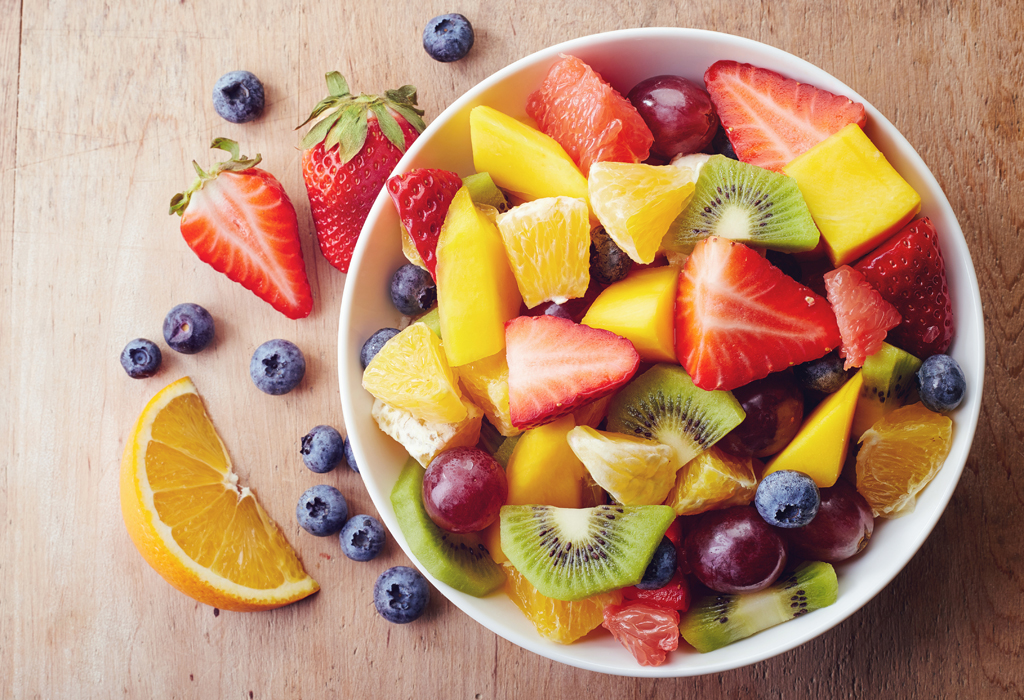 Until very recently, bran was recommended as part of the treatment for irritable bowel syndrome (IBS).  Some authorities now believe that, far from being a cure for the complaint, bran is in fact an irritant that can make the condition worse.  Avoid bran and cut down on high-fibre breakfast cereals which may contain it.  Gas-producing foods, such as pulses (peas, beans and lentils) can also exacerbate IBS and are best avoided. The daily diet should include 18g of fibre obtained from ordinary foods – not concentrated bran or bran tablets.  Most of this fibre should be in soluble form, found in apples, pears, dates and most other fruits and vegetables, as well as in oats, barley and rye.
High intakes of the sugar substitute sorbitol, and an intolerance to lactose (a sugar found only in milk) may also sometimes cause the illness.  In cases where a food intolerance is suspected, an exclusion diet may be a useful pointer .

Eat regular, moderate-sized meals and drink at least 1.7 litres (3 pints) of water daily.  Include plenty of live natural yoghurt which will maintain a healthy balance of bacteria in the gut.  When antibiotics are prescribed for other illnesses they have the side effect of destroying beneficial bacteria in the gut, which can cause symptoms similar to IBS.  Eating live YOGHURT should help to counteract this problem.
For More Information:
International Foundation for Functional Gastrointestinal Disorders
P.O. Box 170864
Milwaukee, WI 53217
Phone: 1-888-964-2001 or (414) 964-1799
Fax: (414) 964-7176
Email: [email protected]
Internet: www.iffgd.org