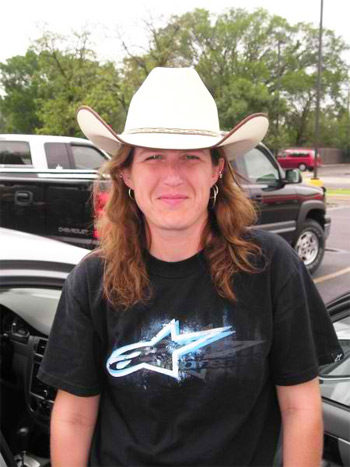 J.A. Steel is an American writer, director, producer, editor, stunt person and actress best known for her role as C. Alexandra Jones in The Third Society. Steel was born Jacquelyn A. Ruffner in Greensburg, Pennsylvania and raised in Harrison City. Her acting began at age seven when she appeared in numerous school plays (most which she had written) and continued until she received a scholarship of a summer theatre program at age 14.

Steel’s career in the entertainment industry began at the age of 18 when she began managing bands and promoting rock shows, during the time she was attending the USC School of Cinematic Arts on a partial scholarship, and graduated from USC in 1992 with a Degree in Social Science and Communications. Shortly after graduating, she accepted a job as a production assistant for martial arts action star Sho Kosugi (Revenge of the Ninja, Black Eagle) Sho promoted her to Vice-President Development within six months.

In early 1993, Steel left Sho Productions to start her own company, Warrior Entertainment. The company’s main focus was on music management and in 1995, Steel negotiated the first contract ever between an American artist, Sasha Alexeev, and a Taiwanese record company, Rock Records. Alexeev’s album, Wintertales, was released in 1996.

During her two-year hiatus, Steel traveled extensively in Asia and even lived for a brief time in Singapore. Upon her return to the United States, she re-entered the entertainment industry and began planning her first feature from a screenplay that she had written in 1996. The screenplay, entitled Triad, was about an ex-motorcycle racer turned cop Cody Reynolds and his Asian partner, Michael Li. Cody’s girlfriend in the film was a vice-detective by the name of Sanchez.Steel sent out the script, but development executives claimed it was “too ethnic.” Sanchez became Jones. The executives were still not satisfied and wanted even more changes. In protest, Steel got rid of Cody’s character completely and changed the Los Angeles Police Department captain from the 50-year-old male stereotype to an African-American woman played by Sonya Eddy. Jones became the main character, the film title changed; and The Third Society was made.

Steel found herself both in front of and behind the camera writing, directing, producing, editing and starring in the film. She adopted the name J.A. Steel to direct, write and edit under. The “Jones” character in the final cut of The Third Society went uncredited, as Steel never originally intended to play the “Jones” character.

Steel tapped into her music roots to write the song Angel Tonight for the soundtrack of The Third Society; and direct the music videos for Doesn’t Matter Anyway and It’s a Beautiful Day, both by the Emily O’Neary Band for The Third Society. She also collaborated with Edith Fung to create the music for the soundtrack of Dive the Deep Blue. Her third film Denizen was released in April 2010.