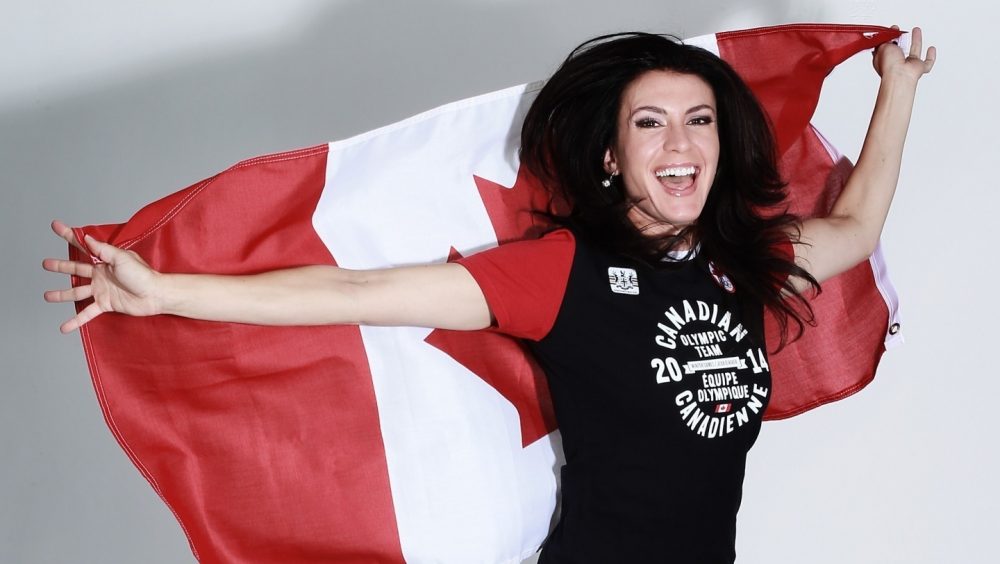 You took up sliding at the age of 15 years, encouraged by your cousin Ryan Davenport who was already an elite skeleton athlete. You became the national champion just three months after your initial introduction to the sport and reached the pinnacle of success on winning the bronze medal in the women’s skeleton event at the 2006 Winter Olympics in Turin. What factors you consider were responsible that made you achieve that?

The obvious is having a cousin who was so successful in the sport as an athlete and Ryan also was a sled builder so I had access to the best equipment in the world. But at the age of 15 I relied on my Dad and my stepmom to drive me 2hrs to Calgary from our ranch so I could train. As long as I showed the dedication and passion my parents did everything within their means to give me the opportunity to realizing my Olympic dream.

You won the Overall World Cup title in 2006. How did you feel before and after winning your first World Cup in 10 years of racing in the sports of skeleton and became the first athlete in the history of the sport to never finish out of the top three for the rest of the year?

Well it was a long process to be at the top of my sport but a lot of lessons were learned in the 1st 10 years of training and competing. One tough lesson was not making the 2002 Olympic team when I had won a Silver medal at World Championships in 2000. But it tested my grit and I was forced to figure out how to make it happen with surrounding myself with the right support team and learning how to win. So my 1st World Cup win was very special but it also kick started the momentum that was necessary to stay on the podium each race that year including standing on the Olympic podium in Italy.

You grew up as a country girl on a ranch. Raised around horses while hanging out with cowboys and cowgirls on the family farm. Prior to her skeleton career, you ran track and played basketball at a provincial level. How this has benefited you in excelling in the sports of skeleton? 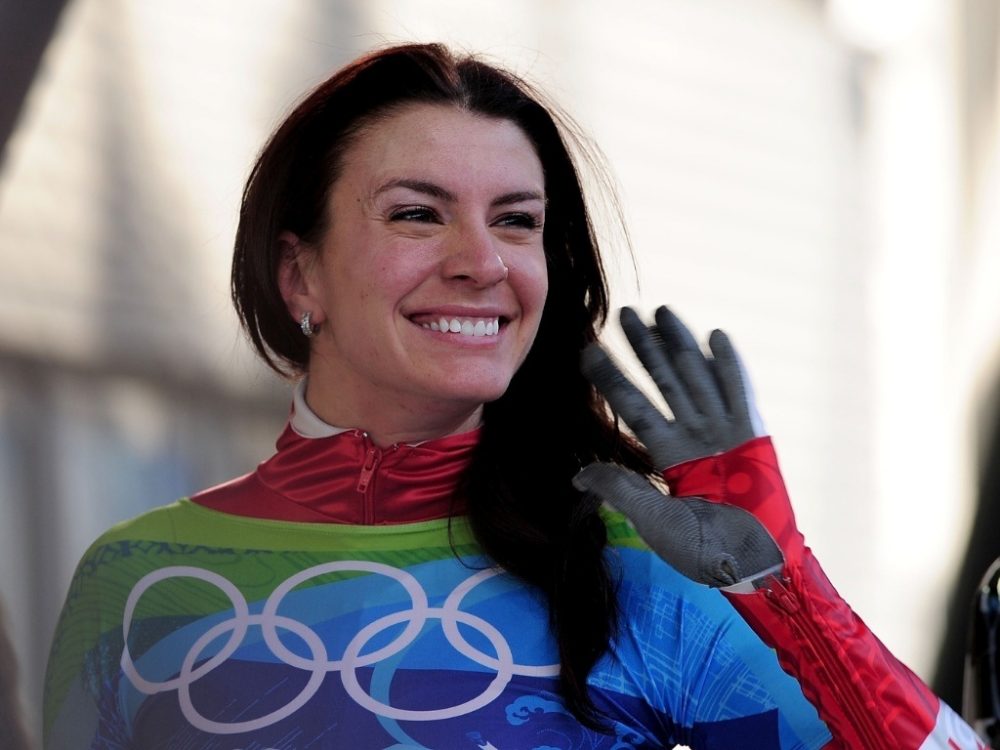 Having the athletic ability to push a skeleton sled is critical to be competitive in the sport. 1/10th on the push equates to approximately 3/10ths at the bottom so every hundredth matters.

When I was training as a skeleton athlete we train very similar to track and field athletes but specifically to that bent over position. We take anywhere from 13-20 steps on the start so you won’t see us doing 400m sprint repeat workouts but focusing more on that explosive speed and power that is necessary to get the 28-35kg sled moving off of the block.

There was always periodization to the programs so we would peak for specific races in the season. In the preseason early spring training we would be doing more circuit work to help build up our endurance to be able to complete the season. Even though Skeleton is considered a speed and nervous system sport, the runs down the track tax the nervous system so much that if you do not have stamina an athlete will quickly burn out and become fatigued. Once that system is built up and we are closer to the competition season we are doing very short sprints, heavy lifting sessions and technical speed work in the Icehouse.

During the actual racing season we are maintaining what we built keeping in mind the races we are to peak for so there will be a lot of rest and active rest built into the program. So earlier in the week we will have 1 big day of heavy lifting and sprinting as well as the sliding on the track and then there will be a day of yoga & sliding and a day of medium lifting/sprinting & sliding, a rest day and the day before the race we will have a stim workout that is very short bursts of power and speed so that may be sprinting or jumping with fast pushes so our nervous system is ready for race day.

Mellisa Hollingsworth on WomenFitness: Thanks Women Fitness website for all that you do to keep ladies up to date on great tips to stay healthy and fit!