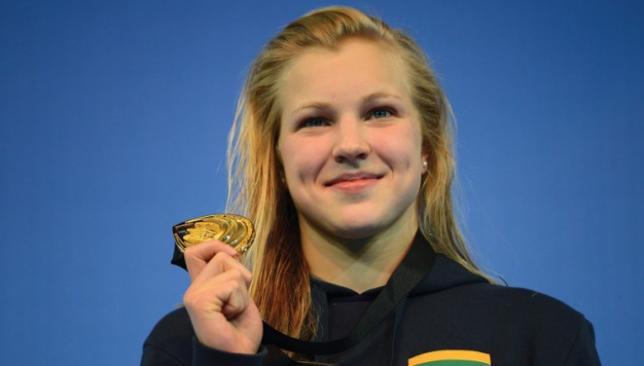 “She was clearly a talented kid,” reflected Rudd. “She was a freestyler and I thought it was nice, but it was immediately apparent that there was something pretty special about her breaststroke. “You don’t look at someone at the age of 12 and think there’s an Olympic champion, but her breaststroke kick was very, very good. “She was also athletic in her build, so we thought we had a good club swimmer on our hands who we could nurture and develop.” Such was Meilutyte’s talent that a deal was struck between the Lithuanian Olympic Committee and Plymouth College, which specialises in educating and training elite athletes like diver Tom Daley. The two parties agreed to split the £8,500-per-term fees, allowing the swimmer to immerse herself in the swimming programme.

Since then, an Olympic crown at just 15 has brought fame and a high-profile sponsorship deal, but Meilutyte has not used these perks exclusively for her own benefit. She regularly sends money back to Lithuania to help support her elderly grandmother and also her brothers’ education. “She sees what she can achieve in this sport as not a responsibility but a really good way of helping her family and providing them with some of the things that they need,” Rudd said. “Ruta knows she has this God-given talent and this ability and fantastic work ethic to go with it. Therefore, she’s able to cement a better future for her family with what she has achieved.

“She takes great pride in being able to do that for her family and so that shows what a fantastic character she is. For someone so young to feel that way is perhaps more admirable than winning an Olympic gold medal.” Meilutyte is nothing but modest when pressed on the subject. “There have been hard times and there have been good times,” she said.

“All of that toughens you up as a person and as an athlete. “My dad and grandmother always wanted me to be real, appreciate things in life and show values they have taught me.

I am thankful for that. “Without my family, I would be nothing and I think they helped me to become who I am today.” Taking on such responsibility at a young age could be seen as even more pressure, but Rudd said: “She’s one of the most determined and single-minded people I’ve ever met.”

This was clear in the hours after the teenager had edged her way to victory by 0.07 seconds over her idol and multiple Olympic champion Rebecca Soni at the London Aquatics Centre last summer. Rudd and Meilutyte had completed their post-race interviews, attended the official medal presentation, gone through anti-doping tests, a further round of interviews and meeting the Lithuanian president, before finding their way back to the athletes’ village. “You know that’s just the first one don’t you?” she told Rudd while tucking into a well-deserved ice cream. Meilutyte will hope to add to her World Championship medal collection when she completes in the 50m breaststroke event over the weekend. But Rudd is cautious about further events for Rio 2016.

“Do you try to secure one gold medal in Rio or do you go for a range and end up with two bronzes?” he said. “She loves swimming freestyle and the 200m individual medley is something she does for a bit of fun and to release some of the expectation and pressure. “One thing in my mind for certain is I won’t allow anything to compromise success in the 100m breaststroke.” Rudd sees plenty more to come in that event, despite his protégé powering to a world record time of one minutes 4.30 seconds earlier this week. “There wasn’t a perfect race in any of her three races,” Rudd concluded. “There was a poor finish, a poor turn and a poor start, but that gives us something to work on.

“She wants to put that right and when she does I think she’ll be the first girl under 64 seconds.”