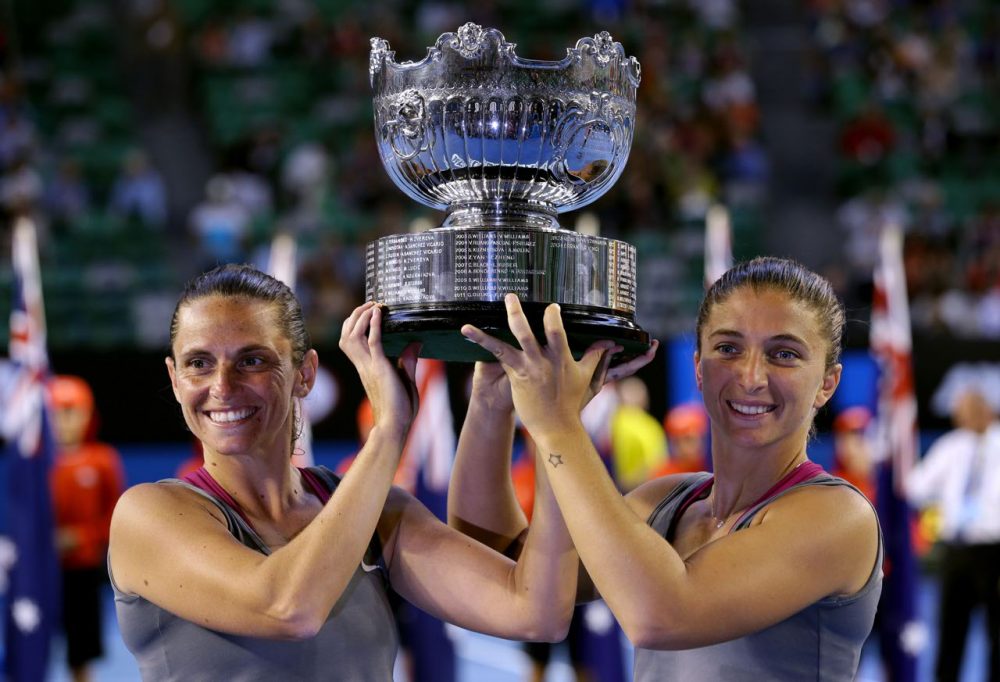 How did you feel before and after your memorable win of Australian Open 2013 Women doubles with Roberta Vinci?

Well it was great!!:) We made final in 2012 and we lost so last year when we finally won was absolutely amazing…Before there was a little bit of tension but I think it’s normal…you have to cohabit with that…
After a lot of joy and pride 🙂

It is known that you had fought back in matches with sheer determination against all odds and returned to win. How you were able to overcome mental block when you are trailing and then reversed the final outcome of the match in your favor and what advice you wish to give to the fellow sports person in a similar situation? 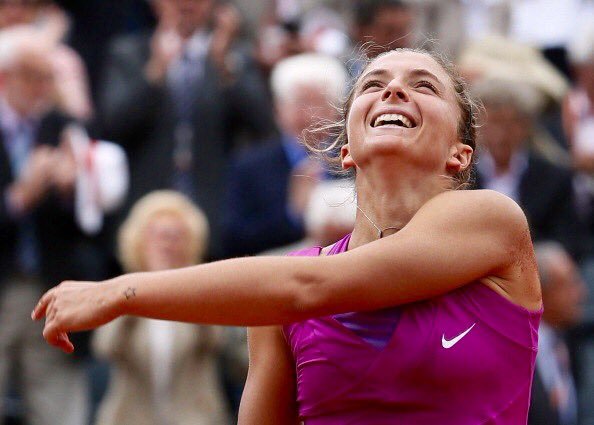 Well like I said before: never stop fighting and never stop to compete…point after point and game after game. Just think win next point…then the other one…I’m not thinking when I’m trailing oh God I have to win two sets…no…Just point after point…it’s not so simple I know :)) but this is the way…also I think you have to be good to maintain lucidity when the match is really contended… Follow your plan that you’ve made with your coach…and you have to control the game and not let the game control you..

You have won women tennis doubles French Open 2012, US Open 2012 and Australian Open 2013 and was runner-up in French Open 2012 Singles and also has won numerous other awards. How you remain so humble and lovable? Success has not made you the least arrogant and proud which is mostly with all the celebrity stars?