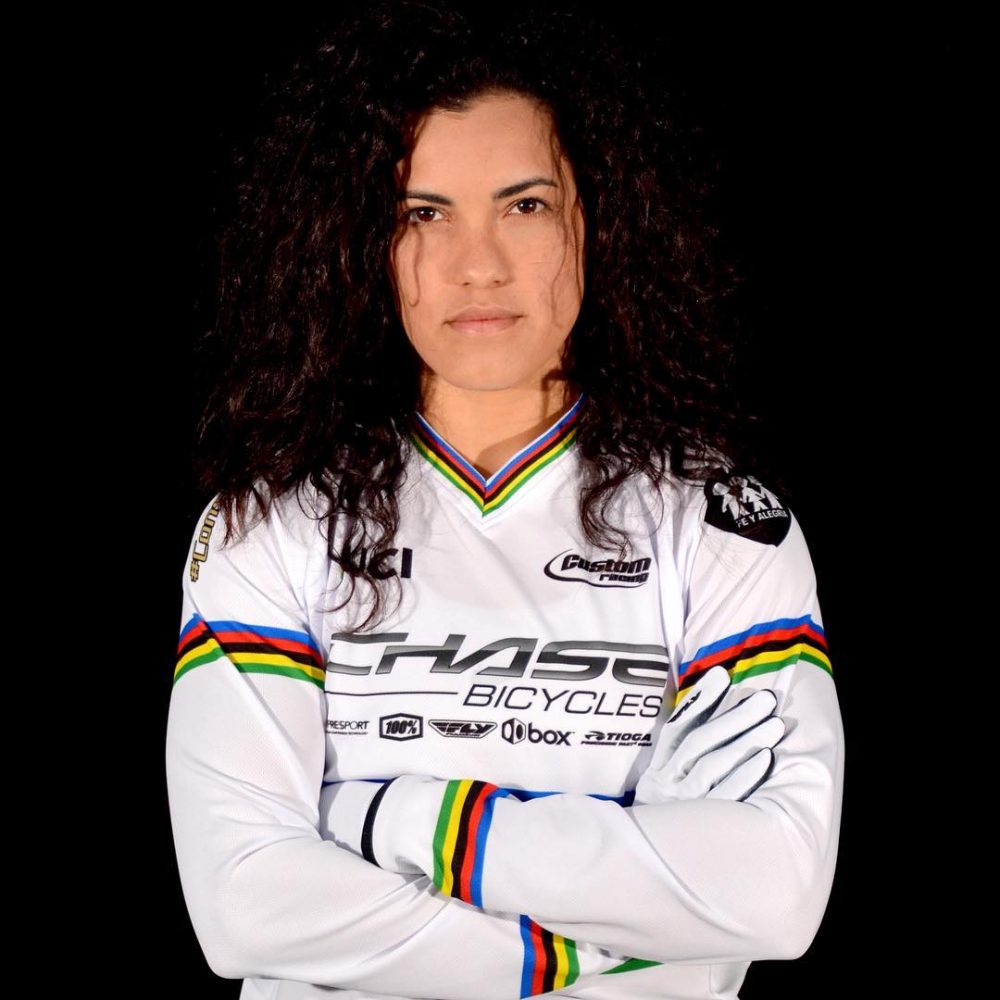 Stefany Hernández was born at Guayana, Bolívar, Venezuela, she is a Venezuelan racing cyclist who represents Venezuela in BMX. She represented Venezuela at the 2012 Summer Olympics in the women’s BMX event. She was fifth in her semifinal heat. Her final standing was ninth. Stefany Hernandez moved from Venezuela to Switzerland to ride BMX 100%.

“I have been very consistent this year,” says the 23-year-old who finished 6th in the 2014 UCI Ranking with the same number of points as 5th-placed Manon Valentino, of France. The young Venezuelan finished fourth overall in the UCI BMX Supercross World Cup with two podiums, two fourth-places and one fall in the semi-finals. Since arriving at the UCI World Cycling Centre in 2012, Stefany has steadily progressed. The plan is to continue that progression in 2015 and be in peak form for the 2016 Olympic Games in Rio. The prospect of racing at the Olympics so close to home is a particular source of inspiration.

“I love the energy in South America,” enthuses the young athlete. “I love being on the track and doing what I enjoy. If you give 100% every day and work hard you can be regular and consistent. Then all of a sudden you look back and realise ‘wow, I’ve already achieved all that…’

Her positive attitude has been severely challenged at times, for example when she broke her ankle the year before the 2012 Olympic Games: “It was a difficult and stressful preparation.”

The convalescent BMXer arrived at the UCI World Cycling Centre in Aigle, Switzerland, for the first time just four months before the Games. Despite getting back into good shape, Stefany fell in the semi-final in London and did not even get the opportunity to line up in the last eight. It was a make or break situation in her career which saw her return to Venezuela, give up sport and “go crazy” for a few months.

“But I wasn’t happy like that. I wanted to be Olympic Champion and I knew what I had to do. I had a lot of chance that Thomas Allier (WCC coach – ed) believed in me. In January 2013 I was ready to go and we are on the right path. I think when you look back, all the disappointments are just steps on the way to something.” 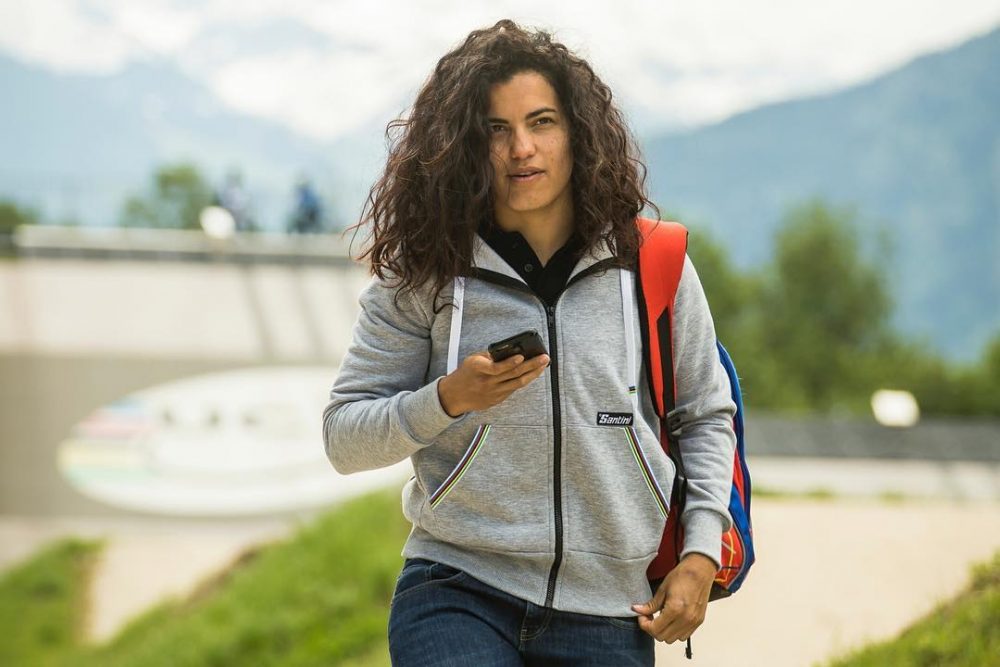 The first step of her BMX career began, literally, in her mother’s womb. Stefany’s mother started having contractions while watching a BMX race. Born into the sport, the little girl followed in the footsteps of her two older brothers and competed in her first UCI World Championships, in the Challenge class, in Louisville (USA) 2001. Her brothers were also racing and their father sold his car so he would have enough money to take them.

Finances continued to be an issue until 2009 when Stefany beat the then Junior World Champion, a certain Mariana Pajón, in a regional race. “Things really started to take off then. The Venezuelan Government gave me some money and I started racing and training in France. I had always admired the French athletes. To me they were like rock stars! Something changed in my head and it was around then that I realised I could get to the Olympic Games.”

The 23-year-old athlete is certainly not getting rich from her sport, and considers herself extremely fortunate to get support from Olympic Solidarity. But money is secondary: “I do what I love and I have a coach who believes in me. Thomas is so passionate and follows us closely. All the staff at the UCI World Cycling Centre are amazing. I am so lucky.”

This winter is the first one that the BMX athletes will spend at the WCC. When the weather permits they will continue riding the centre’s Supercross track, complemented by specific sessions on the velodrome and workouts in the gym. It’s a far cry from the sunny warmth of Venezuela but for Stefany there is no problem with that: “I like winning and I know what I have to do.”